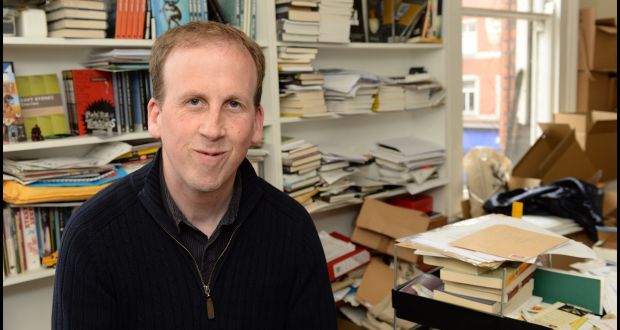 Literary magazines and independent presses have become so synonymous with discovering the most interesting, un-hyped new writing that it is now hard to imagine the publishing scene minus this vital kick-off point. Indeed, it might be not too controversial to venture that in some cases mainstream publishing looks to independents to do its initial work for them, before reaping the benefits with budgets tiny presses cannot match.

Ireland’s The Stinging Fly, a champion of new writing since its first triannual issue appeared in spring 1998, has fulfilled the role of both periodical and publisher for well over a decade. In 2005 it started The Stinging Fly Press, which launched the international careers of Colin Barrett, Kevin Barry, Mary Costello, Claire-Louise Bennett and Danielle McLoughlin, all now in print with larger publishing houses.

Co-founded by Aoife Kavanagh and Declan Meade (who continues as publisher), The Stinging Fly late last year appointed Sally Rooney, whose Conversations with Friends was one of 2017’s most acclaimed and accomplished debuts, as editor of the magazine, continuing a valuable tradition of practitioner as editor which had been set from 2014-2016 with Thomas Morris, author of the collection We Don’t Know What We’re Doing.

It seems fitting, then, to celebrate the past 20 years with an anniversary anthology, of 40 stories selected by the Fly’s Declan Meade and critic Sarah Gilmartin, who, for the past few years, has been The Irish Times’s debut fiction reviewer. As Gilmartin comments in her introduction, “The stories are about anything and everything. The ones that excel draw us fully into an experience, scratching away at the surface to explore what lies beneath.”

That said, there has been a preponderance of anger-fuelled, brilliant fiction since 2008 and the fallout from the boom of the Celtic Tiger years, a crash which occurred 10 years after the Fly began publishing, as Gilmartin notes: “The stories . . . chart many different Irelands, perhaps unsurprising for a form that deals so well with the desperate situations of ordinary people.”

Ordinary people and desperate situations make for some extraordinary interpretations. Ordered by author surname, but not chronological in terms of year, the anthology focuses, in the majority, on writing from the past decade, opening with a trio of searingly downbeat stories from three of Ireland’s biggest contemporary literary stars (a happy alphabetical accident): Colin Barrett, Kevin Barry and Sara Baume. Both Barrett and Barry (the latter teasing out the glorious baroque style showcased in novels such as City of Bohane and Beatlebone) focus on small-town misfits: in Barrett’s Let’s Go Kill Ourselves, a student’s winter visit home brings an unexpected encounter with the guy no one liked at school, and an unlikely nemesis: “we were both probably trying to figure out who was who’s apparition”.

The not-so-gentle giant in Barry’s Last Days of the Buffalo carries a vast bulk masking emotional stuntedness; his loneliness “would go through you, if you were any way unfortunate enough to be soft-natured”. Sara Baume’s grief-cracked Fifty Year Winter, prefiguring her novel Spill, Simmer, Falter, Wither, is characterised by the silence of black ice and frozen birdbaths. “It’s the winter my mother dies and the winter I lose my job and the winter my father comes back up the driveway on Christmas morning carrying a black bin liner bulging full of dead dog.”

In Mary Costello and Molly McCloskey’s quietly melancholic Things I See and Pixels, which could almost have been written as companion pieces, their protagonists – in Costello’s a woman, and a man in McCloskey’s story – conceal their respective heartbreak at a partner’s ongoing infidelity. The washed-out young mother of Things I See “cannot bear large vistas, long perspectives, lengthy hopes”: she writes of her husband: “I am exhausted at the effort of tracking him.” The husband and wife in Pixels travel abroad after she tells him that she is in love with someone else. In Paris, “he wanted to ask her how it felt then, switching between two men . . . Did they cancel each other out, like a double negative?” Her final leavetaking will occur in a manner neither of them can have foreseen.

There is no such resignation in Lisa McInerney’s uproarious, scintillating The Butcher’s Apron (aka the Union Jack flag), commissioned for the Fly’s 2016 In The Wake of The Rising centenary issue. It’s a tragicomic tale of drinking friends Pup, Sparky, and a hated flag that won’t be lowered: “. . . there is a clamminess to the wind and to their surroundings, darkness in the concrete under them: the earth is nervous”. Observation is acute: “Boom bust boom. There is an economic recovery, the news says: in Dublin only the news will not concede.”

This post-boom tension persists in Sean O’Reilly’s All Day and All of the Night in which a longtime Derry couple’s break-up and angry reconciliation mask the real anguish of their next door neighbour’s financial and emotional reckoning; the violence threaded through Wendy Erskine’s To All their Dues where entrepreneurial beauty salon owner Mo refuses to be cowed by local racketeer Kyle, and Desmond Hogan’s Kennedy, a tale steeped in biblical, ancient history and nature references that cannot mask the brutal gangland killing of a young man: “A 19-year-old youth is made to dig a shallow grave in waste ground beside railway tracks near Limerick bus station then shot with an automatic pistol. Eyes blue-green, brown-speckled, of blackbird’s eggs.”

Experimental fiction comes in the form of Claire-Louise Bennett’s cherishable Finishing Touch (later reworked as one of the sections in her novel of sequences, Pond); and David Hayden’s typically spare, Beckettian, Return with lyrical enigmatic turns from Claire Keegan in Dark Horses and Danielle McLoughlin’s Night of the Silver Fox. The dark unknowability of childhood and teenage years are beautifully rendered in Oisín Fagan’s Jessie and multiple award-winning poet Sinead Morrissey’s The Day I Brought Water.

Characters in temporary exile from Ireland claim two of the many stand-outs in the collection, both set in the US: Hurricane Sandy is the backdrop to a tale of awkwardness and claustrophobia as a young Irish woman moves in with her aunt on the outskirts of Boston and her aunt’s mysterious male lodger from Inigushetia, in Mary O’Donoghue’s clever, riveting During the Russian Blizzard; and my personal favourite in an almost overwhelmingly excellent compilation, Keith Ridgeway’s Andy Warhol. A young gay man waits outside a clinic in Dublin in the mid-1980s, reluctant to discover his test results following a hedonistic few months in New York, where he fearfully rejected an offer of love from a charismatic, vulnerable drag artist, settling instead for nights of anonymous sexual encounters. “There are only the multiple pinpricks of living, and the tiny scars they leave,” he reflects. “And if you look at them in a certain light they can look like constellations. But the stars are senseless too, dead or dying, and their light is a memory.”

Sarah Gilmartin mentions “hundreds of worthy contenders that didn’t make the cut” for this essential anthology. Subscribe to The Stinging Fly and discover them for yourself.