Something to Live For review: Meaningful end for all the lonely people 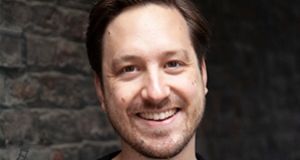 Book Title:
Something to Live For

Here’s a challenge: try to get through Richard Roper’s debut novel Something to Live For without humming Blue Moon. The charming, touching story about a lonely man in his 40s (with a penchant for the music of Ella Fitzgerald) is firmly in the up-lit category of commercial fiction and a good choice for an easy beach read this summer.

Up-lit, or life-affirming storytelling, lives or dies in its characters and in the author’s ability to create an original, vibrant world. Two stellar examples of this in recent years are Gail Honeyman’s Eleanor Oliphant is Completely Fine and Dear Mrs Bird by AJ Pearce. Libby Page’s The Lido is another example, though quite not in the same league. It was, nonetheless, a bestseller.

Roper’s protagonist Andrew works for the council, helping to organise “paupers’ funerals” for people who die without friends or family. Their sad stories are inserted throughout the text, coming to life in a few short pages. Predominantly older and male, these are people who have, for whatever reason, dropped out of society. Particularly sad is the story of Alan and Beryl, a couple in love separated by depression.

The clever structure works on multiple levels. It makes Andrew immediately sympathetic to the reader – a decent guy who tries to give those marginalised in life some sort of meaningful end. The stories of these individuals also mirror the problems in Andrew’s own life, acting as a kind of cautionary tale about the future he will end up with unless he sorts himself out. With an unhappy but eminently believable backstory of a dead father, an emotionally unstable mother and a semi-estranged older sister, Andrew is clearly in the danger zone himself. Except for the fact that he has a lovely wife, two lovely children and a lovely detached house in a posh suburb close to his work. Or does he?

Roper sets up a compelling mystery from the beginning. Andrew frequently discusses his family with colleagues, yet when he comes in from work in the evenings, no one ever bothers to greet him. Not for 20 years. What unfolds is a well-paced and surprising story that gets to the core of a life derailed. We might wonder how someone ends up with no one at all in the world. Well, we learn.

Roper, who is in his 30s and lives in London, was inspired to write the novel after reading an article about council workers who deal with the funerals of people who die without loved ones. A non-fiction editor for Headline, his debut was bought in a major pre-empt deal and rights have sold in more than 20 territories to date.

The novel is a creative take on the story of loneliness, told in a breezy tone, further lightened by the arrival of a new co-worker Peggy. With her own marital problems to contend with, Peggy finds a confidante in Andrew and the two click over pints and table quizzes and their dark, quirky sense of humour. The dialogue is strong throughout: “Nothing like a four-and-a-half-hour trip on a train that smells of piss to cure a hangover,” says Peggy, as the two take a trip away for work, in a somewhat forced turn of events.

The trajectory of their relationship is more believable, with Roper eschewing the typical rom-com climax for a nuanced and satisfying ending. Elsewhere – a ridiculous Come Dine with Me set piece where Andrew gets help from his trainspotting friends, or in his overreliance on Ella Fitzgerald – the scaffolding of genre fiction is too apparent.

Something to Live For also fails to reach the heights of Pearce or Honeyman. The craft is not as finely tuned, the descriptions sometimes lacking finesse. The first page, for example, is weighed down by adverbs: horrifyingly, unnervingly, unforgivingly, ordinarily. At times the prose is plodding: “To his surprise, he actually had a new text. To his disappointment, it was from Cameron.” Elsewhere, the descriptions ring false: a smile faltering like a flame in a draught, a dog-eared tennis ball.

But Roper’s book is also the kind of heart-warming story that makes a reviewer feel like a pedant for calling out such anomalies. The unevenness is forgivable in a book that brings so many other pleasures, not least a vivid cast of side characters whose problematic lives bleed nicely into Andrew’s.

Something to Live For is a story about the problems we encounter as human beings and the connections that save us. A book that will leave you humming Blue Moon, it could easily have gotten its title from another song that Fitzgerald famously covered – Someone to Watch Over Me.