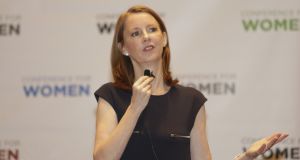 After the news broke of David Bowie’s death, my brother in law recalled his own encounter with the great man. A few years ago, he was working in a well known London bookshop when he was approached by Bowie, who was looking for books by the philosopher John Gray. He looked Gray up on the system and took the music legend to his work.

Alas instead of taking Bowie to books such as Black Mass: Apocalyptic Religion and the Death of Utopia, he led him to a shelf devoted to another John Gray – author of the gender-essentialist self-help series Men are from Mars, Women are from Venus. Strangely enough, this wasn’t what Bowie was looking for. And my brother in law, having led one of the coolest men of all time into what was possibly the least cool section of the bookshop, wanted the ground to swallow him up.

Self-help books are not a recent development – the genre has been around in some form or another since the ancient Egyptians created scrolls of instructions on how to live a better life. Mocking self-help books is not new either. In 1913, GK Chesterton wrote an essay called ‘The Fallacy of Success’, in which he lamabasted the ubiquity of “books showing men how to succeed in everything. They are written by men who cannot even succeed in writing books”.

Yet in recent years we’ve seen the appearance of books that can roughly be described as “self-help books for people who wouldn’t normally read self-help books”. From writer and presenter Ruby Wax’s recently published A Mindfulness Guide for the Frazzled (Penguin, £12.99) to Cheryl Strayed’s Tiny Beautiful Things (Atlantic, £8.99), from Sarah Knight’s funny but useful ode to “not caring”, The Life Changing Magic of Not Giving a F*** (Quercus, £12.99) to Gretchen Rubin’s Better Than Before (Two Roads, £8.99), it’s all a long way from Chicken Soup for the Soul.

These are all very different books, but what they have in common – and what differentiates them from some other books in that part of the bookshop – is that they’re self-aware and witty, avoiding preaching, platitudes and stereotypes in favour of personal confessions (and in some cases profanity). They generally avoid neologisms and jargon (though Knight uses jargon for comic effect) in favour of clear, straightforward language.

As a result, they are winning over hitherto sceptical readers. Last August, the New Yorker’s Sarah Larson wrote about her love of Gretchen Rubin’s books on happiness. “I don’t read self-help books,” wrote Larson, but she’d been won over by Rubin’s entertaining, enthusiastic and practical advice, and an approach based less on hectoring her reader than on getting that reader to understand him or herself.

“She’s not trying to make you perfect,” wrote Larson. “She just wants you to get enough sleep and to enjoy, rather than dread, celebrating loved ones’ birthdays.” [CROSSHEAD]You’ve made your bed[/CROSSHEAD] I know exactly how Larson feels. A few years ago, I read Rubin’s first book, The Happiness Project, for an article I was writing. Almost on a whim, I tried some of her most basic advice – such as making my bed properly every morning.

This wasn’t an arduous task, but it was something I had to remind myself to do. And, as Rubin had predicted, it gave me a sense of both neatness and, weirdly, accomplishment. I didn’t manage to follow all of Rubin’s advice, but I will say this: I have read all three of her books, and every suggestion I’ve tried has made me feel better.

As a result of reading some of the books I mentioned above, while my natural instinct when confronted with advice on how to live is still to roll my eyes, I now judge each self-help tome on its own merits. You could even say those books have changed my life.