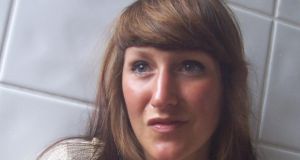 Sara Baume: “As loath as I am to accept the idea of having to fraternise in order to succeed, the reality for most of us attempting to pursue a career in the arts is that a stint of volunteering is a rite of passage”

The next time you attend an event at an arts festival, take a second look at the person who punches your ticket, who ushers you to your seat, who passes around the mobile microphone during question time. The likelihood is that they are themselves aspiring artists or writers or musicians working for free in order to get a foot in the door of their chosen profession. As loath as I am to accept the idea of having to fraternise in order to succeed, the reality for most of us attempting to pursue a career in the arts is that a stint of volunteering is a rite of passage. A decade of toiling in the verges of your desired road is not at all unusual; some might say if it only takes a decade, then you’re one of the lucky ones.

In 2011, I moved to rural Cork after several years in Dublin. Opportunities to participate in any kind of arts scene were abruptly few and far between. I’ve always found social situations daunting, yet living in the city I’d done reasonably well to overcome my ingrained awkwardness, allowing myself to get lost within and swept along by the crowd. Removed from familiar distractions, my old apprehensions returned to needle me. Because I was desperately trying to become a writer, in the autumn I forced myself to volunteer for the Cork International Short Story Festival.

Organised by the Munster Literature Centre, when the festival was founded in 2000, nowhere else in the world was hosting an annual event devoted solely to the short story. In the years since, many such events have sprung up and the form has gained significant popularity. What remains special about the Cork festival is its seamless commingling of the local and global, the way in which it manages to be cosy and titillating both at once. In his introduction to this year’s programme, the director, Patrick Cotter, emphasises the importance of a friendly atmosphere, and through every one of my experiences as a volunteer, this is how the festival has defined itself to me.

On my very first day, I found myself eating a free lunch with the writers and staff altogether around a large table in the cafe overlooking the English Market. I remember chatting with the author Helen Dunmore, how she told me about the view from the room where she works, how she considers a pleasing view conducive to good writing. Later in the week, a different chat with the editor of a UK-based journal yielded me the opportunity to begin publishing my book reviews online. 2011 was the first year that the Frank O’Connor International Short Story Award, which runs in tandem with the festival, was won by an Irish writer, and it was also the last year the winner hadn’t been announced in advance. On the final night I was charged with filming the presentation ceremony, and I’ll never forget the expression on Edna O’Brien’s face at hearing Saints and Sinners named as the winning collection.

In 2012, I didn’t hesitate to volunteer again. That was the year I got to meet my short fiction idol, Lydia Davis, who memorably complimented the mismatched buttons I’d sewn onto my tweed coat. It was also in 2012 that I befriended one of my fellow volunteers, John Keating, and was invited to join his writing group, Penwork. During the several months I met with them each fortnight in a poky function room above a city pub, it was great to have a sounding board for pieces I was otherwise writing in a vacuum. It was to Penwork that I brought the first few chapters of an early draft of a novel I was attempting to write, and to which I received a generalised thumbs up, a heartening “KEEP GOING!”

Yet it was because of the selfsame novel that I avoided volunteering for the festival in 2013. Last year’s festival fell shortly after I’d finished and sent out my first manuscript. Although this was a point toward which I’d earnestly been working, I couldn’t have predicted how crushed I’d feel once it was done and gone, how demoralised by the realisation that I was no longer the one in control of this thing which meant the universe to me, this thing upon which I was convinced the totality of my future was riding. I couldn’t bear the thought of sitting behind the ticket desk or diligently selling copies of books by successful writers, all the while silently consumed by the impending sink or swim of my own.

It wasn’t until the beginning of this year that I started to feel as if I‘d finally hauled myself out of the ditch and onto the road, albeit a narrow, tangled track with a strip of grass growing up the middle. In January, my novel was accepted for publication and, in June, a somewhat strange story about a woman obsessed with catching an elusive flatfish won me the 2014 Davy Byrnes Short Story Award. Slowly, slowly, I began to see the road widening out a little, the grass receding, the potholes beginning to smooth themselves over.

And for this year’s festival, I’ll be on the podium as opposed to behind the ticket desk. On the night of September 20th, I’ll be doing a public reading with writer Danielle McLaughlin, and as a support act to the presentation of the 2014 Frank O’Connor Award, which this year goes for the second time to an Irish writer, the inimitable Colin Barrett. And on the sales table, I am confounded and honoured that there’ll be a book with me in it, the Davy Byrnes Stories 2014. In spite of my excitement, I expect that once confronted with the notorious podium, I’ll immediately feel like climbing back under the ticket desk to hide, and that I must first restrain and then remind myself that I worked my way up to this; that this is how it’s supposed to happen.