This A student turned artist and award-winning author’s career has consisted of the dole, a minimum wage job, subsistence and uncertainty – and she’s a success

Sara Baume, with her cheque for winning the 2014 Davy Byrne’s Short Story award: “Last summer I won €15,000, a massive sum by everyone’s standards, but as anybody trying to pursue a career in the arts will tell you, it isn’t going to be spent on continental holidays and cutting-edge gadgetry, or central heating for that matter. Every cent goes back into funding new projects, or towards freeing up the time in which to realise them. So long as I’m thrifty, my prize fund can be eked out for the best part of two years of rent, groceries and petrol.” Photograph: Dave Meehan

During December, I was invited back to my old secondary school to cut a ribbon for the opening of the students’ annual Christmas market. It was a strange experience; I felt a bit of a fraud of a local celebrity. In previous years they’d had a ladies football champion and Dervla from Crystal Swing. I was invited because I won a short story prize and because the principal had seen a tiny piece in The Irish Times in which Joseph O’Connor anticipated the publication of my book.

I’ve done a few similar events in recent months, but my old school seemed particularly significant; a home gig, an audience I hadn’t really expected to reach. After the ribbon was snipped, I went up to the staff room and my former teachers came over to shake my hand. It’s 12 years since I left school and so I suppose it seemed to them as though I’d disappeared for upwards of a decade and reappeared a success; I felt a bit of a fraud in the staff room too.

What I didn’t tell my former teachers over tea and biscuits was that I’ve mostly been on the dole since finishing college, that the last time I was in paid employment was as a waitress earning minimum wage. I expect they’d have been surprised to hear this. I was always top of the class as a child; I got over 500 points in my Leaving Cert, a first-class honours in my bachelor of arts, a masters of philosophy. I always worked hard. Had I applied myself so assiduously in any other field, I like to think I’d be comfortably well off now, but this isn’t how it works in the arts.

Recently, on more than one occasion, I’ve met people who seem to think that, because I won a lucrative award, because I’m about to have a book published, this means I’m doing well financially. In fact I still live in a flat without central heating; I still have a 1998 licence plate, I still drive to my parents’ house every Sunday to squash a bag of rubbish into their wheelie bin.

Last summer I won €15,000, a massive sum by everyone’s standards, but as anybody trying to pursue a career in the arts will tell you, it isn’t going to be spent on continental holidays and cutting-edge gadgetry, or central heating for that matter, or bin charges. Every cent goes back into funding new projects, or towards freeing up the time in which to realise them. So long as I’m thrifty, my prize fund can be eked out for the best part of two years of rent, groceries and petrol. Even though I know I desperately need to buy a new laptop, a new phone, a new car; I haven’t the courage to spend a lump sum on any of these things because I’m afraid I’ll soon find that I need the money just for living, and my utmost priority is sustaining a daily existence in which I can write and make, the only things which matter to me, which provide any sense of accomplishment, which have any meaning. 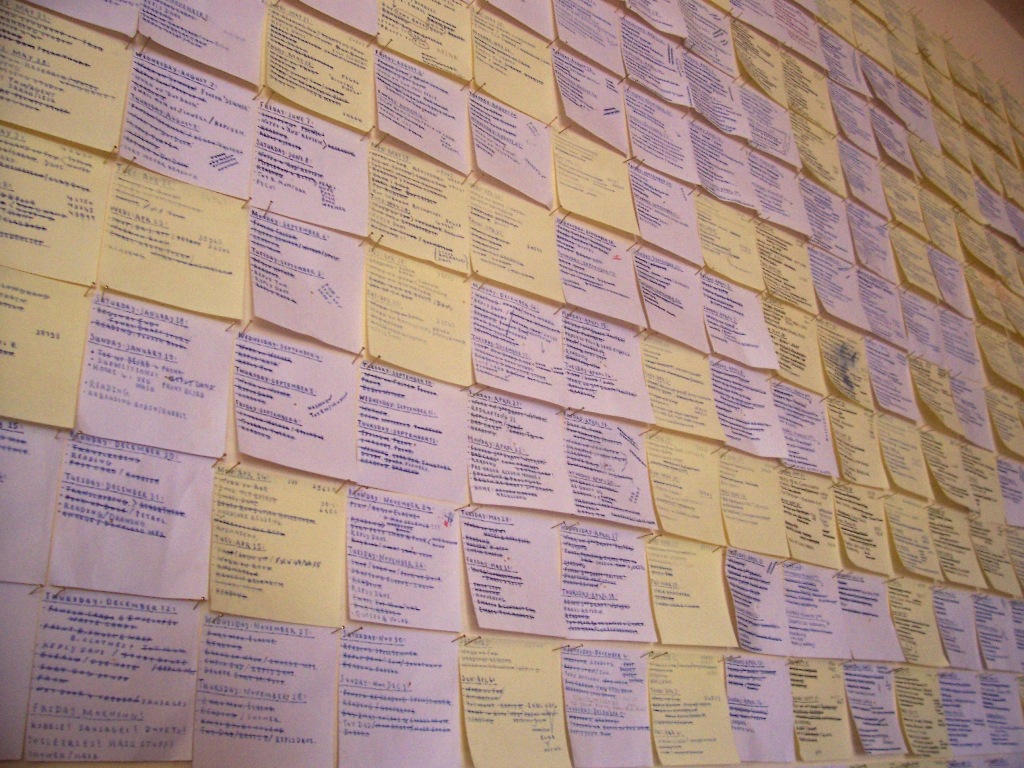 As for the book, I’ve had to somewhat clumsily explain that it’s of a genre called literary fiction that doesn’t sell very well, and that they must be confusing it with a genre called popular fiction which does.

So last year I won a significant short story prize, was shortlisted for another and secured a two-book publishing deal, but my Arts Council grant application was turned down. When I requested feedback as to why I’d been unsuccessful, I was given no exclusive explanation; there were simply too many worthy candidates and not enough money, as is the case every year.

Any one who has ever applied for an individual bursary will attest to how difficult it is, and how, if at last you do manage to secure funding, you list it in your artist’s bio as if it were an achievement of great magnitude. My experience of the Arts Council is that it isn’t there to help us succeed; it’s only there to support us once we’ve succeeded alone.

I remember how, several years ago now, I met up with a group of my old school friends. We were all a couple of years into different college courses in different cities. Over coffee, my friends got on to the topic of starter salaries, and I remember how I suddenly fell silent. I’d never heard of a starter salary. I’d never taken income into consideration at all, because I loved what I did; I believed in it implicitly.

When I was a child, and then a teenager, I was always encouraged to be ambitious, to imagine that I could do anything so long as I put my mind to it and worked hard, and to do what I loved, to “follow my dreams”. Which I always did, but several years on, society no longer seemed so amenable to my imagination. Instead, gradually, society has made me feel foolish for devoting myself so fervently to a career so unlikely to earn me any money.

“Not caring about money” is a considerable taboo in Irish society. You are supposed to care enough to be driven to get a job, it doesn’t matter how thankless, pointless, inappropriate, soul-crushing or poorly paid it is. You must have a job, any job. With the money you earn from your job, you must buy stuff, as much stuff as possible, to create jobs for other people; this is the solution to everything.

Had any of those students at the Christmas market in my old secondary school asked my advice as to how best to sustain a career in the arts, I’d have said, “secure a rich and understanding spouse”, and I wouldn’t have been joking. But first of all, I’d have warned them, strenuously: you have to really care about art above and beyond everything. If you want an ordinary, comfortable life; if you want to acquire property and a pension fund, have a big white wedding and raise kids, go on continental holidays and come home to central heating, then the arts really isn’t for you.

And if you’re still wholeheartedly determined, then brace yourself for a life of subsistence and uncertainty, even when you’re doing well.