Saltwater review: A coming-of-age novel and a fluid and crisp love note to a mother 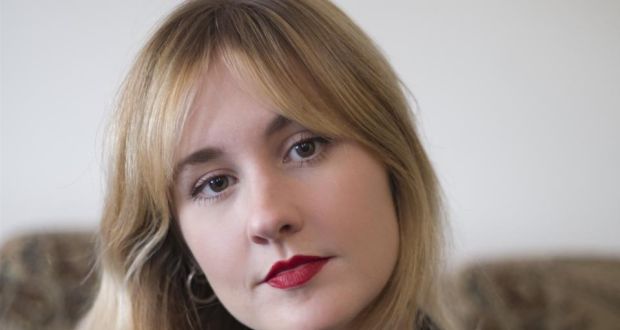 Andrews grew up in Sunderland and has been published by the Independent, Somesuch Stories, AnOther, Caught by the River, Shabby Doll House and Papaya Press

Jessica Andrews’ debut novel Saltwater is, much like its title, fluid, crisp and bracing. Quietly experimental in form – short numbered snippets that recall the writing of Maggie Nelson and Jennie Offill – the book explores familial bonds, class identity, the longing for home and the simultaneous desire to escape it.

The sense of fluidity is central to the book, in form, language and setting. Protagonist Lucy drifts in and out of thoughts that easily link the different parts of her life. The present tense narrative sees her move to remote Donegal to stay in her late grandfather’s cottage following her graduation from a London university. In Ireland, Lucy has the distance and time to recollect on her life to date. What emerges is a beautifully structured coming-of-age tale that shows a family’s enduring love for each other through difficult years of alcoholism and loss.

An unforced mystery gives momentum to the book, with Lucy and her mother no longer as close as they once were. After settling her daughter in Donegal, the mother leaves for England: “Things were still not right between us. I knew she was trying to teach me something important, about how to be in my life, but I was too angry with her to listen.”

Lucy’s parents have been separated since she was a child, with her father’s alcoholism movingly examined over the course of the narrative: “Often he would have eaten so little and drunk so much that he would have to go to hospital to be put on a drip and be rehydrated. His whole body shook and blood dribbled down his arms as my mother ironed her heart into the creases of my school shirts.”

This heart is the lifeblood of the book, as Lucy’s relationship with her mother ebbs and flows over time. The love they have for each other, the anger, the difficulty of separation. By moving to Donegal, Lucy in part repeats her mother’s story. When she hooks up with a local in a bar, the neighbours gossip: like mother, like daughter. An engaging second person voice directs many of the early passages to the mother from the voice of a newborn baby that later aches with separation anxiety as Lucy grows up and encounters other loves: “I learn the slippery velvet of him. An electric fur that takes me away from you.”

Andrews, who writes fiction and poetry, grew up in Sunderland and has been published by the Independent, Somesuch Stories, AnOther, Caught by the River, Shabby Doll House and Papaya Press. She teaches literature and creative writing classes and coruns the literary magazine The Grapevine, which aims to give a platform to underrepresented writers. Her writing is steeped in nature and the physical world. Adrift in Donegal, Lucy describes her state of mind: “I was slipping through the holes and down into the deep underbelly of the ocean.”

Some of the most interesting sections in the book delve deep into the subject of the body. From the moment of childbirth – “It begins with our bodies. Skin on skin. My body burst from yours” – to the flighty, undernourished existence that Lucy lives as an arts student in London, Andrews has many insightful things to say on the female experience. As a teenager, Lucy has the type of body that gets noticed by men: “I want it and I do not want it. I want to be visible and I want to be invisible, or perhaps I want to be visible to some people and not to others.” Through Andrews’ lyrical style, her character’s interiority is laid bare: “I want to bury the sad sick parts of myself deep dark inside so that no one will know I am swollen with want, like a dead body pulled from a river.”

I  want a life that is full, which means dirty and delicious

Lucy is both self-reflective and outward looking in her love of nature, a creative, deep-thinking protagonist not unlike those of Sara Baume or Lisa Owens. The poet and novelist Angela Readman’s recent debut Something Like Breathing also comes to mind. But Saltwater is uniquely its own: a love note to a mother, a bildungsroman, a young woman on the cusp of new adventures and a more considered way of living.

In London, we get scenes of crazy warehouse parties, sleazy bar owners, poor grades and class struggles as Lucy works part time to support her education. In the remote landscape of Donegal, however, a new woman emerges. Echoing the fluidity elsewhere in the book, there is a poignant moving away from the meagreness and restriction of her old existence: “I want a life that is full, which means dirty and delicious. Order seems to mean emptiness, or at least it does for me. I want coffee spilled on the carpet and stew slopped across the stove … I want to learn abundance; how to have things without fear.”