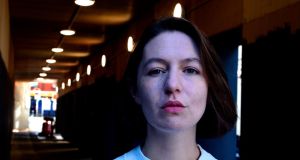 Normal People by Sally Rooney and From A Low and Quiet Sea by Donal Ryan have been shortlisted for the Costa Novel Award, the most prestigious award for a novel open only to British and Irish authors.

Rooney and Ryan were also longlisted for this year’s Man Booker Prize, which was won by Belfast author Anna Burns for Milkman. All three have also been shortlisted for Novel of the Year at next Tuesday’s An Post Irish Book Awards. Earlier this week, Rooney was named International Author of the Year at Britain’s Specsavers National Book Awards.

Rooney was born in 1991 and lives in Dublin. She is the youngest-ever winner of the Sunday Times PFD Young Writer of the Year Award. Her first novel Conversations with Friends was shortlisted for the Dylan Thomas Prize and the Rathbones Folio Prize. In 2017, she was shortlisted for the Sunday Times EFG Short Story Award. She is the editor of The Stinging Fly.

Ryan is from Nenagh, Co Tipperary. His first three novels, The Spinning Heart, The Thing About December and All We Shall Know, and his short story collection A Slanting of the Sun, have all been published to major acclaim. The Spinning Heart won the Guardian First Book Award, the EU Prize for Literature (Ireland), and Book of the Year at the Irish Book Awards; it was shortlisted for the International IMPAC Dublin Literary Award, longlisted for the Man Booker Prize and the Desmond Elliott Prize, and was recently voted Irish Book of the Decade. A former civil servant, Ryan lectures in creative writing at the University of Limerick.

Pat Barker for The Silence of the Girls (Hamish Hamilton)

Donal Ryan for From a Low and Quiet Sea (Doubleday)

Natalie Hart for Pieces of Me (Legend Press)

Anne Youngson for Meet Me at the Museum (Doubleday)

Viv Albertine for To Throw Away Unopened (Faber & Faber)

Bart van Es for The Cut Out Girl (Fig Tree)

Zaffar Kunial for Us (Faber & Faber)