Review: A Spool of Blue Thread, by Anne Tyler

It may be a mixed bag, but the American writer’s 20th novel offers moments of stark profundity 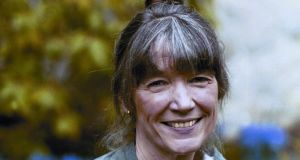 Family has dominated the work of Anne Tyler. Or, put more accurately, Tyler, with a foot in the north and a foot in the south through her Virginian childhood, has come to dominate the theme of family, most specifically the American family. There is no limit to the superlatives that Tyler inspires. Her work is not read but inhabited, and by her readers as well as her characters.

It has taken time – Tyler’s first novel, If Morning Ever Comes, was published more than 50 years ago– but if ever a writer has perfected her craft, it is Tyler. At her best – as in her ninth novel, Dinner at the Homesick Restaurant (1982); her 10th, The Accidental Tourist (1985); her 11th, Breathing Lessons (1988); and the recent masterwork The Beginner’s Goodbye (2012), her 19th novel – Tyler renders the stuff of the ordinary into an art so subtle as to affect the way a reader will henceforth consider life.

Tyler does not write beautiful sentences, although there is an eloquent sermon in this novel, and rarely offers memorable images. Instead she creates moods that linger. What she does is articulate an understanding of experience. There have been times, as in A Patchwork Planet (1998), when her style has seemed formulaic, even contrived. But Tyler has an instinctive feel for light humour and kindly irony.

Above all she has figured out how we behave in most situations. She sees the heroic and the hopeful, the defeated and the inevitable – often not all that nice, but real.

Tyler’s new novel, her 20th, is a mixed bag. A Spool of Blue Thread opens with a typical Tyler couple, Red and Abby Whitshank, preparing for bed when the phone rings. The caller is their son, Denny. It is apparent from their reaction that all is not well with Denny and has not been for a while. Red soon replaces the receiver. “Said he needed to tell me something: he’s gay.”

And that’s it. Tyler never returns to the subject. But Denny, or at least his anger, becomes central to the narrative, which is far less like a thread than a series of knots. Seldom before in a Tyler novel has the treatment of memory, always elemental in her work, felt as random.

A brand of chaos

Most of the action takes place in, or around, the large family home, once lovingly constructed by Red’s father for a client. So taken was the shadowy, socially aspiring Junior Whitshank with the house – another Tyler Baltimore homestead with a classic porch – that he set about acquiring it. It is as much a character as are the people who live in it; and it provides much of the family lore.

Everything begins with the house and the strange, obsessive man who built it. It seeps into the fibre of this novel: “It was not a grand house, of the sort that you might expect a man like Junior to covet. It was more, let’s say, a family house. A house you might see pictured on a thousand-piece jigsaw puzzle, plain-faced and comfortable, with the Stars and Stripes, perhaps, flying out front and a lemonade stand at the curb. Tall sash windows, a fieldstone chimney, a fanlight over the door. But best of all, that porch: that wonderful, full-length porch.” The house could almost be a metaphor for Tyler’s fictional world, a homely, immediately recognisable place.

Tyler quickly sets up the dynamic of the household. Abby talks, dreams and drifts while the other characters listen and respond. She is not so much losing her memory as misplacing pockets of time. There are two daughters, Amanda and Jeannie, both married to men named Hugh, and a second son, Stem, whose territorial wife, Nora, a slow-moving, controlling beauty of iron, is one of Tyler’s most interesting women. The only church-goer, she is rigid and unyielding. She insists on calling Abby “Mother Whitshank”, which grates with the dizzy matriarch, as she has never forgotten that she, too, was once young.

Stem has a story of his own that challenges credulity, but Tyler, whose fiction abounds with the tiny bits and pieces that make up a person, has always had a disregard for earthbound fact. Nothing intervenes in a Tyler story unless she allows it to. When Abby takes to calling her present dog, Brenda, by the name of Clarence, a beloved former pet, the adults say nothing. But, most surprisingly, one of the children, the very person who would correct such a mistake, also refers to Brenda as Clarence; it does not ring true. Equally, Denny’s daughter, Susan, is introduced and then forgotten.

As always, Tyler is good on sibling bickering:

“ ‘My only fear is, she’s requested Amazing Grace.’

In the devastating third section the action retreats even further back in time, to the 1930s and the early life of Junior Whitshank. It explains how he met his wife, Linnie, Abby’s vague, apparently unworldly mother-in-law, whom she had known as a shadow presence. The dark sexual power play that unfolds could have come from a different book, and it will surprise Tyler readers, as will the younger Linnie’s raw intent. Not that Tyler has ignored menace and sexual compromise over the years, but she has not portrayed it quite as bluntly as in this interlude. In this novel, though, in which some family members don’t really know each other, Nora offers a formidable counter to the petulance of Red’s slightly comic, spoilt sister Merrick, who as a girl had calculatedly stolen her best friend’s wealthy boyfriend and married him.

The brief closing is little more than an epilogue, settling the dust covers and completing Denny’s half-hearted personal odyssey in a brisk sweep that suggests Tyler, too, was bored by his evasions. Things change; even the family house loses its power.

This fragmented new novel lacks the cohesive intelligence of the remarkable The Beginner’s Goodbye. Yet the closing paragraph delivers one of Tyler’s most compelling images, that of gauzy Halloween decorations fluttering from the porch, “filmy-skirted ghosts . . . with nobody left to watch”. Eileen Battersby is Literary Correspondent