Review: A Nation and Not a Rabble: The Irish Revolution 1913-1923, by Diarmaid Ferriter 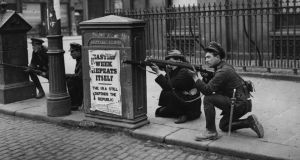 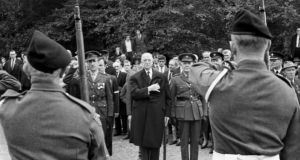 Book Title:
A Nation and not a Rabble: The Irish Revolution 1913-23

The title of Diarmaid Ferriter’s latest book is drawn from a report to the new provisional government of the Irish Free State by its minister for foreign affairs, George Gavan Duffy. The anxiety it displays – that the people might fall short of the required standards of patriotism – may be thought to be typically “Treatyite”. Gavan Duffy was, though, a reluctant signatory of the 1921 Anglo-Irish Treaty – and a reluctant minister: he resigned when the provisional government decided to wind up the republican court system, and he left politics altogether when it refused to treat captured republicans as prisoners of war.

Still, he was a senior lawyer – a future High Court judge – and his lawyerly concern for public order sets up Prof Ferriter’s angle of approach. It is a potentially fruitful one, enabling Ferriter to explore opinions of the public as well as public opinion.

But, having identified this intriguing antithesis, he does not really follow it through as determinedly as might be hoped. He notes a number of reappearances of the dismissive word “rabble” across the revolutionary decade, but exactly whom it was supposed to denote is never clear, whether a socioeconomic sector (have-nots versus haves, perhaps) or (as Gavan Duffy seems to have intended) the whole country when it fails to act as “a nation”. And the latter, famously troublesome, term also evades analysis. Presumably Duffy, as a nationalist, was calling for actualisation of the inner unity of the whole people – the Volksgeist, as the German founders of modern nationalism had it. But what would be the evidence of behaving as a nation remains unclear.

The extent of social cohesion would presumably be relevant. The relationship between Irish civil society and politics has been usefully explored recently, and Ferriter’s expertise on local government might help to deepen the analysis here. He does provide some very illuminating detail, such as that on the Sinn Féin councils’ administration of workhouses and lunatic asylums. He rightly says that the degree of social discontent has not received the attention it deserves, but the pace of his narrative carries him along before he can go far in addressing the issue.

The invocation of the nation remains most often a demand for the cessation of dissent. The most important expression of national unity was not so much positive as negative: the absence of sectional, regional or class divisions. The truest believers in nationalism found even party politics abhorrent. Civil war was the ultimate national catastrophe, and of course that was just what Gavan Duffy was watching unfold in April 1922.

The split within the republican movement over the Treaty shattered the tightly knit revolutionary leadership, along with Gavan Duffy’s hope that the new State would be “an active factor in the redemption of Europe”. It also copperfastened partition, with loyalists taking grim satisfaction in this renewed proof that the so-called Irish nation was indeed a mere rabble.

Ferriter’s even-handed, undramatic account of the revolutionary period springs few surprises, but it makes up only half of his book. The first and last quarters of it engage with issues of historiography and, more fashionably, commemoration. His extended account of the evolution of historical writing since 1922 is unusual in a book aimed at general readers – who, it is to be hoped, will find it as interesting as other historians will. Ferriter’s treatment of the Irish “history wars”, which have not been altogether good tempered, is once again neutral and polite in tone: nobody seems to come out too badly. (This may disappoint those who are looking for a bit of old-fashioned academic hatchet wielding.) His sharpest criticism is directed at those who continue to denounce the kind of “layered and nuanced” history that Ferriter advocates – and most historians aim for – as “mendacious Free State propaganda” (Liam Neeson in 2003), insisting instead on such simple dichotomies as honourable versus dishonourable, or dedicated versus unpatriotic.

The last quarter of Ferriter’s book addresses the inescapable issues of the moment: legacy and commemoration. He makes good use of the military service pension records, now being opened up, which can pitch us directly into the raw and bruising disputes about whose contribution to the independence struggle deserved to be financially rewarded. Unsurprisingly, these were almost all men: the treasury solicitor spoke confidently of “soldiers as generally understood in the masculine sense”.

What is perhaps most striking is the speed with which the living memory of the intensely dramatic events faded. Distinguished veterans faced interrogation by people who seem to have had no idea who they were and little sense of what they had done. They were not always polite: “You are requested to have a bath before reporting to this office” was one piece of advice.

Charting the high and low points of commemorations across the past century provides a useful perspective on the current decade. “The State cannot be expected to be neutral about the events that led to its formation,” a governmental advisory group recently put it. But “ensuring that significant events are commemorated accurately, proportionately and appropriately in tone” was never a simple matter.

The State’s difficulty in finding the right tone for commemoration of its foundation lay in the proximity of its violent birth. All states rest basically on force – the ultima ratio regum – but most prefer over time to disguise this with institutions of consensus. Few, such as Nazi Germany or fascist Italy, actually exaggerate the violence of their origin. It was impossible to disguise the role of force in 1916 and the War of Independence without doing violence not only to the facts but also to the ideas of the “physical force men” who fought them. This might not have mattered if the war had been followed by a long period of quiet nation building. But the issue of violence remained central, and an irreducible core of physical-force republicans remained eager to use the memory of 1916-21 as a stick to beat the governments for their failure to achieve full independence and unity.

The idea of redefining the revolution as a nonviolent process had to wait until 2012, when Sinn Féin’s deputy leader asserted that 1916 was not about “confrontation involving weapons” but about “things that really matter”. This was still less than entirely convincing, however politically correct. But it did partly echo the approach signalled by President Erskine Childers when he told Liam Cosgrave in 1974 how struck he had been, visiting a Tipperary museum commemorating the life of Seán Treacy, by the fact that it contained nothing but guns. “We do not do half enough to commemorate the lives of those who worked for Ireland in the social, political and cultural fields,” he said.

Simply setting violent events in context is a step forward. And when contentious anniversaries have to be acknowledged it is a good idea, as Gearóid Ó Tuathaigh has suggested, to proceed by “exploring the lived experience of communities in Ireland”. There may be some loss of drama but a gain in understanding. Thoughtful, balanced studies like this one will play an important part.