Requiem for a Soldier, by Oleg Pavlov: The suffering of a Russian soul 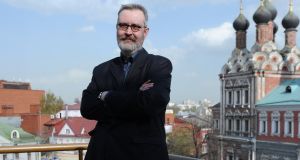 Book Title:
Requiem for a Soldier

Chekhov would approve. The opening scene of Requiem for a Soldier takes place in a camp somewhere in the wind-lashed steppes. The weather is getting colder: “November’s widescreen monochrome sky was laid bare . . . The prison guard regiment switched over to winter time as it had always done . . . Decked out in greatcoats, the camp’s guards and sentries were adapting to their warmer underclothes.”

In the infirmary the mice run riot, “striking up hearty friendships when it took their fancy and with anyone they pleased if beckoned with a mere crust of bread”. These are resourceful rodents; they “chomped their way through so many different drugs that you’d think they were suffering from every aliment at once”. The medicines had initially “emboldened the mice to the point of stupor, then made them as clever as geniuses” and with the slight hint of wonder which recurs throughout the story, the omniscient narrator mentions that despite the amount of drugs, the mice were impervious to destruction. No one minded the infestation; no one that is, except for the strict, teetotal, kettle bell-tossing head of the infirmary, Institutov, a gloomy bachelor who considered himself a dentist but only pulled teeth. He hated the mice and waged war, in vain. Every night, after he left and the patients slept, they would emerge “parading in columns ... they would sweep forth in ranks across the vast flat expanse of linoleum, like little soldiers in overcoats in their grey pelts.”

Oleg Pavlov is that most wonderful of creatures: a present day Russian writer – he was born in 1970 – who has witnessed the collapse of the Soviet Empire, and remains strongly influenced by Aleksandr Solzhenitsyn, whose secretary he once was. Yet Pavlov more passionately defers to the earlier Russian literary masters from Gogol and Dostoyevsky to Platonov. Requiem for a Soldier is the third volume in a loose trilogy of sorts, The Tales of the Last Days, which began with Captain of the Steppe (1994; 2013) and continued with his autobiographical drama The Matiushin Case (1997; 2014) drawing on Pavlov’s stint as a prison guard in Kazakhstan, in central Asia.

Reading Solzhenitsyn’s The Gulag Archipelago, he realised he was reading about Karabas, the camp in which he had also been based. Pavlov’s military service ended with a head injury and a month of much-needed sanctuary in a psychiatric ward – by choice.

For all the playful satire and black humour, Oleg Pavlov’s singular grasp of the absurd is undercut by the prevailing menace of uncertainty which stalks each of his vividly-drawn stock characters. Everything leads to human suffering and above all, terror. The eponymous central character of The Matiushin Case “suddenly understood quite clearly that they were all afraid, afraid . . . even the reason he was feeling jolly wasn’t the drink, it was because everyone around him wasn’t sleeping but yelling, gorging themselves – going insane in their fear.”

Early in Requiem for a Soldier, when a mysterious lieutenant arrives for special treatment, the traumatised man rejects the encouraging support offered by Alyosha Kholmogorov, the mild-mannered demobilised dead soul and quasi-hero of the story, by hissing: “Doesn’t hurt? And what would you know about hurting?” Alyosha mutters: “I know plenty”. It is clear that so too does Pavlov, a witness with a flair for spectacular images of surreal beauty – a mouse “quivered like a little heart” – which simply ease into a narrative, blending heightened prose descriptions with political satire and punchy dialogue, often expressing exasperation, which is well rendered into colloquial English by Anna Gunin, who has also translated Pavel Bazhov’s folk tales.

On several levels, Requiem for a Soldier reads as a comedy which develops into a picaresque brilliantly balancing wild humour with unsentimental poignancy and a philosophical subplot acknowledging the Russian soul.

Institutov is a pompous bureaucrat and enjoys reminding everyone he at least attended college. Given to literary references, it is obvious he knows the truth about the lieutenant: “Fancies himself a Raskolnikov, eh . . .” Only the aptly-named Institutov discloses nothing and confines the officer in a quarantine situation, then promptly assigns Alyosha Kholmogorov to tend him.

There is a theatrical flamboyance about the narrative. The burlesque action moves quickly and somehow Pavlov creates the impression of actors rushing about behind the curtains as the set is being changed. Away from the infirmary and the all-conquering rodents, extends the steppe, vast and empty. Yet hacked out within it is a firing range, “a training ground, quiet as a graveyard, a sandy, rocky site in the steppe” presided over by Abdullayev, a former prison guard, who had lost his hearing “during some field exercises held on the anniversary of the October Revolution”. His army career seemed to have ended; only Abdullayev made canny use of “his humble but lovingly tended livestock” and presented a lamb to the relevant members of the medical commission. In true Catch-22 style, each of them “duly reasoned that a man who was deaf, in all senses of the word, could in fact be endowed with hearing”.

It was with Abdullayev that Alyosha had worked, laboured in fact, often risking his life and sanity to re-erect targets while under heavy fire. A rapport eventually develops between them, with the older man offering the young soldier his chance of immortality in the form of a steel tooth. It is the promise of this dental enhancement which brings Alyosha to the infirmary. Institutov has pressing business and requires the young soldier’s assistance. They set off on a mission to find a body which is due to be despatched to Moscow.

In the course of fulfilling the task, they are confronted with a combination of half-hearted officialdom, laziness and general stupidity. When asked to surrender his uniform to the corpse, Alyosha duly obliges. The nuclear engineer father of the deceased man appears and asks to see his son’s body, causing an irate Institutov to bark: “What is it you want now? Have you been tailing me? Is this some sort of set-up? I’ll call the police.” On hearing that the father had been involved in the Chernobyl emergency rescue, he taunts him: “Well, of course, these days we have every last tramp cleaning up some emergency . . .” and he subjects the father to shrieking abuse as well as the routine threat of an asylum.

Later as it seems that somehow they have succeeded in getting the body en route to Moscow, Institutov announces: “In a few days’ time, this wagon will arrive in Gennady’s home town, unless of course, the train is derailed. Reality isn’t pampering us with good news anymore.”

In the closing sequence, the bereaved father is hosting a shambolic wake of sorts in a rail carriage. The party ends with a deadly and grotesque flourish echoing satirist Alexander Zinoviev. It is an impressive set piece within a narrative which for all its high-speed chaos is deliberate and carefully structured. True to the Russian literary tradition which means so much to Pavlov, who rejects much of current Russian dystopian fiction, there is a poetic core to his heavily ironic requiem. In Alyosha, an inspired variation of Dostoyevsky’s Holy Fool or Idiot figure, who accepts suffering as inevitable, Pavlov has created a very human man with flaws, a heart and most definitely, a Russian soul.