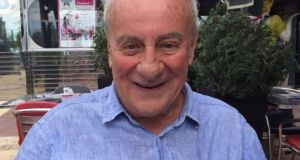 CE Kelly, the legendary editor of Dublin Opinion, once wrote that “true humour ...has a useful function as a corrective of folly, pomposity and injustice”. Academic life is marked more than most other areas of human activity by folly and pomposity – and there are doubtless many who would point to injustice too – and so it has generated its fair share of humorous or satirical novels. One thinks of Mary McCarthy’s The Groves of Academe, Kingsley Amis’ Lucky Jim, Tom Sharpe’s Porterhouse Blue, Malcolm Bradbury’s The History Man and David Lodge’s Small World. To that list must now be added Patrick Masterson’s debut novel, Quality Time at St Chinian.

Masterson is an eminent philosopher, who was president of University College Dublin from 1986 to 1993 and then principal of the European University Institute in Florence from 1994 to 2002. In this delightful romp of a novel, he casts a wicked yet indulgent eye on the foibles – the folly and pomposity – of his erstwhile colleagues. Despite the standard disclaimer that any similarity between his characters and living persons is entirely fortuitous, UCD alumni of a certain age will guess the identity of some, at least of the real-life figures from whom his characters are lightly drawn – most notably, the professor of “more than two metres’ height” who asserts that “a good lecture is nothing but the activity of a great mind communicating publicly with itself on its chosen topic”.

Masterson tells us in his preface that “beneath all the fun there lurks a serious issue”. That issue is, simply stated, what should be the purpose of a university. Is it to provide a broad liberal education with the aim of teaching students to think for themselves, or is it to prepare them for the world of work and equip them with the technical or professional skills to succeed in that world? These competing ideas of a university are at the heart of this novel, which pivots around the clash between the luminaries of the undistinguished University of St Chinian and a committee of experts appointed by the government to carry out a quality appraisal of the university’s performance.

There is a village called Saint Chinian in the Languedoc district of France, and the novel is set in the Languedoc. However, it is hardly coincidental that the name chosen by Masterson for his fictional university echoes that of St Trinian’s, the ghastly boarding school for girls brilliantly conjured up by Ronald Searle.

Masterson’s book is genuinely funny, and his sympathies are clear throughout. While lampooning free-loading academics who defend their self-indulgent lifestyle by appeals to such concepts as academic freedom, he nevertheless gives no quarter to those who would throw over traditional academic values in favour of a strict vocational focus in university education. Particular disdain is directed towards government ministers and civil servants who oversee the education sector and exert their power as paymasters to impose so-called business models – “pretentious hogwash devised by half-educated MBAs” – on universities. Thus, he depicts the secretary general of the ministry for universities and research, Madame Lagrange, as someone who “had applied unsuccessfully for an academic post” before settling for a job in the civil service. Her mission, “fuelled perhaps by memory of her earlier academic disappointment”, is to eviscerate the unfortunate University of St Chinian.

Sadly, the type of bureaucrat represented by Mme Lagrange is not just a figment of Masterson’s imagination. Such people in Ireland are causing havoc in our universities, particularly in the humanities. Furthermore, they have starved the National Museum, the National Library and other national cultural institutions of the resources they need to truly enrich the life of the nation intellectually, as distinct from economically. Masterson’s novel highlights the injustice they perpetrate – as well as the folly and pomposity of their victims within the groves of academe.

Felix M Larkin, historian and writer, is a former director of the Parnell Summer School. He is the author of Terror and Discord: the Shemus cartoons in the Freeman’s Journal, 1920-1924 (2009)