Post-Truth: Why We have Reached Peak Bullshit 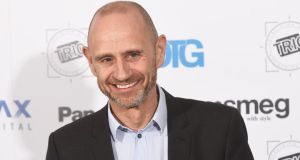 Evan Davis has a message for PR people and media advisers: it is time to move on. The age of controlled messages is over.

Book Title:
Post-Truth – Why We Have Reached Peak Bullshit and What We Can Do About it

What is your response to bullshit? Annoyance? Indifference? Analysis? Broadcaster and economist Evan Davis’s response has been coming for a while. ‘I work in the bullshit industry,’ he writes in Post-Truth. “My job is to listen to bullshit, to try to expose it and to manufacture my share of it too.” In 2013 he had “already started thinking about this book”, and no doubt last year’s catastrophe of mendacity from politicians and media sped its passage towards publication.

A presenter of BBC 2’s Newsnight, Dragon’s Den and the business-focused Bottom Line on Radio 4, Davis is well-placed to provide us with an insight into how public discourse became so ghastly; on the Bottom Line, he regularly punctures the platitudes of business strategists.

In Post-Truth, his definition of the phenomenon is as clear as you will get: “a willingness on the part of politicians to stretch the truth on a basic point of fact, and [sic] the predisposition of so many people to believe it despite the prevalence of reliable advice to the contrary”.

Focusing on “communication and honesty”, he brings us through a range of psychological theories about how we use untruthfulness in our lives, and how it can be used against us. His definition of bullshit is broad: “any form of communication – verbal or non-verbal – that is not the clearest or most succinct statement of the sincere and reasonably held beliefs of the communicator”.

From “Nonsense and Gibberish” to “Better Bullshit”, we should in theory be well-tooled with this book to tackle our new disarray, with glowing access to free information on one side and incredible manipulation of facts on the other.

There are highlights: Davis does a service by analysing a classic Donald Trump lie about unemployment statistics, while exploring why the message still resonates; his passage on Jeremy Paxman’s interview with British home secretary Michael Howard is laugh-out-loud funny; and wherever he draws on his broadcasting experience and looks under the lid of political message managing, the book instantly picks up pace.

But for much of the first 218 pages, I read with little enthusiasm. Davis is not a psychologist, and however well-researched his sections are, his insights are often flat and overwritten. So we are slightly dishonest with a partner if we want to go bowling and they want to go to the cinema; and we tend to go for prices that end in 99; and the John Lewis Christmas ads are manipulative: it all tends to comes across as terribly obvious. I’m sure this scientific foregrounding is included to set up the last 87 pages (when we finally get down to what the title of the book suggests – some bullshit from the publisher there for sure) but it is frustrating and unnecessary.

What does Davis have to say about the crux of the matter? As someone who interviews politicians on television for a living, he has reflected hard on what their motivations are for avoiding questions, for mendacity and for simply not being themselves. He remarks on his experience of speaking to politicians off-air and how much more engaging, thoughtful and interesting they can be. He urges them to be more sincere.

Davis also has a message for PR people and media advisers: it is time to move on. The age of controlled messages is over. Whatever one may think of Trump, the author argues, he has shown the advantages of directness.

Davis writes that people were fed up of politicians and controlled messaging before 2016, and the fact they responded to the mendacity of Trump and Brexit campaigners illustrates they were already open to that message. The challenge now is to understand the conditions that led people to believe such messages.

This is all sensible and thoughtful, and one hopes these ideas will gain wider currency, but many of Davis’s conclusions on “the measures society and its institutions can take to improve public discourse” are disappointing and weak.

He seeks long-term thinking from professional communicators, but ignores the insecurity of the short-term contracts that so many work on plus the need for quick results. He spends just a page and a half on media diversity – not just different broadcasters, newspapers and websites but different voices within each; and there is nothing about media ownership, media decentralisation, the influence of companies with huge resources and state timidity. His focus is so much on personal psychology that it’s almost as if the wider influence of cruising corporations on public discourse doesn’t exist, which is bizarre.

Davis can compose a memorable phrase, describing our current position as “society stuck on the low road”, yet he believes that good sense will prevail, helped by a “cool-headed honest-hearted media”. Maybe, but I would still want our media heavy-hitters to bat much better than this.
Toner Quinn is editor of the online magazine the Journal of Music and a lecturer on the MA in literature and publishing at NUI Galway