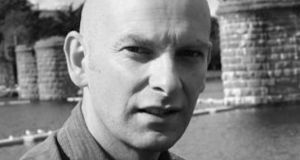 Baggaley said: “I am the constantly impressed by the remarkable quality of new writing coming from Ireland and the voice that has excited me most in recent times is that of Alan McMonagle’s Ithaca. Not since Pat McCabe’s The Butcher Boy have I fallen so in love with such a distinctly unreliable and hilariously imaginative child narrator, and I believe that Alan will become a major figure in the contemporary Irish fiction scene.”

McMonagle’s fellow authors are full of praise for Ithaca. Kevin Barry, author of City of Bohane and Beatlebone: called it “fast and urgent and full of feeling and savage humour and all kinds of tenderness – a real find.

Belinda McKeon, author of Tender and Solace, wrote: “Strange and wondrous; savage with vision, leaping with wit and moving in ways that are quite impossible to shake off, Alan McMonagle’s Ithaca is a stunner.”

Donal Ryan, author of The Spinning Heart, said: “Alan McMonagle keeps an eye on an ancient template but fixes the best part of his focus on his own flawless prose and razor dialogue. mesmerising, unforgettable.”

Mulcahy said: “I made an exclusive submission to Paul Baggaley for Ithaca because Picador is publishing so well. I’m so pleased that the response was everything my author hoped it might be.”

McMonagle holds an MA in Writing from National University of Ireland, Galway. He has contributed stories to many journals in Ireland and North America and he has written two collections of short stories, Liar Liar (Wordsonthestreet, 2008) and Psychotic Episodes (Arlen House, 2013). The author said: “This is such an exciting prospect for me and I relish the opportunity of working with Picador.”

Picador will publish Ithaca in spring 2017. It is set in summer 2009. The boom times are over, and 11-year-old Jason Lowry is preoccupied with thoughts of the Da he has never known. Meantime, his vodka-swilling, swings-from-the-hip Ma, Jacinta, is busy entertaining her latest boyfriend and indulging her fondness for joyriding in the nearest available car. Fed up with his Ma’s antics, Jason strikes up a fast friendship with the girl who hangs out at the Swamp. Together, they conjure exotic adventure, heroic lifestyles and a host of improbable “mock-ups” of Jason’s elusive Da. Fuelling her risk-taking nature, the girl goads, nudges and prods Jason deeper into unsafe territory, until what began as innocent pretence soon threatens to tailspin into a netherworld of danger and very real harm. Treading a blurry line between helter-skelter comedy and quiet desperation, Ithaca is the darkly comic story of how far a lonely boy will go to secure his mother’s love.