Book Review: Deirdre Bair returns to her first forays into memoir writing but fails to fully ‘set the record straight’ 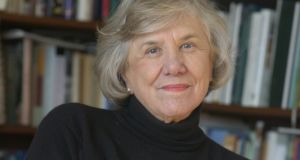 Deirdre Bair: What emerges from her book is the persistent sexism she encountered throughout her career. Photograph: Farah Nosh/Getty Images

A self-proclaimed “accidental biographer”, Deirdre Bair has documented the lives of subjects as varied as Anaïs Nin, the graphic artist Saul Steinberg and gangster Al Capone. In this memoir, she returns to her first forays into the form: the seven years she spent writing a biography of Samuel Beckett (published in 1978) and a decade dedicated to capturing the life of Simone de Beauvoir (1990). Bair recounts what it was like profiling these two “literary giants” and the hurdles she faced in funding, facts and – above all – professional respect.

Contrary to the text-centric critical theory prevalent at the time, Bair believed that understanding Beckett’s life would shed light on his work. When she first approached him about a biography, he famously said he would “neither help nor hinder” her efforts. Although initially elated, Bair came to suspect that Beckett had agreed so easily because he did not take her seriously, expecting her to write “a puff piece, a hagiography of ‘Saint Sam’”.

1 Restarting Ireland: When and how will we ‘get back to normal’?
2 Covid-19 testing: Irish pharma firms source raw material to make reagent
3 Coronavirus: HSE says 20% of PPE delivery not suitable, testing capacity to double
4 Mary Lou McDonald: This crisis shows that Sinn Féin was right
5 Coronavirus lockdown steps could remain into winter, says expert
6 Tuberculosis vaccine ‘potential game-changer’ in Covid-19 fight
7 Coronavirus: Trump warns of ‘a lot of death’ in United States next week
8 Infected but feeling fine: the unwitting coronavirus spreaders
9 Man shot dead in Belfast was suspect in Keane Mulready-Woods murder
10 TV Guide: 24 of the best TV shows to watch this week
11 What is Houseparty, the app everyone’s talking about – and not in a good way?
12 ‘My fiancé is addicted to weed and I can’t cope anymore’
13 Coronavirus: Another 17 deaths and 331 new cases reported
14 Fintan O’Toole: Earth has a toxic virus – us
15 Dublin deserted: Coronavirus turns city into ghost town
16 New rescue plan for businesses hit by coronavirus crisis
17 David McWilliams: We must loosen up on financing pandemic spending now
18 Coronavirus: Zoom hackers target GAA web training with porn images
19 Coronavirus: Situation in Ireland ‘misrepresented’ because of limited testing
20 Doing the coronavirus rounds with Joe the postman in Dublin 3
21 Jennifer O'Connell: For some people, home is the most dangerous place of all
22 Coronavirus Q&A: How to shop safely during Covid-19
23 Taking out the bins and hanging up the laundry have suddenly become thrilling activities
24 Man arrested after reportedly threatening staff in Dublin shop
25 Nuns, non-virgins and a serial killer: Sharing stories through nature in west Cork
26 Irish woman in Sweden: No lockdown, little distancing, people still shaking hands
27 Simple shakshuka: spice up your mealtimes with this Middle Eastern dish
28 ‘This is war’: Irish health workers on their Covid-19 crises
29 Pat Leahy: Small parties seem intent on fleeing from government
30 Coronavirus: Analysis shows median age of confirmed cases is 48 years
31 Belfast phone mast hit by arson after claims over 5G link to coronavirus
32 Coronavirus: Gangs take advantage to import large amounts of drugs
33 Pope Francis: An icon of hope and solidarity in a time of crisis
34 Stephen Kenny replaces Mick McCarthy as Ireland manager
35 Are holidays booked for July and August going to happen?
36 Woman awarded €87,000 over trauma of seeing motorist’s partly decapitated body
37 International Space Station returns to Irish skies on Friday and Saturday
38 Netflix has revealed its most-watched content. You might be surprised
39 Backyard biodiversity: The garden guide to nature
40 We need to cancel the Leaving Cert and give students predicted grades
Real news has value SUBSCRIBE