Panti: a woman in the making by Rory O’Neill

Book review: Drag artist Rory O’Neill, creator of Panti Bliss, has written a likeable and witty account of his life 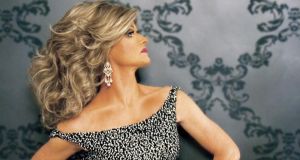 Book Title:
Woman in the Making: A Memoir

At the beginning of Patrick Dennis’s 1955 novel Auntie Mame, a bewildered small boy arrives at a sophisticated Manhattan apartment to find a wild party in full swing, where some of the men look like women and some of the women look like male film stars. The boy is overwhelmed by all the decadence and by the fabulous woman at the centre of it, until she turns her attention to him. “‘But darling,” she cried dramatically, ‘I’m your Auntie Mame!’ She put her arms around me and kissed me, and I knew I was safe.”

Auntie Mame is outrageous, hilarious, glamorously subversive and a stalwart opponent of both bigotry and boredom. I couldn’t help thinking of her when reading about the life and times of Panti Bliss, the writer, performer and drag queen who has helped bring glitter and spice to Dublin’s nightlife since the 1990s, and who has become an “accidental activist” at the forefront of Ireland’s LGBT rights movement. Earlier this year, Panti gave a powerful Noble Call speech at the Abbey Theatre, highlighting the oppression experienced daily by gay people in Ireland. When posted on YouTube, the speech was watched and praised by millions around the world.

Now Rory O’Neill, the man beneath’s Panti’s impressive wigs, has written a memoir so likeable, witty and bold that Auntie Mame would surely approve. O’Neill grew up in a loving family in rural Mayo, and his account of his childhood is touching and hilarious.

He got on well at boarding school but couldn’t identify with what an Irish boy was expected to be. As a bored 16-year-old, the only thing that made him want to get out of bed was the TV crime show Remington Steele. “I would have put down ‘Smart and sassy lady private detective teamed up with Pierce Brosnan’ on my CAO form but unfortunately, and ridiculously, it was not a course offered by any of the recognised colleges.”

Unfairly denied the chance to be a sassy detective, O’Neill went to art college, where he first performed in drag as part of his graduation show. He then left for Japan, where he developed a drag persona that became Panti Bliss. On his return to Dublin, O’Neill and his friends, including long-time collaborator Niall Sweeney, started reinventing Dublin’s gay club scene, first with Gag and then with Powderbubble, a gloriously glittering club night where everyone was welcome.

O’Neill paints an evocative, accurate picture of Dublin in the mid-to-late 1990s as a “city falling in love with itself . . . There was a sense of possibility about the place and a confidence we’d never had before . . . The mad rush to get off the island had stopped because, for the first time ever, we actually believed it was as good as anywhere else.”

Just three years after homosexual acts were decriminalised in Ireland, drag queens competing in the Alternative Miss Ireland contest, hosted by Panti, were redefining Irishness to include the camp, glamour, sex and wit so lacking from the Ireland of O’Neill’s youth.

Throughout the book O’Neill pays homage to drag as both art form and armour, a subversive act of “gender discombobulation” that allows outsiders and rebels to attract attention on their own terms. As someone who grew up in a time when to be gay automatically meant being part of a radical counterculture, he writes of his initial disappointment in a new LGBT generation who seemed more interested in joining the bland consumerist mainstream than rocking the system.

But the passion shown by young activists for marriage equality showed him that the LGBT youth of today were ready to fight for their rights. “Despite my own ambivalence about marriage generally”, he joined their battle.

While this book is often very funny, it’s also deeply moving, particularly when O’Neill writes about the two biggest conversations he had with his supportive, loving parents: when he came out and when he told them he was HIV positive. He describes how his mother’s devout faith initially made it difficult for her to accept that two of her children were gay. “It was not having gay sons that caused my mother pain, but having religion – and I have never forgiven religion for that.”

As Panti’s Noble Call showed, O’Neill is a powerful polemicist, making incisive points with elegance, wit, compassion and righteous anger. In the book, he rails against the petty daily limitations imposed on LGBT people by a homophobic society, limitations to which many straight people are blithely oblivious. He writes brilliantly about privilege, wondering how, as a middle-class, educated, able-bodied white man, he might have turned out if he were straight. “I would be fully participant in the world because the world was built for me by people like me.”

Perhaps he’s at his most passionate and eloquent when he turns his attention to the incident that became known as Pantigate, in which O’Neill’s comments in a television interview led to RTÉ paying out €85,000 to activists who said they had been described as homophobic.

O’Neill’s account of Pantigate and the Noble Call makes for stirring reading, but he’s clearly a little uncomfortable with his elevation to hero(ine) status. As he says, “[people] want me to be the perfect gay all the time.” Panti may not be perfect – who is? But over the last year she and her creator have inspired everyone, gay and straight, who wants a new sort of Ireland. Now all she has to do is make sure “Smart and sassy lady private detective teamed up with Pierce Brosnan” gets on that CAO form.