Out of My Head review: Finding out what makes ‘you’ you

Tim Parks grapples with one of life’s big questions: what is consciousness? 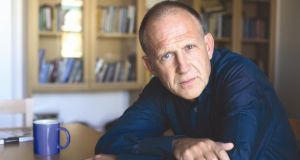 Tim Parks: “I am not my farts”

Book Title:
Out of My Head: On the Trail of Consciousness

“What is consciousness?” is one of the big unanswered questions of science and philosophy. The two disciplines must be mentioned apart as, in the main, they approach the question in different ways.

Scientific orthodoxy decrees that consciousness must be located in matter and thus a vast amount of research money is pumped into brain studies chasing the elusive switch, or set of neural connections, that can explain our perceptions and, by extension, our sense of self.

Most philosophers, however, believe this work will at best produce a technical guide, as removed from reality as a flight manual is from actual flying. Science can’t answer the “hard problem” of consciousness, the argument runs, because of the way we perceive the world as highly personal or subjective.

Parks, a successful author in fiction and nonfiction, is understandably drawn to the philosophers’ side. He describes an influential moment almost a decade ago when attending a conference on art and neuroscience at the university where he teaches in Milan. The keynote guest, a “professor of neuroesthetics”, had his scientific theory shredded with exhilarating force by a speaker from the floor. That heckler was Riccardo Manzotti, a specialist in robotics and psychology with “a rather wild look” and “the most intense blue eyes”, and Parks has since fallen under his spell.

In fact, Out of My Head is an extended defence of Manzotti’s “spread mind” theory, but before dealing with that, it’s worth reflecting on why one should expend energy on this subject at all. Most people get on just fine without asking whether they can trust their perceptions, or whether the idea that each one of us is an “I” is just a con.

Thinking about consciousness can be hard and frustrating, and Parks may well have been happier if he’d spent recent years focusing instead on something like football (the subject of one of his previous books), although one doesn’t get that impression. He is a terrific ambassador for curiosity, and greets each step in his intellectual journey with dogged insistence.

He is insightful and very funny on the world of academia, highlighting how egos and professional biases can skew research programmes. If you’re running a lab, he advises: “It is no good being right on your own. No one will give you money till you convince the others.” And he is scathing about overblown scientific claims.

The seductive notion that the mind and body are one is dismissed with reference to Samuel Beckett’s analysis of farts. In Molloy, Beckett has the title character counting his emissions, recording 315 farts in 19 hours, or over 16 farts an hour. “Extraordinary how mathematics help you to know yourself,” Beckett wrote sarcastically, to which Parks adds: “I am not my farts.”

If not, though, what is Parks? He offers three possible explanations of consciousness. First, the orthodox scientific view that consciousness is produced in your brain (hence neuroscience holds the key to discovery).

Second, the “enactivist view” that consciousness is a process that is brought about by engagement with the world (and science and philosophy hold different views on whether one will ever understand it).

Parks’s approach of picking one horse and sticking with it has its merits. It forces you to ask why radical ideas are resisted

Third, the mind is “spread between the body of the perceiver and the perceived external object”. Under this spread mind paradigm, which has a ring of Bishop Berkeley’s thinking, consciousness is outside your head or at least “not locked inside” and thus, using Parks’ shorthand, “we are at one with the world”.

Parks completely ignores a fourth view – even though a majority of the world’s population purportedly believes it – namely that a supernatural spirit or soul which outlasts death is the seat of consciousness. Presumably this is because it’s hard to find a scientist or philosopher who will publicly defend the stance.

But what are we to make of the third option on Parks’s rather idiosyncratic list? He plumps for it on the grounds of elimination; the other two are highly problematic. However, he offers few concrete arguments for his own choice. How would one go about proving the spread mind exists? And would it mean upending laws of physics? He barely touches on such matters and makes no effort to seek out active critics of Manzotti. But, then, like his book A Season with Verona, he writes here not as a neutral observer but as a fan.

There are other excellent books on this subject, including Paul Broks’s recently published The Darker the Night, the Brighter the Stars: A Neuropsychologist’s Odyssey (Allen Lane), which gives a better overview of the field, while also exploring – with wonderful sensitivity – whether an “I” can be located without a “We”.

However, Parks’s approach of picking one horse and sticking with it has its merits. It forces you to ask why radical ideas are resisted. Yes, the spread mind theory sounds crazy but, as political matters attest, what we take for normal can sometimes be completely insane.

“Could, perhaps, the idea that our experience is not locked in our heads, but is really out there, the idea that we in a real way are the world . . .,” he asks, “make us more respectful of that world, make us wonder if we don’t do damage to ourselves when we do damage to others? If that is the case, then very likely it is one more reason why this idea will be resisted.”