Our Tangled Speech review: Insight into politics of Irish 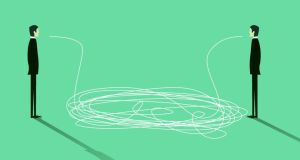 Aodán Mac Póilin was committed to the idea of a language community “whose only common characteristic is that they speak Irish”.

“A language is not a jam,” writes the late Aodán Mac Póilin in this posthumous collection of his essays on language and culture. “It cannot be put into a deep freeze, salted, pickled, tinned, smoked or dehydrated”, its survival depends not on preservation, but on living communities. Northern Ireland’s leading language activist for many decades, Mac Póilin practised what he preached, tirelessly promoting cross-community engagement with the language until his death in 2016. With language rights at the centre of the North’s current political impasse, this volume could hardly be more timely.

“Present politically inspired attitudes to the language are, on both sides, deeply unhistoric,” Mac Póilin writes. Irish, Scots Gaelic, English and Scots have been “tangled” in a “cultural and linguistic ecology” on both sides of the Straits of Moyle for a millennium. His essays on that history emphasise the many culprits: colonialism, the Anglican and Catholic churches, an insecure national identity and the long marginalisation of Irish, which by the 19th century meant “almost the entire population appears to have been keen to throw out the bathwater, the baby, and ultimately the bath” in a sort of “cultural suicide”.

1 Coronavirus: No further deaths reported as doctor warns second wave ‘weeks away’
2 Irish family stuck in Cyprus: ‘We hope our flights home are cancelled’
3 Close businesses selling alcohol to on-street drinkers, restaurant group says
4 Kanye West says he will run for US president in 2020
5 Ryan confirms travel ‘green list’ will come in after July 20th
6 Ruth Negga: ‘People who say they don’t consider skin colour... are you f**king blind?’
7 FF MEP apologises after flying to Dublin for election of Taoiseach despite Covid-19 rules
8 World View: Ireland weaponised by London in Brexit talks
9 Bobby Storey: The IRA's planner and enforcer who stayed in the shadows
10 Two men die in diving incident in Co Tipperary
11 Fontaines DC: ‘We’ve no licence to speak for Ireland’
12 Haigh. I’m a black woman, and I happen to speak Irish
13 Satay noodles: An antidote to bland pasta salads
14 I live in direct provision. It’s a devastating system – and it has thrown away millions
15 ‘Where are you really from?’: Growing up black in Ireland
16 Inspiring style: reboot your home with these fresh interiors ideas
17 Why gift a son now if it eats into his tax-free inheritance threshold?
18 If hairdressers ran our schools every child would be going back in September
19 Government to avoid ‘cliff-edge’ on Covid-19 payment changes
20 Five arrests after group armed with iron bars and pitchfork attack estate
21 The joy of jollof: A beginner’s guide to nutty, spicy, aromatic west African cuisine
22 Flights abroad ban could last all summer
23 I think my boyfriend broke up with me because I was diagnosed with herpes. I’m devastated
24 ‘That’ll teach him to challenge the Rossmeister to a mickey-swinging contest’
25 Gardaí find Dublin business selling alcohol but claiming to be a restaurant
26 Coronavirus: Fears of widespread disorder unfounded as English pubs reopen
27 Covid-19: Travel restrictions to stay and 'green list' put on hold amid fears of second wave
28 Electric car drivers will soon have to pay to use ‘slow’ chargers
29 Chris Johns: Economic self-harm is the root of populism
30 NI parties to bring motion seeking apology from O’Neill
31 Woman struck by car in Seattle protest dies in hospital
32 Vacation once again: A night at a campsite, a five-star hotel and a full-Irish B&B
33 Fintan O’Toole: Future of the American republic is in grave danger unless Trump is defeated
34 Q&A: How close are we to having a Covid-19 vaccine?
35 Is Donald Trump losing his touch?
36 Barry Cowen says drink-driving after All-Ireland was ‘terribly stupid mistake’
37 If you are young and live outside Dublin you could be in trouble
38 Monica Seles: The warrior queen who could have been the best ever
39 Pierce Brosnan: ‘I was an only child from a fractured family’
40 ‘Only a civil servant’ could have come up with ‘unenforceable’ pub regulations
Real news has value SUBSCRIBE