Author re-examines her old diaries, while continuing to document life in the present 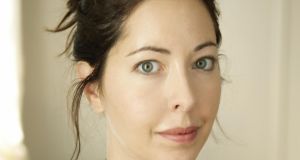 Sarah Manguso: fearless and unforgettable as a writer

Book Title:
Ongoingness: The End of a Diary

Proof copies of these two slim books by American writer Sarah Manguso arrived spliced together in one volume. It seems fitting, and not just because of the double shot of Manguso’s extraordinary work. To read one, the reader must flip their copy back-to-front and upside-down. The playfulness is on-point; an accidental metaphor for how this writer upends the possibility of what a book is, can or should be.

“I started keeping a diary 25 years ago. It’s 800,000 words long,” Manguso tells us. Ongoingness isn’t that book, as the size attests, but it outlines the writer’s obsessive motivation with logging the events of her days. “I tried to record each moment, but time isn’t made of moments; it contains moments. There is more to it than moments.” So, this is a book not about diaries, nor their endings, or even writing, but about the singularity of moments. Manguso re-examines her old diaries, while continuing to document life in the present; it’s a never-ending endeavour, but one which also demonstrates the power of circling back on your past to see what’s been learned. The commitment to her diary becomes an involuntary act, non-negotiable: “25 years later the practice is an essential component of my daily hygiene. I’d sooner go unbathed.”

There is purpose to it, this compulsive chronicling, and yet Manguso second-guesses herself constantly, knowing that even when an experience is not written down, “everything that’s ever happened has left its little wound”. It’s this obsessiveness that gives the book not just its structure, but also its impetus. Manguso microscopes her life, work and family, presenting them in splintered detail. In reality, it’s an attempt to stay connected to words and memory. In an earlier book, Two Kinds of Decay, Manguso wrote of the impact of a rare neurological condition she suffered in her 20s that “hobbled” her memory. There is nothing like ill health to send the most blasé of people into a mortality-tailspin; it also goes some way towards explaining her preoccupation with moments, the sand grains of life.

And then her son is born. Motherhood, with its own kind of distorted time and tessellated moments nudges the diary further way. “He needed me more than I needed to write about him… My body, my life, became the landscape of my son’s life. I am no longer merely a thing living in the world; I am the world.”

Each of us lives in the world of our own consciousness. It is to Manguso’s credit that she manages not only to articulate this, but to craft it into something profound and universal. Why else would anyone want to read an account of an account of someone else’s diary?

300 Arguments is, in a sense, 300 micro-essays, less anchored to a theme than Ongoingness. More comic in places – “think of this as a short book composed entirely of what I hoped would be a long book’s quotable passages” – it presents out-takes from a life; from hurts and highpoints, to indelible incidents of wrongdoing or longing. “There were people I wanted so much before I had them that the entire experience of having them was grief for my old hunger.” Sex and relationships, professional grudges and nature all coagulate into a work that refuses to be linear, constantly changing tack in caffeinated jitters. Manguso’s mind works overtime, constantly offering us something unexpected: “One chair upon another is pornographic. Ten in a stack is aspirational.”

Early in 300 Arguments, Manguso contends that “to call a piece of writing a fragment, or to say it’s composed of fragments, is to say that it or its components were once whole but are no longer.” Despite all the white space and wide margins, this book binds together tightly, folding in on itself, all at once challenging, poetic, axiomatic.

Like the infamous six-word short story, both of these books revel in their brevity; in what concision can do to the words themselves, as well as their intention.

A writer decides what they will send out into the world. What will be seen, or unseen; offered or withheld. In the updated afterword of Ongoingness, Manguso explains: “The only thing I ever wrote that wasn’t for an audience was the diary.” Perhaps starting from a place devoid of self-censorship – convincing the self that the work will never be read by another – should be required of more writers. The effect of both books is cumulative. An accrual of experience and expectation, curiosity and disappointment. Manguso is fearless and unforgettable as a writer. Both books have just been published – separately, not in one spine – but are umbilically connected, in eternal conversation, each with their own sense of ongoingness.