On Balance by Sinéad Morrissey review

The poet raises the theme of equilibrium, of balance, which informs all the poems in her new collection 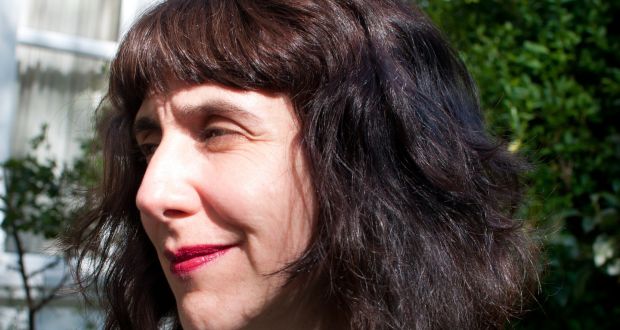 Having won the TS Eliot and Irish Times/Poetry Now Prizes with her last two collections, Through the Square Window (2009) and Parallax (2013), Sinéad Morrissey’s new book is the work of a poet who has established her reputation and an audience. During the writing of those books, and her new collection, On Balance (Carcanet, £9.99), Morrissey has taught at Queen’s University Belfast, and the city, and she and her family’s experience of it, are just as central to the new book as to its predecessors.

Her last collection remembered the “single rusted gantry / marking the spot where a small town’s population / of Protestant men built a ship the size of the Empire State Building” before the construction of the Titanic Belfast visitor centre “on concrete / smooth as a runway with a full-scale outline laid in light / of the uppermost deck.” (Signatures). The new book returns to the scene and the ship’s launch in a poem called The Millihelen, which refers, a note tells us, to “a fanciful unit of measurement meaning the amount of physical beauty required to launch a single ship”.

Fabulous as this detail is, the poem is a lot less interested in beauty than in rubbing together the wobbly details of the launch, jumping around between inventive hyperbole, reportage and the brass tacks of the whole business:

slow as a snail at first in its viscous passage

taking on slither and speed gathering in

the Atlas-capable weight of its own momentum

tonnage of grease beneath to get it waterborne

this last the only Millihelen her beauty

slathered all over the slipway

By the end of the poem, though, Morrissey has raised the theme, of equilibrium, of balance, which will inform each of the book’s poems:

the ship sits back in the sea

as though it were ordinary and wobbles

ever so slightly and then it and the sun-splashed

in fact everything regains its equilibrium.

In The Mayfly, Morrissey recounts the first flight of Lilian Bland, who built, and then flew, another modern marvel, “the first / biplane to be made in Ireland” from which, in Morrissey’s words, she sees “Belfast smouldering under its furnaces, / the Lough a phlegmatic eye”. Like the Titanic poem, it offers an unusual, wobbly and departing vantage point on the city, and there is again an attendant crowd: “as you climbed up / to your tilted seat and got // those improbable Victorian pram wheels / started, a straggle of farmhands / and scullery maids, // politely assembled, all wishing you / skywards.” The poem ends with a remarkable image of the traces of her lift-off and landing:

of her passage in the spangled grass,

and then their absence –

your footprint missing on earth for the span

of a furlong, as if a giant had lifted its boot

and then set it down.

Again, the poem returns us to the aftermath of achievement, recording invention and disturbance but calmly including it in larger frames of reference.

Balance is tested more in the poems about children and parents and grandparents in the book: At the Balancing Lakes recounts a sort of resurrection, beginning “A girl is drowning. / A cuckoo is throwing / its voice in the trees / to the back of us” while The Singing Gates begins as a leisurely family stroll, and incorporates nuggety historical detail about her grandfather’s life, but that material is couched in scenes from which Morrissey offers more questions than answers, as the family generations gather “with a kitchen scoop // to launch what was left of him into the air.”

The recurring emphasis on balance in individual poems asks us to read disjunct materials in relation to one another, a kind of patterning, or reiterative mode, which also characterised her previous books as well as book-length projects by Ciaran Carson, Paul Muldoon and, more recently, Alice Oswald and Michael Symmons Roberts.

An example of this patterning on a small scale is evident in the poems Perfume and Tribute, where Morrissey compiles a short set of Beatles poems. Each of them draws on existing material, on accounts of a night in Nottingham during the Beatles/Roy Orbison tour in 1963, on their Carnegie Hall show as Beatlemania hit the States, and on their early days as a covers band in Hamburg. To each of these occasions, Morrissey brings an unusual additional angle.

In Nottingham, her great-aunt is a cleaner confronted with the morning-after smell where “fourteen-year-old girls / had instantly wet themselves, screaming Yes! / We love you already!” so that, in Morrissey’s striking image, “each stream of steaming yellow” conjoins to “divide the length of the fissure, then the city, / the north, the south, then all of England, / mothers on one side, daughters on the other.”

In the Carnegie Hall poem, Morrissey interpolates images from Patrick Suskind’s memorable 1985 novel, Perfume: the Story of a Murderer, so that the Beatles’ famous inability to play loudly enough to be heard over the screams of their audience is compared to Suskind’s protagonist’s ravishing perfume, which draws a murderous crowd down on him: “whatever it was he unleashed / on his wafted handkerchief / too much to bear / and so they unslippered him / out of his skin / out of love / & ate him”.

Tribute is more mysterious, fading its account of the Hamburg years into a Belfast family, the parent discovering “~I need to tell my son when I see him about the lights // of another ferry across from ours on the journey over / like we were two boats holding hands.” If the first two parts could easily fit alongside Kevin Barry’s Beatlebone variation on John Lennon’s Mayo, the third is more consolatory and balanced and the sequence’s effect aims more for harmony than dissonance.

Morrissey’s clarity and confidence mean that On Balance approaches each of her subjects with great fluency and command. The essayistic flourishes of her longer poems and sequences are always impressive, but what is just as memorable and engaging in On Balance is Morrissey’s networked framing of images and themes.

John McAuliffe’s fourth book is The Way In (Gallery, 2015). He teaches poetry at the University of Manchester’s Centre for New Writing