Notes on Suicide by Simon Critchley review: a good argument for not killing yourself

Critchley claims we lack an adequate vocabulary for the subject, but his book is full of lucid, fluent and perhaps consoling formulations, suggests Brian Dillon 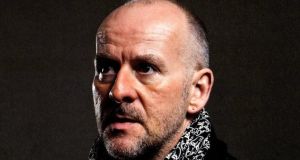 Simon Critchley argues: “If life is a gift from God, then God must allow for the possibility of suicide as the rejection of that gift”

“This book is not a suicide note,” Simon Critchley writes in the first sentence of his short, profound study of self-killing. An academic philosopher with an abiding interest in human finitude, Critchley often strikes a winningly facetious note in his more popular works, which include books about humour, David Bowie and the would-be suicide Hamlet.

Here his opening line seems quite sincere: the philosopher has retreated to the grey Suffolk coast to write up his Notes on Suicide, and he almost tells us why. “For reasons that we don’t need to go into, my life has dissolved over the past year or so, like sugar in hot tea.” For the first time in his life, Critchley finds himself contending with suicidal thoughts, and begins to wonder what might be said philosophically on the subject.

He is not, of course, the first to step into this dark territory. So much of our thinking about suicide, even today, remains dominated by Christian morals that Critchley feels the need to go back over ancient metaphysical ground. Suicide is nowhere condemned in Scripture; it was St Augustine, backed up later by Aquinas, who argued that life was given us to use but not govern, so we had no right to finish it ourselves. But what kind of gift is it that we cannot refuse? Critchley argues: “If life is a gift from God, then God must allow for the possibility of suicide as the rejection of that gift.” He then takes us on a brief tour of literary and philosophical objections to the Christian position: from John Donne’s essay Biathanatos, through the 18th-century Italian free-thinker Alberto Radicanti to David Hume, who argued thus: if it is no crime to divert the flow of the Nile or Danube, why condemn those unhappy souls who alter the course of a few ounces of their own blood?

Hume, whose essay on suicide is appended to Critchley’s treatise, did not exactly argue in favour of suicide – rather, for the idea that “no man ever threw away life, while it was worth keeping”. The problem with such an attitude, as Critchley is quick to point out, is that it is essentially the mirror image of the Christian one: it implies we own our own bodies and thus our lives, so may dispose of them as we see fit. But can we really claim to possess ourselves in this way? Our lives are inextricable from the lives of others, and no matter how sensitively we may refrain from judging a suicide morally, it is still hard to concur with Hume when he says that self-murder “does no harm to society”.

Critchley devotes much of his book to the halting language of self-destruction, and even describes a suicide-note writing workshop that he taught in New York a few years ago: part of a scurrilous “School of Death” designed to bait Alain de Botton and his self-help School of Life. It’s a surprise to learn that the suicide note, that most intimate of para-literary forms, was historically a deal more public: it was common in the eighteenth century for those intent on dying to send their final reflections to newspapers and periodicals, whose editors were happy to publish such doleful or raging documents. Critchley is surely correct to say that every suicide demands a public, even when the deed is done in private. At the last, one seeks in death an attention seemingly denied in life; suicide is always a botched effort at communication.

Notes on Suicide treats of both writing about suicide and writing by suicides. Early on, Critchley claims we lack an adequate vocabulary for the subject, but his book is full of lucid, fluent and perhaps consoling formulations. Donne, arguing “that self-homicide is not so naturally sin”, describes the ease with which suicidal thoughts return: “Methinks I have the keys of the prison in mine own hand and no remedy presents itself so soon to my heart, as my sword”. The eloquently glum Romanian philosopher EM Cioran arrived via the same state of mind at an ironical conclusion: “Is it not inelegant to abandon a world which has so willingly put itself at the service of our melancholy?”

Critchley quotes several of Cioran’s choicest aphorisms, but not his assertion that “every book is a suicide postponed”. Notes on Suicide is equally concerned with writers who seem to have found no consolation in writing itself; the starkest example is Edouard Levé, who hanged himself 10 days after submitting the manuscript of his novel, Suicide. But Critchley’s own case is (one hopes) more heartening. He ends the book where he began, staring out at the North Sea, this time in nearly visionary mode as he quotes To the Lighthouse: “Ecstasy bursts into our eyes. It is enough.” Virginia Woolf, with her pockets full of stones, slipping into the river Ouse, may not seem the most encouraging model for thinking about reasons not to do yourself in; but gazing on the leaden sea in late November, Critchley discovers that writing may well be the thing that saves him, if not others.

You could object that the philosopher’s is a rarefied vantage from which to view the topic of suicide, a world away from the end-of-tether state brought on by poverty, abuse, terminal illness or brute and boring depression. But that is to deny the insights into being and not-being glimpsed by even the most “ordinary” suicides, whether they have courted those lessons or not. Notes on Suicide is both a good argument for not killing yourself and a reminder as Critchley puts it that “our minds will never stop rattling down through gutters of doubt, self-deceit, self-pity and guilt”.

Brian Dillon’s The Great Explosion is published by Penguin Ireland. He is working on a book about essays and essayists