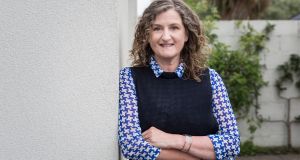 Poetry Ireland has announced the appointment of Niamh O’Donnell as its new director. The artistic director of Mermaid Arts Centre in Bray will take up the role in mid-August, succeeding Maureen Kennelly, the new head of the Arts Council.

Poetry Ireland chair, Prof Ciarán Benson, said: “The appointment of Niamh O’Donnell as our new director is wonderful news for the Poetry Ireland team. Niamh impressed us all with her sensitivity to artists and her passionate commitment to further enhancing Irish cultural life. As Poetry Ireland faces into its next period of growth with the ambitious development of No 11 Parnell Square (with its partner The Irish Heritage Trust), we look forward to Niamh’s vision and leadership in connecting people and poetry across the entire island of Ireland, and beyond.”

O’Donnell said: “It is an incredible honour to be given this opportunity to work with the team in Poetry Ireland, and to play a part in further enhancing its contribution to the image, reputation, health and cultural wealth of the country.”

Saturday’s books pages
Deirdre Falvey talks to Irish booksellers ahead of next week’s grand reopening post-lockdown. Reviews include Christopher Kissane on Epidemics and Society: From the Black Death to the Present by Frank Snowden; Mia Levitin on Andrés Neuman’s Fracture; Peter Murphy on One Two Three Four: The Beatles in Time by Craig Brown; Estelle Birdy on The Mystery of Charles Dickens by AN Wilson; Dean Jobb on Canada and Ireland: A Political and Diplomatic History by Philip J Currin; Breandán Mac Suibhne on The Lives And Extraordinary Adventures Of Fifteen Tramp Writers From The Golden Age Of Vagabondage by Ian Cutler; Sarah Gilmartin on The Nacullians by Craig Jordan Baker; and Claire Hennessy on the best new YA fiction.

The award, judged by Yasmin Alibhai-Brown, Sara Collins and Andrew Lycett, is named after Canongate’s former chairman Sir Christopher Bland, whose first novel was published when he was 76.

Griffin has been nominated for When All is Said, the story of 84-year-old Maurice Hannigan told through five toasts. Alibhai-Brown praised Griffin for her “fictional ventriloquism”.

Repeal anthology
New Island Books is to publish Women of the Eighth: A Memoir & Anthology in September, an account of the enormous impact on the campaign to repeal the Eighth Amendment made by the Facebook page, In Her Shoes.

The page began as an art project with the intention to change undecided voters’ minds in the referendum. The grassroots project posted anonymous stories of the negative impacts of the Eighth Amendment alongside a simple photo of a pair of shoes. In the five months from its creation to the vote on May 25th, 2018, the page gathered over 115,000 followers.

Out of the thousand stories sent to In Her Shoes, creator & curator Erin Darcy has selected 32 as a representation of the entire island of Ireland. The anonymous stories are reproduced with their authors’ consent and remain in their original words.

Cheasty is the creative producer of the Towers & Tales Festival in Lismore, established and facilitated The Lit Festival in Waterford City and is the artistic director for County Carlow Youth Theatre. She is also a director on the board of Youth Theatre Ireland and facilitates writing and drama workshops all over the country. Her plays have been produced in Carlow, Dublin and Waterford.

“As a writer and avid reader, Waterford Writers Weekend is a highlight for me every year,” Cheasty said, “and this year I am even more excited and I’m very much looking forward to the weekend albeit now from a very different perspective. I am delighted and honoured to be organising a programme that inspires and excites for the 2020 festival.

Desmond Elliott Prize
The Girl with the Louding Voice by Abi Daré, The Private Joys of Nnenna Maloney by Okechukwu Nzelu and That Reminds Me by Derek Owusu have been shortlisted for the £10,000 Desmond Elliott Prize for the year’s best debut novel from Britain and Ireland. The judges are former winner Preti Taneja, Observer journalist Sonia Sodha and Constellations author Sinéad Gleeson. The winner will be announce don July 2nd.