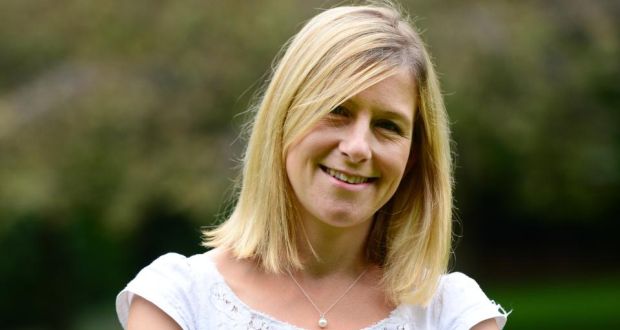 It seems unfair to compare a debut novel to the work of a Pulitzer Prize-winning author. But the parallels between Sarah Bannan’s new book, Weightless, and Jeffrey Eugenides’s The Virgin Suicides are such that it is difficult to assess the former without thinking of the latter, which was also a debut.

The secrets of small-town America, retrospective narratives fascinated by their own stories, vulnerable teenage girls, themes of self-harm and bullying, oppressive societies, collective guilt; similarities abound, but the most noticeable likeness is a stylistic one: the use of the first-person plural voice to tell the tale.

Eugenides’s chorus of neighbourhood men, still obsessed with the deaths of the Lisbon sisters years later, invites the reader into the story as they piece together the puzzle. Bannan’s “we” also looks back on a period leading up to a traumatic event, but her group of teenage girls is more closed off, offering an insider’s report on 21st-century school life, without extending membership to the club.

This is problematic for the reader, as it distances the story and its characters. Narrative devices – emails, counselling sessions, blog hotlists – work well to highlight themes and impart information, but they also draw the reader away from the fiction.

The plot revolves around the arrival of a new girl to Adamsville High in Adamsville, Alabama. From the east coast, 15-year-old Carolyn Lessing radiates coolness with her understated clothing and make-up, her natural good looks and talent in everything from swimming to art to maths.

Unused to strangers, the local teenagers descend like vultures. They scour social media for evidence of Carolyn’s past and share the stories with their friends. Texting, emailing, blogging, listing, videoing, recording: it’s Chinese whispers for modern times, where fact and fiction are one. Carolyn is placed on a pedestal by her peers. Within weeks she has wowed her teachers, snagged the town hunk and earned a fan club of local girls.

Bannan cleverly portrays the wider consumer mentality through repeated reference to brands. Nicole Richie sunglasses, J Brand skinnies and Abercrombie hoodies. Image and status are everything in Adamsville. The narrators see Carolyn not as a person but as an amalgamation of coveted objects: “We tried to calculate what she cost from head to toe, tried to keep track of how many things she wore, how many times she repeated her tops, her jeans, her boots.”

Another timely and thought-provoking theme considers the role of social media when it comes to bullying, peer pressure and body image. The extremes of the teenage world are well documented, heightened by Bannan’s vivid depiction of Adamsville as a twee, close-knit town that traps its citizens in a religion-induced bubble of dangerous binaries.

Originally from New York, Bannan, who is head of literature at the Arts Council, uses her knowledge of US culture to create a believable southern backdrop. It is a world of oppressive heat, Bible Belt perspectives, buttermilk biscuits and passportless teenagers who go to college a few hours away and then return home for life.

The higher Carolyn rises in the esteem of this claustrophobic society the greater the drop when she falls. The “we” voice is charged with describing the journey. It is a convincingly teenage voice, lending a flippant, gossipy tone to events. While this intrigues initially, it becomes repetitive and closes the book off as the voice relates proceedings, constantly offering its perspective instead of letting the action unfold.

There are too few scenes in the novel, and when they do occur they are short and reveal little interiority through action. The “we” voice tells us everything, giving a shadowy feel to the characters – bullies Brooke and Gemma in particular – and putting a barrier between reader and story. This reinforces the superficiality of the world the girls inhabit but results in only a surface explanation of Carolyn’s deterioration.

From its origins in Greek drama to Eugenides’s masterful application and more recent novels, such as Jon McGregor’s Even the Dogs and Chang-rae Lee’s On Such a Full Sea, the first-person plural voice can draw readers into a world and make them complicit in the deeds and misdeeds.

In Weightless it is too exclusive for that. The girls exist in their own distorted world, and it is difficult to get a sense of their lives. Carolyn is similarly cordoned off, despite some interesting revelations in counselling sessions and personal essays.

The most convincing and fully realised scene is a balloon fair early on. An enduring image of weightlessness and momentary freedom, it shows the community in all its small-town glory, with the dangers and excitements of Carolyn’s arrival palpable. Those promised highs and lows are whispered about and reported on, but the action remains at a remove.