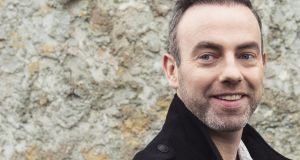 Domhnall O’Donoghue: I’ve long been suspicious of those who weaponise the rings on their fingers and empower themselves by disempowering others

It took me quite some time to realise that I’d been living next door to a brothel. Having just moved into the sprawling apartment complex, located a short stroll from St Stephen’s Green, I’d innocently assumed that my new neighbours were simply the gregarious type who enjoyed entertaining friends at home.

My suspicions were soon roused, however. Every time I walked through our shared hallway, I kept bumping into random men – all of whom were extremely reluctant to reply to my cheerful salutations. Be it morning or night, no matter where the hands of the clock fell, there they were – heads bowed, trying to be invisible.

Their profiles varied dramatically. Some carried briefcases, possibly making a detour on their way to work; others wore backpacks, probably skipping college lectures. I once spotted a chap blessing himself while waiting for his hostess to admit him into the apartment. I even helped an elderly, wheelchair-bound fellow with the door as he made his way out of the building.

Most striking of all, I’d witnessed a jittery, middle-aged man remove his wedding ring and place it carefully in his back pocket. (Surely a brothel of all places would be free from recriminations concerning his contempt for wedding vows!)

Over the course of my six-month stint at this particular address, intercoms roared from morning to night and I barely enjoyed any shut-eye thanks to the demand for my next-door neighbours’ enterprise. I only spotted the two tenants on a mere handful of occasions. The pair, possibly sisters, could easily have graced magazine covers if only life had dealt them different cards.

There was also a crooked-looking male looming about the premises. I saw him just once as he attempted to quieten some unruly, drunken customer who, at 3am, was loudly voicing his grievances about an unsatisfactory experience. Whether this tall and scaly man was their pimp or security guard, his chilly presence was a reminder of the likelihood that the women – like so many before and after them – were being exploited.

Not long afterwards, the Garda were alerted to my neighbours’ escapades, and because of my close proximity to their brothel, there was even a suggestion that the police would build their case against them by surveilling the comings and goings from my apartment.

Ultimately, my work on Ros na Rún led me to uproot to Connemara so I’m not certain how it all resolved itself although the people who took over my lease later reported that arrests were eventually made following a night-time raid.

Running parallel to these experiences was the build-up to the marriage equality referendum. In the interest of impartiality, radio and television shows had to balance the books by engaging guests from both sides of the debate. The main argument presented by those opposing a constitutional change that would afford the LGTBQ community marriage equality was the same one that had been bandied about since Moses was a boy: gay people were a threat to the institution of marriage.

“No” voters were reductively defining the gay population by what they did in the bedroom, claiming that they deserved neither equal footing in society nor full protection from the constitution as a result. (I often wished that I was half as promiscuous as some of these people were suggesting!)

This age-old claim always struck me as flawed and lacking – but never more so than during my time residing next door to a house of ill repute. On any given evening, inside my apartment, my boyfriend and I watched some documentary or other on the television while enjoying a cheeky glass of prosecco (the pitfalls of dating an Italian). On any given evening, outside my apartment, lines of lustful men formed, many of whom were undoubtedly married, about to pay for the services of sex workers.

Ultimately,at the ballot box, the Irish people challenged the ridiculousness of these double standards and, thankfully, love and equality won the day – yet something within me stirred.

I’ve always enjoyed a positive view of marriage largely on account of my parents’ relationship – their giddy love is possibly stronger today than it was some 45 years ago when they first said their “I dos”. However, I’ve long been suspicious of those who weaponise the rings on their fingers and empower themselves by disempowering others – like those who battle to keep such unions between heterosexual couples alone.

We can present any version of ourselves to the world – particularly with the help of social media – even if it’s in stark contrast with reality. For instance, how many of the married men who called upon my former neighbours would have logged onto Facebook while unbuttoning their trousers and checked into Dublin City Brothel (followed by a series of peach and aubergine emojis)? I don’t think you’d need a calculator to work that one out.

Colin and the Concubine is a light-hearted romp that follows the adventures of a baker named Colin who lives – surprise, surprise – next door to a brothel in my home town of Navan. Two of the main set pieces revolve around the quirky Finnish phenomenon, the Wife-Carrying Competition, and the now-defunct Calorgas Housewife of the Year Competition – a unique annual event that celebrated the wonders of housewifery. Of course, to compete in both, there was one specific criterion: you had to have a rock-solid marriage – or, at least, give the pretence of having one.

Needless to say, in the spirit of all good farces, wedding tiers quickly turn to wedding tears.
Colin and the Concubine is published by Mercier Press

Ah, will you not dump on your new Taoiseach for us? It’s the least you could do
Real news has value SUBSCRIBE