Caravan of the Lost and Left Behind review: a Traveller world barely revealed 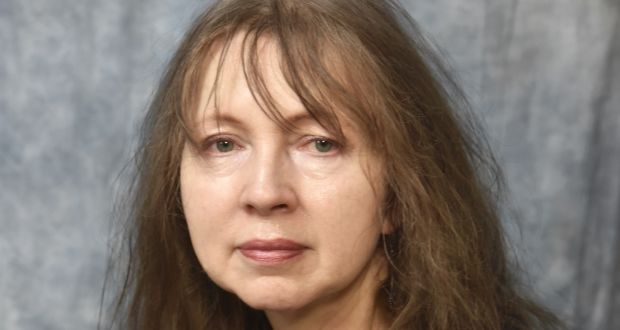 Deirdre Shanahan: Themes of dislocation and belonging are writ large throughout

Book Title:
Caravan of the Lost and Left Behind

“The land unfolded in stretches of small farms like those her father worked, fixing walls, mending pots and pans, sharpening shears, or to bigger houses where he might find a job for a week or so digging potatoes.” One of the strengths of Deirdre Shanahan’s debut novel Caravan of the Lost and Left Behind is the writer’s way with place, a key part of her story that sees two members of the Traveller community move from London back home to Ireland. As Eva and her teenage son Torin make the trip by ferry and then by bus to a fictional, coastal halting site where her father still has a trailer, Shanahan sets the scene in a few short pages.

A tense opening section shows mother and son on the run, in need of shelter, their culpability in the crimes they’re escaping from as yet undisclosed.

Themes of dislocation and belonging are writ large throughout. Seventeen-year-old Torin is the main narrator, a convincing and likeable character plagued by the recent stabbing of his young Muslim friend, Harjit. As Torin and his mother try to settle into life on the site, the details of the landscape are vividly seen through the eyes of the outsider: “They passed caravans with awnings, with paving set in the front, others dry with rust on the corners, while in the neighbouring field horses roamed across scrubby grass. . . he walked past a bone-thin terrier which kept circling the post it was tied to, a trail of a chain on the ground, a difficult dog he wondered, or dangerous?”

Shanahan, born in England to Irish parents, has worked for 25 years with the Traveller community in London. Whether this gives her leeway to speak for a minority is a question that is at times uncomfortably present in the book. The narrative includes drug dealing, murder, petty crime and incest. Eva is a known shoplifter, whose actions weigh heavily on her son: “Stiff with anxiety, Torin did not know why she took such risks. Surely she had put this caper behind her?”

Though his response is authentic and moving, it is nonetheless a maligning stereotype to depict a Traveller woman in this way.

There is further cultural appropriation queasiness when a romance develops between Torin and Caitlin, a Traveller girl.

While Torin chases after the young barmaid, in a series of realistic, angst-ridden scenes, the reader also learns that Eva is home to reconnect with a daughter she gave up years earlier. It does not take long to join the dots – at least for the reader – and a rushed reveal and resolution towards the end of the book means the relationship is tinged with incest without the necessary depth to lift it from stereotype. Taking care of Caitlin is another problematic, if colourful character – elder Traveller Delia, who speaks in the stock phrases of a healer woman and whose past is related in a flash memory of gold hoop earrings and lace-trimmed skirts.

Other relationships fare much better, particularly that of Torin and Eva, whose atypical bond is one of both neglect and enduring love.

The dynamic is established early on: “It was true. She did not behave properly, the way mothers should. When he was twelve, she ran off to Liverpool with a man who had a Ford Transit, who said he was getting her a job, said he knew people, had contacts in catering.” The burden of the relationship is on Torin, making him a sympathetic character, easy to root for, as things progress from bad to worse.

There is too much drama in the book’s final quarter, with momentous events – terminal illness, homoerotic friendships and pregnancies – all consigned to fleeting scenes that warrant more attention.

Shanahan graduated from Birkbeck, University of London, with an MA in creative writing in 2011. She won the 2018 Wasafiri Prize and her stories have been published in The Best of British Short Stories. Her knowledge of the Traveller community comes through in the novel and there is care and consideration in many details of the landscape and customs she shows us. The community’s love of the outdoors and nature; the fun the young men have on their escapades; the rivalry between them that (again, too predictably) turns violent, and the sense of home found on the site are each rendered in rich, cadenced prose.

A sad aside on a settled Traveller mother in Waterford who walked a pram into the sea is summarised: “It isn’t natural for any person to be inside all the day.”

After a funeral, we witness the custom of the burning of the deceased’s caravan: “The men from other trailers helped his grandad take the caravan to the far end of the site. It was stripped, abandoned.”

These well-written sections are to be commended but the overarching sense, for this reviewer at least, is of a minority world barely scratched at, whose caravans and characters get lost and left behind.