Miscarriage of justice made into a masterpiece 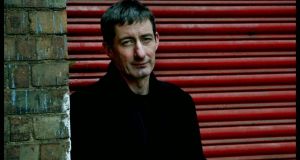 Book Title:
Blue Is The Night

In the traditional murder mystery, death shatters society’s settled calm, then the killer is caught and punished and normality is restored. But what if society is not normal, if in “a Protestant State for a Protestant people” the killer is a Protestant and his victim a Catholic? Will justice sneak a peek from beneath its blindfold and, with a weather eye on the mob, fix the scales to avert a riot and let justice go hang?

Who will guard the guards, asked Juvenal? Who will judge the judges? Eoin McNamee, damningly, does so here. He has previous. McNamee made his name as an author of psychologically penetrating and stylised literary reimaginings of real-life crimes, a murky world of subterfuge and sabotage, conspiracy and camouflage, from the Shankill Butchers (Resurrection Man ) to the murderous activities and murder of the undercover British intelligence officer Robert Nairac (The Ultras ) to the death of Diana, princess of Wales ( 12.23 ).

Blue I s the Night is the third in a loose trilogy based on notorious murders in the North, which begins with the darkly compelling Blue Tango , longlisted for the Man Booker Prize in 2001. Its subject was the murder in 1952 of Judge Lance Curran’s 19-year-old daughter Patricia, the wrongful conviction of Iain Hay Gordon for the crime and the suspicious behaviour of her family.

The murder in 1961 in McNamee’s native Newry of another 19-year-old girl, Pearl Gamble, for which Robert McGladdery became the last man to be hanged in the North after a trial controversially presided over by Curran, is the subject of Orchid Blue (2010), “a guilty man hanging an innocent man”, in the words of detective Eddie McCrink. The job of Curran’s political fixer, Harry Ferguson, here is to secure a conviction, a scapegoat on the end of a rope to satisfy a law-and-order political agenda, if needs be at justice’s expense.

By contrast, in Blue Is the Night , Ferguson’s mission is to secure an acquittal, even though Curran, then Northern Ireland’s attorney general, is chief prosecutor and determined on a conviction. Why? Because the victim, Mary McGowan, was a Catholic and the man she named as her attacker as she lay dying, Robert Taylor, was a Protestant, so Ferguson must protect his headstrong boss from becoming a political victim of his own courtroom success. Curran is known to be a gambler – here he is playing with high stakes, the smouldering city of Belfast. “Leave justice to God. He’s got plenty to go around. It’s in short supply in this town,” Ferguson warns the jury foreman. He has served at the Nuremberg trials and knows that, despite the appearance of law, it was a process with a predetermined end.

“I believe that in certain American states, a white man will not hang for the murder of a Negro,” he muses. “In some places I believe it is considered a misdemeanour.” For the deep South, read the black North. “You and your kind ran a dirty shop from the minute you got your hands on it,” a British policeman tells Ferguson.

As the evidence against Taylor mounts vertiginously, the reader is grimly fascinated to discover how he could possibly be acquitted, but, in a denouement worthy of Michael Connelly, all is revealed.

McNamee, however, is clearly even more fascinated by the mysterious murder of Patricia Curran, and, just as in Orchid Blue McCrink deviates from investigating Pearl Gamble’s murder to seek the truth of Patricia’s death, visiting the murder scene and Patricia’s mother, Doris, in her asylum, Blue I s the Night is bookended by Ferguson’s visits to Doris to try to tease the truth from her addled mind.

Doris is the dark star of this work, another dreadful mother like Dorcas Kelly in Resurrection Man . She was brought up in “a loony bin”, we learn – her father was a superintendent at Broadmoor, “who had been to the higher reaches of consciousness and had not returned unchanged” – and her exposure to violence and unbalanced minds is convincingly conveyed. Doris recalls Patricia using her best china for a dolls’ tea party and her silk Hermès scarf to tie a doll to her swing. She keeps Patricia under surveillance from the window as she removes her makeup and lengthens her skirt. On the night of the murder, Ferguson looks up and sees her draw the curtains, “the distant sirens her cold accolade”. It is strongly signalled that she would prefer her daughter’s death before dishonour, but in a superb sleight of mind McNamee conjures up an alternative ending. This is not genre fiction; things are not tied up neatly at the end, McNamee subscribing to the notion that an artist’s job is to deepen the mystery.

The author, a law graduate, forensically examines his subjects and points out glaring injustices: a man whose 19-year-old daughter has been murdered is not a suitable candidate to try the murder of another 19-year-old. There is a principle that justice must not only be done but also be seen to be done. McNamee sets out to show how, under a corrupt Stormont regime, justice was not done and that the law, far from being blind, was sometimes blinkered, seeking vengeance over truth, and sometimes winked, acquitting the guilty to appease the mob.

In Blue Tango the shadow of suspicion hangs over Curran’s head; in Orchid Blue it is the black cap of a hanging judge; in Blue I s the Night it is, awkwardly, the unlikely halo of an avenging angel. For McNamee, Curran epitomises a corrupt authority, so his role here as honest broker sits uneasily within the trilogy’s overarching narrative.

McNamee is a master word turner: a dance is “a masque of predation and desire”; of greyhounds racing, he describes “the pattered salvo of their paws, kicking up sand pulses”. His writing is highly strung, a high-tension, high-wire act; the sentences seethe with static and pulse with paranoia. Taylor was known as Robert the painter – “Paint was his medium. He was familiar with its qualities of camouflage, of deception.”

If McNamee’s subject matter is dark and ugly – violent death, cover-ups, conspiracies and corruption – his writing style in stark contrast is lyrical, full of finely wrought passages and memorable turns of phrase, punctuated by staccato sentences. With the same regularity that Stormont once delivered miscarriages of justice, McNamee has delivered another masterpiece of provincial Gothic and the “dark grammar” of murder.