Maria Edgeworth letters illustrate devotion to Ireland and its people 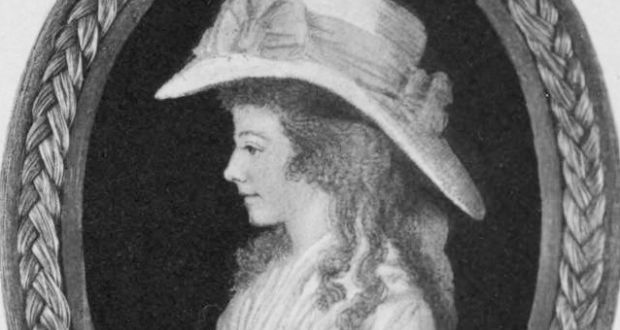 Valerie Pakenham has made an inspired selection of Maria Edgeworth’s letters, ranging chronologically from childhood to her 81st year. Most have never appeared in print. Edgeworth’s qualities – her affectionate humour, sharp observation, lively curiosity and insatiable appetite for new information and knowledge – shine through in these sparkling, witty and honest letters to friends and family.

Interspersed with the letters, sketches of domestic and local scenes by Edgeworth’s sisters add immediacy and reinforce the sense of her deep interest in Ireland and its people. Pakenham supplies the back story to particular letters and summarises events in Edgeworth’s family and in the political life of the nation at the time of writing. Mini-biographies of the recipients and subjects of the letters admirably fill the gaps in readers’ knowledge and draw us further into Edgeworth’s world.

Born on January 1st, 1768 – nearly 250 years ago – Maria Edgeworth was the second child of the Anglo-Irish landowner and inventor of the telegraph, Richard Lovell Edgeworth, in what would eventually be a family of 22 children (Richard married four times).

Edgeworth spent most of her life after the age of 14 in Edgeworthstown, near Longford, with brief excursions to England, Scotland and mainland Europe. Two 1970s collections of Edgeworth correspondence focused exclusively on the letters she wrote while abroad. Yet, as Pakenham shows, Edgeworth’s life in Ireland, and especially her home life in Edgeworthstown, was vital not only to her happiness, but also to her sense of the meaning of her life as a writer.

From an early age, Edgeworth saw it as her duty to do what she could for Ireland, beginning by working with her father to reform the running of their estate. Encouraged to read political economy as a 14-year-old, she wrote to a schoolfriend of her conviction that the lack of progress in Ireland was the fault of the low-wage culture instituted by the rich, which discouraged entrepreneurialism and agricultural improvement: “Let the rich raise the wages of labour, the rewards of industry”.

Noting the eloquence and articulacy of Irish people, Edgeworth expressed her belief that their creative energy and powers of invention were being squandered. With the publication of Castle Rackrent in 1800 – a satire on landlords from the point of view of the steward of a big house – plus the Essay on Irish Bulls (1802), a response to Protestant Ascendancy propaganda in the wake of the 1798 United Irishmen uprising, and three other novels set in Ireland which appeared between 1809 and 1817, Edgeworth set out to correct misrepresentations of the Irish and to imagine an improved future for her country.

The letters give a vivid sense of Edgeworth’s busy day-to-day life and the mingling of practical duties with the life of the mind. In 1803, for example, she writes of work on her novel Leonora being interrupted by her father calling “to know how many acres there were in Paddy Somebody’s lease and a rent roll which I had for six months put off every day copying … When these were ousted, came the telegraphic vocabularies – and then the sleeves for Fanny’s trousers … wherefore Leonora is put to sleep for the present”.

Her letters are wide-ranging and lively. They cover gossip about family members and celebrities; her reading, which extended to all subjects from military history to science to biographies of Wolfe Tone and Bonaparte; current affairs; and the new information gleaned from the many illustrious visitors to Edgeworthstown, including Humphry Davy and Sir Walter Scott. They’re also full of entertaining tales of her encounters, like the one describing a long coach journey in 1806 and the relief of finding that Kitty Billamore, the Edgeworths’ beloved housekeeper, had provided refreshments: “A girl on the road who saw me with the lemonade bottle at my mouth grinned from ear to ear & looked with such delighted sympathy that I can be sure she thought it was whiskey”.

The later letters tell us how she felt about Daniel O’Connell and the increasing conflict between tenants and landowners, which she felt deeply hurt by. But in a letter to an American correspondent in 1831 she acknowledged the inevitability of change and the need for social and political reform: “Nations must have revolutions. The poor become too poor to endure their poverty well and too numerous to endure it without combining for the destruction of those who are richer and happier than themselves, and whom they consider (whether they are or not) as the sole cause of their sufferings”.

Pakenham’s brilliant edition brings Edgeworth back to life as a writer whose work was rooted in Ireland. Its publication is a fitting start to what will be a year of Edgeworth celebrations, with events planned in Rome, York and Dublin.