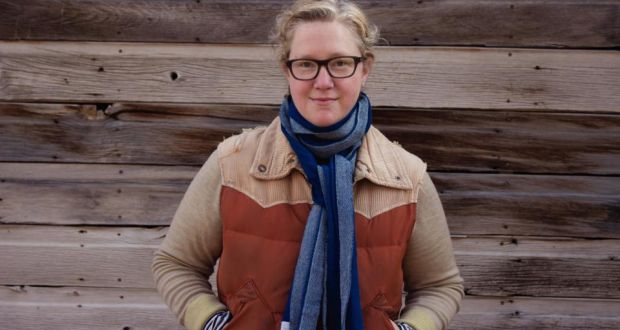 Ever get the feeling that you’re living in an unjust world, fighting an unwinnable fight against an unstoppable force? This is the prevailing worldview of Diane Cook’s sharply written and imaginative debut collection.

New mothers are pitted against each other, widows against widows, men against men, friends against friends, all of human creation against a magnificent, malevolent force that is out to strip the world. Real fears are given a surreal makeover in this collection, with 12 stories that range from absurd to dystopian to postapocalyptic.

Cook is an accomplished writer with a darkly comic touch. After an MFA from Columbia and six years working as a producer for This American Life, the author now lives in California. As with the short fiction of Stephen King and Miranda July, many of the bizarre tales in Man V Nature would make for excellent viewing.

The collection, which was nominated for the 2015 Guardian First Book Award last month, was published to much acclaim in the US last year, and it made a number of recommended lists, including Amazon’s best short-story collections and the San Francisco Chronicle’s notable book of the year.

A central theme of Man V Nature danger is reflected in Cook’s inventive style. A brilliant opening story, Moving On, introduces the first of many dystopian scenarios. A young widow is sent by “the Placement team” to a shelter for bereaved women to wait for a new husband to choose her.

With echoes of Margaret Atwood, the “humane shelter” treats these women as robots. They are instructed to suppress their grief and focus on improving their wifely skills: “The manual says that in order to move on, we must change. But this change feels more like a collapse. And that is not how the manual says it will feel.”

The Way the End of Days Should Be

As the casualties pile up, the narrator’s wilful ignoring of the destruction outside his house is undercut with black humour: “A passing thought: Must I shoulder some blame for this tragedy?”

The animal-like attentiveness and fear of new mothers is examined in Somebody’s Baby. A child-catcher figure stands outside the homes of newborns, waiting for the mothers to make their first mistake so he can steal their infants.

Cook envisions a world without sympathy for loss, where such incidents are commonplace and women reproduce to get over it. “Imagine giving up a family – a family – because it was hard. Of course it was hard – the man, the fear, the pummelling grief. But giving up only brought emptiness . . . Don’t worry, he rarely takes a third.”

Families and reproduction are a recurring topic. A Wanted Man sees the titular character impregnate 50 women a day while his fellow men set out to kill him. Marrying Up brings more dog-eat-dog antics as a woman’s husbands are snatched away until she marries the strongest man in the city. After giving birth to his beastly child, the woman realises she has made herself weak and that they will now leave her to die.

Elsewhere, whole worlds are falling prey to this nameless monster, at once surreal and frighteningly familiar: a bunch of executives clamber frantically around an office as interns get eaten up; teenage girls engage in extreme violence in the hope of changing themselves; a young woman experiences a windfall, only to find her house under siege from hundreds of zombie-like figures bent on sucking up her luck.

The eponymous story brings a trio of old friends and resentments together, stranding them at sea when a boat trip goes wrong. After days without food, the TV writer among them imagines a new programme, Man V Nature. Phil, the selfish divorcee who did not buy enough gas for the boat, suggests another title: Man V Man.

As Cook ramps up the horrors – pus-filled sores, starvation, sunburned eyeballs “like the bottom of a dried lake bed”, past jealousies and betrayals revisited – both titles become tragically appropriate.

The Not-Needed Forest is a fitting close to the collection, a chilling mix of The Hunger Games and Lord of the Flies that sees a group of boys turn their unexpected freedom into a gruesome assault course of survival and cannibalism. “Small Michael is last,” the narrator documents the process. “He’s bitterly disappointed, and in a way so are we. He’s very small, and there are so many of us.”

For all its grim predicaments, these are stories about shelter and surviving. Life is the fight, Cook seems to be saying, and how we tackle it ultimately defines us.