Love Me Back, by Merritt Tierce: service with a sabre-tooth smile

This debut novel is a sharply written, brutal depiction of a Dallas waitress’s spiral into a world of misogyny, black-out sex and drug-fuelled binges 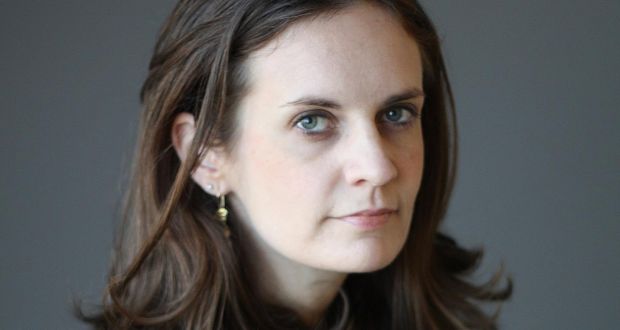 Book Title:
Love Me Back

They don’t call it the service industry for nothing. In a fine-dining Dallas steakhouse where 21-year-old Marie Young earns up to $700 a shift in tips, rich male customers tell jokes about dead wives, drink the restaurant dry of vintages and hit on their female servers, flinging “their entreaties out in swarms, like schools of sperm, hoping one will stick”.

Texan Merritt Tierce’s powerful debut novel gives an uncomfortable and unsentimental portrayal of the American restaurant scene. In 10 interlinked chapters, which work as stories in their own right, Love Me Back depicts a world of showmanship, graft and sexism, a culture of excess where nothing is sacred and everything has a price. Working her way from Olive Garden to Chili’s to the steakhouse, known as The Restaurant, Marie encounters bottomless misogyny, black-out sex and drug- fuelled binges that leave her “all hole, falling in”.

Despite her age, Marie is no ingenue corrupted by a seedy industry. Rather, the former valedictorian en route to Yale is a willing participant in the hedonism. At 16, a school trip to Mexico leaves her pregnant and rushed into a marriage to a boy she barely knows – “I don’t hear my whole life being written for me inside my body, cell by cell”.

Marie can’t escape the feeling she’s in “the wrong life”. Opting to reject the responsibilities of motherhood, she pushes the self-destruct button on her marriage and takes shelter in a restaurant full of misfits.

Sexually explicit and unashamedly fierce, Love Me Back is at once an exposé of bad practices in the service industry and a searing portrait of a smart young woman in freefall. It is a gut-wrenching story of pain and the lengths people will go to block out guilt and shame. Mordant and pensive, weary and innocent, wildly irresponsible and a diligent worker, Marie is a mess of contradictions, a human being bent on destruction but desperate to survive.

Reminiscent of the sharp writing of contemporaries Jennie Offill and Miranda July, and offering a more condensed version of the brutality of life witnessed in Hanya Yanagihara’s recent A Little Life, Tierce’s novel is at the same time hugely original and perhaps fiercer than all of them. The author achieves this impact by contrasting the innocence of her narrator with her darker, more complex instincts.

Celebrating their first anniversary, Marie and her husband go to a restaurant: “Neither of us was old enough to drink. We ordered virgin daiquiris and played hangman and Tic-tac-toe on the paper tablecloth.” As they scribble love notes to each other, Marie will soon admit that she’s slept with four of her co-workers and has chlamydia.

Over the course of the book, as Marie sleeps with more than 30 people in her first three months at the steakhouse, we come to understand that she uses sex as both punishment and redemption: “It wasn’t about pleasure; it was about how some kinds of pain make fine antidotes to others.”

The guilt at leaving her daughter Ana, who brilliantly comes to life through a switch to a second person voice, has left Marie emotionally detached – a detachment, it becomes clear, that is necessary to keep her alive.

The short story structure of the book brings suspense and makes the reader work, as each chapter delves into a new predicament, most of them unpleasant. These situations are continually undercut with a grim humour and a sharp eye for social insight.

The author is a National Book Foundation “5 Under 35” honoree with an MFA in fiction writing from the Iowa Writers’ Workshop, where she was named a Meta Rosenberg Fellow. In 2011 she was a recipient of the Rona Jaffe Foundation Writers’ Award. Published in the US last year, Love Me Back was shortlisted for the Pen Literary Award for Debut Fiction.

It is a novel about consumption, which is made clear from Marie’s work but also from how she gets release from the daily grind. Her workmates are similarly profligate, serving and consuming in equal measure. They range from Danny the crazy manager “blowing his crystalline mind four square inches of shittily-cut cocaine at a time, night after night”, to the immigrant barback Sanchez, to the man-eater Shaila, who has “a body to break your mind”.

The Restaurant is a place for lost souls and underdogs: “All of us were off. Chipped . . . Maybe that’s just what it is to be alive, you’ve got that broken sooty piece of something lodged inside you making you veer left.”

As with the fat-cat customers she serves in the private dining room, Marie’s goal “seems to be not so much pleasure as obliteration.” Shooting straight from the hip, Love Me Back is the story of a woman who hits bottom while working her way to the top. Sarah Gilmartin is an arts journalist