Lost and Found: Want to understand the human brain? Read this 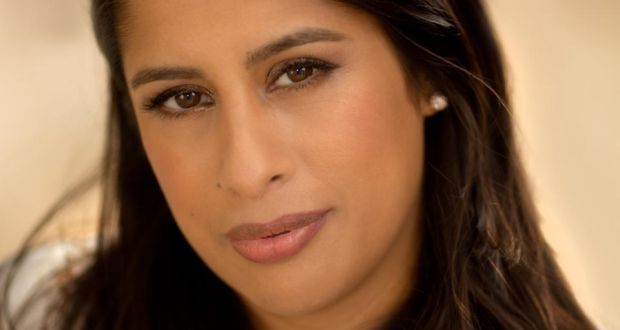 If we lose our memories, do we lose ourselves? This is the question Jules Montague sets out to answer in Lost and Found: Memory, Identity and Who We Become When We’re No Longer Ourselves. In her quest to answer this question Montague takes the reader on an exquisite journey into the human brain and beyond that, to the metaphysics of personhood. She does this with a humanity rich in tenderness and a beguiling reverence for the unknown.

Occasionally we come across a physicist or economist who, despite their subject matter, can stop you in your tracks. They reel you in without you realising. Montague is a neurologist who does exactly that. She has a rare gift: she makes her craft look simple.

The obvious comparison is with her fellow neurologist the late Oliver Sacks. However, such a comparison, whilst understandable, does not allow for contrast. Montague has carved out a unique voice in what has traditionally been a male-dominated world. It is her erudite and humane tone, combined with her respect for the unknown, that sets her apart and infuses her storytelling with originality.

Montague’s storytelling disarms and then lures the reader into territory where many of us would rather not tread. It is her commanding and compassionate voice that unwittingly transports us somewhere until-now avoided. She does this by engaging the reader with real, recognisable human beings and allowing the neurology, the metaphysics, and the existential to percolate from there.

We are skilfully introduced to a patient named Michael, once the most attractive bachelor in the village, who now sits in Montague’s clinic room, unkempt and with a urine-stained crotch. He is rocking back and forth, cracking his knuckles and whistling the national anthem. In meeting Michael we meet the barbarity of frontotemporal dementia and are confronted with fundamental questions about personhood.

It is Michael and the other characters in Lost and Found who allow Montague deconstruct the building blocks of what we understand constitutes personhood. In this context she describes the fluidity of memory: “Recollection was not hardwired after all; instead of memories becoming fixed once initially stored, they were inherently flexible.”

The implications of memory as fluid, as opposed to fixed or hardwired, are particularly significant when it comes to psychological distress. Montague captures the human capacity to emotionally heal by learning to tell a “different story” and goes on to vividly describe memory as “a home constantly under reconstruction, not a video playing on a loop”.

In viewing memory from an evolutionary perspective, Montague describes the nature of memory as something with “blurred edges”, and these blurred edges function to ensure our survival as a species. Our ancestors’ survival was based on a simple premise: better safe than sorry. Viewed from this perspective, it is the general impression that counts when we are in danger. Our threat-focused brains are our evolutionary inheritance and this occurs in an area of the brain known as the amygdala, which Montague pithily describes as thriving on “gist, not detail”.

Montague asks fundamental questions about who we are and does so through a wide lens, considering identity as a collective, collaborative construct. Through this lens individual identity is understood as being shaped by the views and observations of other people. It is these people who provide the shelter in which individuals survive.

Identity is steeped in connectedness, according to Montague. In parallel with this evolutionary understanding of personhood she narrows the lens and seamlessly weaves cutting-edge neuropsychological research. She locates aspects of the self such as one’s political orientation, religious convictions and career choice, in the non-dominant frontal lobe and its role in the maintenance of self.

Montague shines when she writes about issues that have a clear neurological evidence base. Her capacity to integrate complex brain science and everyday humanness is notable. There are occasions when Montague strays from what might be strictly considered the terrain of neurology into areas such as multiple personality disorders, for example, and on occasion in this territory shines a little less brightly.

This is a book for anyone wanting to understand the human brain and personhood; it is a book for anyone with a loved one with dementia and for those of us who fear dementia. In Montague’s hands this landscape is rendered more bearable. The inhospitable terrain of dementia is softened by the intelligence and humanity of a neurologist who knows how to tell stories and make her craft look simple.