Living Well at Others’ Expense review: Most of us are complicit 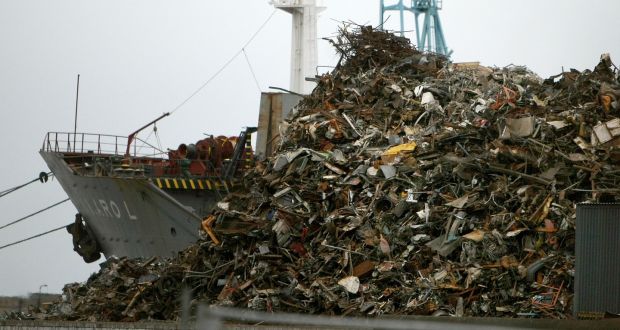 Imagine a fictional society, Dogland, which consists solely of dogs kept as pets in US homes. If the average maintenance cost of these pets is taken as their pay, the residents of Dogland would rank above 40 per cent of the world’s population in terms of income.

In Living Well at Others’ Expense, Stephan Lessenich uses Dogland to illustrate not only the stark inequalities in today’s world, but also the fact that many of us in the rich developed world are complicit in perpetuating this injustice.

Other perhaps better-known metrics, such as the fact that the wealthiest 1 per cent of the world’s population own as much as the remaining 99 percent, or that the fortunes of the 80 wealthiest people are equivalent to the total wealth of the entire bottom half of humanity, risk misleading, Lessenich argues.

An exclusive focus on the super-wealthy suggests that the problem lies with just a tiny elite and can be solved by properly taxing a few dozen multi-billionaires such as Bill Gates and Mark Zuckerberg. But in Living Well at Others’ Expense, Lessenich shows that the problem lies much deeper, in a system expressly designed to create wealth for some at the expense of others.

Lessenich’s argument goes as follows: capitalist societies cannot – or so far have not – survived without the existence of an “exterior” from which they can both extract the labour and natural resources they need for growth, and into which they can externalise the social and environmental consequences of their consumption.

Examples of this externalisation process are legion. While the proportion of workers in the agricultural sector in Europe, for example, has declined to the point that the agriculture is of marginal significance in employment terms, more than 25 million hectares of land are typically being cultivated abroad to meet the EU’s agri-food needs. In this way, we have outsourced agriculture and its environmental consequences elsewhere.

The same dynamic holds for a wide range of products. Palm oil, widely used in margarine, cooking fat, cosmetics and fuels, and consumed mainly in the global north, is produced predominantly in Malaysia and Indonesia, at enormous costs in terms of deforestation, destruction of habitats and loss of biodiversity. Similarly, textile imports to the rich world rely on subsistence wages and unsafe working conditions in factories in India and Bangladesh.

In the corollary to this extractive process, the waste products from consumption in the global north are largely dumped back into the global south. In 2011, to take just one example, the US dumped more than 100,000 tonnes of electronic waste legally over the border into Mexico.

It is not only goods that are subject to the extractive and externalising dynamic of global capitalism – people are too. The physical freedom of movement allowed to citizens of developed countries is not granted in anything like the same way to “outsiders”. The Global North, through border security, visa regulations and immigration quotas, recruits “skilled” labour and keeps out “unskilled” and “unproductive” migrants, who are increasingly being vilified as trouble makers, terrorists and criminals. The result is a system in which, in the words of Polish psychologist Zygmunt Bauman, “travelling for profit is encouraged; travelling for survival is condemned”.

In the final part of his book, Lessenich uses this model of developed societies as extractive, exclusionary and externalisation societies to provide insights into our current confusing and conflicted world. At this point in global development, he argues, there is no longer an “outside” to externalise to. In a world of limited environmental capacity and increased global communication, the true consequences of consumer capitalism are returning home, most forcefully in the form of climate change and migration. Confronted with the unsustainability of the economic model that underpins our prosperity, the developed world is reacting with a spasm of populism, protectionism, and xenophobia. While psychologically understandable, these defensive responses will ultimately prove to be self-defeating.

The alternative, Lessenich argues, is an individual and collective acceptance that we cannot get to a socially just and environmentally sustainable world with our current economic model and that deep systemic changes are needed. Only by accepting the scale of the current failures can we begin to search in earnest for a more just and environmentally sustainable alternative. While Living Well at Others’ Expense doesn’t tell us what this alternative might be, this important book, by pointing to the deep and systemic nature of our current malaise, might just move us towards the collective, and empathic, action required. There really is no “us” and “them” any more.

Ian Hughes is a research fellow at MaREI and ERI at UCC and author of Disordered Minds: How Dangerous Personalities are Destroying Democracy