Literary listings: Not the Booker; a Berlin billet; talking Liberties; and Tiger Fringe 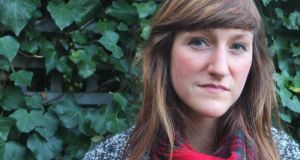 Sara Baume was one of five Irish authors to feature on the 70-strong longlist for the Guardian’s popular Not the Booker Prize annual award. Don’t miss The Irish Times on Saturday for a brand new Sara Baume short story, Dead Hens for Broken Eggs. On August 8th, she reviews A Little Life by Hanya Yanagihara

Five Irish authors on Not the Booker

Five Irish authors feature on the 70-strong longlist for the Guardian’s popular Not the Booker Prize annual award. Now in its seventh year, nominations are made by public vote, with criteria for eligibility matching that of the Man Booker Prize, whose longlist is also announced this week. Debut novelists Sara Baume (Spill, Simmer, Falter, Wither), Gavin McCrea (Mrs Engels) and Paul McVeigh (The Good Son) join Gavin Corbett (Green Glowing Skull) and Paul Murray (The Mark and the Void) on the longlist. Reflecting the democratic selection process, the full list offers a broad range of authors, both debutants and established names from across the UK, Ireland, Commonwealth nations and the US. Kate Atkinson, Marilynne Robinson and Jim Shepard are all nominated for their latest novels, alongside debut authors that have made a splash internationally such as Nell Zink, Sara Taylor and Chigozie Obioma. For the full list and how to participate in the shortlist process, click here.

Ireland Literature Exchange is now accepting applications from Irish fiction writers for a one-month residency at Literarisches Colloquium Berlin. The colloquium has been at the heart of the German literary scene for over 50 years. It serves as an event forum, workshop and artist retreat for authors and translators. Irish writers will be able to engage with the vibrant arts scene in Berlin and have a chance to spend time developing their work in a unique setting. Applicants must be of established reputation, have a minimum of two books published in translation (novels and/or short stories) and be available to take up residency at the Literarisches Colloquium Berlin for the month of October 2015.

Entries should include details of published works (in English/Irish and in translation) and a sample of a work in progress. Applications must be submitted by Monday, August 3rd to info@irelandliterature.com with ‘Residency in Berlin 2015’ in the subject line. Ireland Literature Exchange is the national organisation for the promotion of Irish literature abroad. It awards literary translation grants to international publishers, hosts literary translators in Ireland, co-ordinates the participation of Irish authors at international events and festivals, and represents Ireland at the major world book fairs. For more information contact sinead@irelandliterature.com or call 01 604 0028.

The publishing process is up for discussion at this month’s Culture Club night by Liberties Press. Taking place on Thursday, July 30th at 7.30pm in the publisher’s office in Terenure, Dublin 6W, “The Publishing Process - from the inside” will be hosted by Liberties managing director Seán O’Keeffe, who will cover general aspects of publishing from submissions to promotion. O’Keefe will also discuss the submissions process in relation to Liberties specifically, while presenting his argument against self-publishing. Culture Club is a new series of literary evenings hosted by Liberties Upstairs, in association with the independent publisher. Each evening will feature a variety of author readings, Q&A sessions, a glass of wine and a €5 ticket that’s redeemable against a purchase of a Liberties published title. Further information here.

With wrestling, acrobatics and the return of the Spiegeltent, the 21st Fringe festival brings a diverse programme to Dublin this September. Literary highlights include a storytelling slam competition hosted by New York based literary outlet The Moth. The event will take place in the Spiegeltent on Wolfe Tone Square, Dublin 1, with audience members invited to tell their best five-minute yarn on stage. Company SJ presents Beckett in the City: The Women Speak, directed by Sarah Jane Scaife, with Bríd Ní Neachtain, Michelle Forbes and Joan Davis performing Footfalls, Rockaby, Not I and Come and Go in the former Coláiste Mhuire on Parnell Square, Dublin 1. Sounds Alive will host a night of stories through sound, featuring the award-winning radio producer and composer Nina Perry, a live score from Crash Ensemble and singer Adrian Crowley’s spoken word stories. The Tiger Dublin Fringe runs from September 7th - 20th. The full programme is available online from July 29th at fringefest.com.

The theatre adaptation of Mark Haddon’s novel The Curious Incident of the Dog in the Night-Time comes to the Bord Gáis Energy Theatre in October as part of the Dublin Theatre Festival. Teeing up the event is a Q&A with playwright Simon Stephens in Dubray Books, Grafton Street on Tuesday, August 25th at 6.30pm. The 2FM radio presenter and book enthusiast Rick O’Shea will interview Stephens, who adapted the bestselling novel into a Tony and Olivier award-winning stage production. The evening will include a discussion on how the book moved from page to stage, a Q&A with Stephens, competitions and discounted tickets for the production at the Bord Gáis. The play received seven Olivier awards last year, including best new play and best director, and won the South Bank Sky Arts Award for Theatre. To date it has been seen by over a million people in the West End, on tour and on Broadway. The show runs from October 6th - 10th in Dublin and tickets can be booked here.

Roddy Doyle, Derek Landy and the film director Jim Sheridan are among the authors contributing to a new Irish anthology of poetry and stories for children. Compiled by Laureate na nÓg Eoin Colfer, author of the Artemis Fowl series, Once Upon a Place will focus on the link between story and place in Ireland. Black-and-white charcoal illustrations by award-winning artist and illustrator PJ Lynch will accompany the writing. Other contributing authors include Colfer, former Laureate na nÓg Siobhán Parkinson, Pat Boran, Seamus Cashman, John Connolly, Marie-Louise Fitzpatrick, Mark Granier, Paula Leyden, Oisín McGann, Geraldine Mills, Jane Mitchell, Kate Newmann, Sarah Webb and Enda Wyley. As part of Colfer’s term as Laureate, a team of storytellers has been travelling all over Ireland to engage younger readers with literature. Events planned for 2015 will tie in with the anthology launch. Aimed at 9 - 12 year olds, Once Upon a Place will be published in October by Little Island.