Laura Cassidy’s Walk of Fame: A boulevard of broken dreams

Book review: A woman’s love for cinema and theatre explored in aftermath of her father’s death 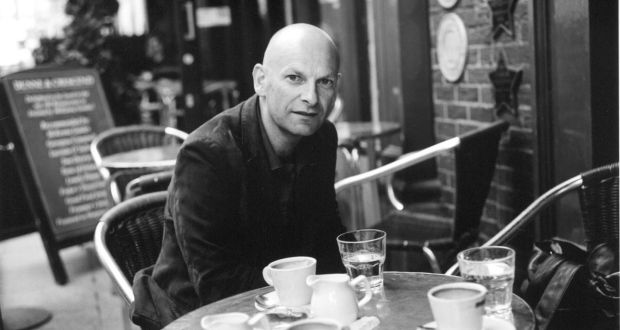 Raymond Chandler famously said “Hollywood is wonderful. Anyone who doesn’t like it is either crazy or sober”. A sanctum for the misfits, broken and hopeless romantics since time immemorial, the allure for Hollywood is juxtaposed with the bracing reality of life in this vigorous novel from the writer of Ithaca.

Laura’s passion for old Hollywood movies was inculcated by her father, an aspiring actor himself. Her childhood was spent watching old classics together and later, performing set pieces for him. His ultimate dream was to see Laura’s name on the Hollywood Walk of Fame, which for him signified immortality. He told her she was destined for fame and this eventually is the belief Laura grows up vehemently holding.

When her father’s untimely death leaves Laura unmoored in life, her abiding love of movies becomes an emblem of the bond she shared with him. Her Hollywood aspirations are a bulwark against the mundanity of her real life where she is a jobless 25 year old living with her mother.

Her passion for acting is the only anchor keeping her afloat, albeit barely. However, one thing she has definitely imbibed from her father is unbridled optimism about the world as a place “containing moments set aside just for you”.

After a failed stint on stage ends with her being diagnosed with nervous anxiety and she’s put on a cocktail of pills, her career is at a standstill. Her mother, meanwhile, is preparing for the long overdue arrival of her other daughter, Jennifer and her son, Juan who are visiting after six years.

Jennifer is a globe-trotting aid worker who occasionally sends crumbs of information their mother’s way which she lunges for “like a starving wasp on jam”. Their mother makes up for her daughter’s absence by regaling their neighbours with the latest tales of Jennifer’s humanitarian expeditions.

Laura’s account of Jennifer’s irksome benevolence when she finally arrives and her description of their mother fawning over her are comical and sardonic. Behind Laura’s disparaging remarks, however, is the slighted sister who holds a grudge against her elder sibling for abandoning them after their father’s sudden demise.

As the narration progresses, it becomes clear that Laura is still mentally and emotionally fixated on losing her dad. She lacks the emotional vocabulary to properly mourn him and camouflages it with sneering impudence. While she initially downplays her last acting stint as an incident of stage fright, it is later revealed that it wounded up as a brief stay at a psychiatric facility, indicating deeper psychological issues which eventually come to the fore. McMonagle does a stellar job of keeping readers thoroughly entertained with the piquant narration while their heart breaks for the still-grieving child in Laura.

Laura’s delusional tendencies become clear when it is revealed that she prefers to spend her time holed up in her room having imaginary conversations with Gloria Swanson, Veronica Lake and Lana Turner who adorn her walls. Jennifer tries to spend time with Laura who quashes all her efforts because she can’t stand being with someone who is so good to be true that it almost compels Laura “to burrow a way inside her and let loose a barbaric bug”.

Meanwhile, Laura is gearing up for her return to the stage after the much anticipated opening of the new theatre in town. A flashy new director is helming a new production of Streetcar Named Desire, a play which has special meaning for Laura as her father played a role in a local production of it.

To say that Laura is enthusiastic about getting the main lead is an understatement. Even before the auditions are formally announced, she takes it upon herself to demonstrate her acting prowess to the director by badgering him around town, much to his increasing discomfort, and frequently stalks him in an attempt to land the role.

In a particularly enjoyable slapstick moment she corners the appalled director and brags that she can do any situation he wants. “I can convey plenty with my eyes. If I’m in the mood I can have an entire world going on behind them.” Laura is adamant that this role will prove her mettle as an actress and would act as a stepping stone to her destiny on the walk of fame.

McMonagle excels in crafting relatable human characters that are flawed and vulnerable. Laura’s story is supported by a motley crew of characters including her sort-of boyfriend Fleming, Little Juan who is the only family member Laura puts an effort into getting along with and an enigmatic friend called Imelda Ebbings.

Laura as a character could have easily come across as gratingly obnoxious because of her self-sabotaging acts and incessant abrasiveness. In the deft hands of McMonagle, however, her impertinence appears as that of an irate teenager who merely has no other means of self-expression.

An irreverent comedy, this is an infectious portrayal of brazen optimism which depicts the restorative power of ambition in times of overwhelming emotional turmoil.