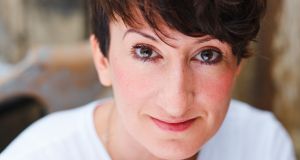 “The brief period I was happy, in between my mother dying and Maeve dying. A few hours on the mainland when I felt safe, when I felt like we had escaped something, and knew we were a family despite everything.” In a relentlessly grim dystopian Ireland, Orpen, the hero of Sarah Davis-Goff’s debut novel, summarises her life to date. After a solitary childhood on the westerly island of Slanbeg, with her only her mother and her mother’s partner Maeve for company, Orpen comes of age on her seventh birthday. Her present? A set of knives and the beginning of a gruelling training regime.

That Orpen’s childhood is the most idyllic part of the narrative says much about the brutal world of Last Ones Left Alive. A story of a young woman’s survival against an army of zombie-like creatures known as skrakes, the book has strong feminist overtones and a style that places it in the crossover genre of adult and young adult readers. This comes through in the prose, which is clear and visual and seeks to show through example the almost impossible odds stacked against the heroine.

The book is in part a traditional quest narrative that sees Orpen leave the island and set off east for Phoenix City (a neat nod to our biggest park) but the stakes are never clearly defined as to what she hopes to find there. It is made muddier still by a midway turnabout, brought on by a chance meeting with other humans, that sees her double back towards home. Much more interesting is Orpen’s relationship with her mentor Maeve, the anger that fuels both women and the lengths they must go to in order to survive. Davis-Goff splices chapters from the past and present together, giving momentum to her story. In the past, Maeve is moody and taciturn and a brilliant teacher. In the present, she’s dead – worse than dead, a skrake that Orpen can’t bring herself to part with, a smoking gun she carries about in a wheelbarrow.

Scenes that look back on island life and build to the death (and subsequent horrific rebirth as skrake) of Orpen’s mother are well drawn. The author excels at macabre detail, from the wheelbarrow, to the stench of death off the skrakes, to the “syrupy black blood” oozing from their wounds. Davis-Goff blends narrow and wide lens writing to good effect. Here we are in the moment with Orpen: “The blisters I got on my hands from rowing to and from the island fill with fluid, burst, fill again.” As she moves across the country, the landscape comes to life: “The greenery is so much thicker here. What little is left of the road is a different colour entirely from the bluish purple of the road to the city. Like it’s been swallowed up and spat back out and is barely a path, a rough line, like a finger drawn across dry dirt.”

Davis-Goff lives in Dublin and is well known in books circles as one half of the independent publisher Tramp Press. She is not the first Irish author to reimagine a dystopian Ireland. In recent times, Danny Denton’s The Earlie King & the Kid in Yellow and Sarah Maria Griffin’s Spare and Found Parts both offered original, colourful takes along similar lines. Last Ones Left Alive has more in common with Griffin’s book in terms of audience reach and subject matter. Davis-Goff, a 2018 Bookseller Rising Star, is particularly good at writing violence: “The knife is all the way in and I begin to work it from side to side, doing as much damage as I can to whatever the blade can reach. I pull it out a little and there is a hiss of foul air, and I work it back in, the handle slippery in my fingers.”

Orpen is an admirably fierce heroine, and not just in her physicality. She speaks of “a world where men have been dispensed with”. When she meets a man for the first time, she notes, “He’s talking like he’s sure I want to listen to the noise of him”. The book’s ending is markedly feminist in tone, though plot-wise the arrival of a group of badass banshees needs more exploration early on. What went down in Phoenix City that caused Orpen’s mother and Maeve to leave? Who exactly are the banshees that Orpen notices on posters on Slanbeg? The information is dangled but withheld.

Though most of the book revolves around action, occasional insights are elegantly interwoven: “Maeve is cold and hard and unfair. ‘Like life,’ she tells me when I complain.” Later Orpen has a moment of realisation that strikes, like all good dystopias, at the heart of modern society: “It’s a problem all on its own, so it is; we’re to be afraid of people, and we need them.” It is a line that sums up the world of Davis-Goff’s debut, where survival skills can only get you so far in an exceedingly hostile world.