Kit de Waal: The Trick to Time review - In search of lost time

The Trick to Time review: A beguiling, simple story that hides a tricksy, troubled tale 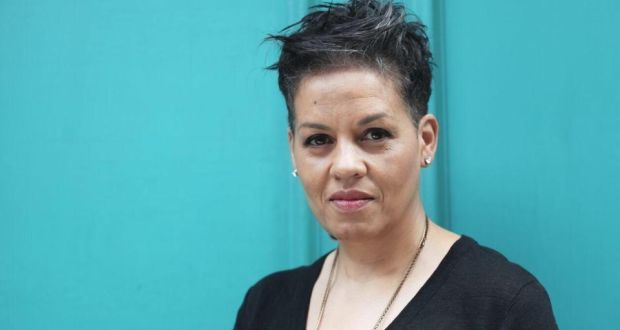 Author Kit de Waal’s new novel steps back in time to the IRA pub bombings in Birmingham in 1974.

Book Title:
The Trick to Time

Mixing personal and political plights in her 2016 debut My Name is Leon resulted in an international bestseller for Kit de Waal. Her self-professed “tiny story” about a mixed-race boy taken into care had a big impact on readers and won the Kerry Group Irish Novel of the Year Award for 2017.

Whereas Leon’s political backdrop was the London riots of 2011, de Waal’s new novel – already longlisted for the 2018 Women’s Prize for Fiction – steps back in time to the IRA pub bombings in Birmingham in 1974. Born to an Irish mother and Caribbean father, the author was brought up among the city’s Irish community and is well placed to document both the carnage of the attack and the fallout for immigrants.

As with her debut, de Waal takes an oblique look at the wider landscape by focusing on the personal misfortunes of her characters. The bombings are pivotal to the tragedy but occur out of the blue and as an interruption to the narrative, in a way that skilfully reinforces their brutal reality. The Trick to Time centres instead on Mona and William, two Irish immigrants in their early 20s whose love-at-first-sight story gives way to a tender tale of grief, suffering and devotion.

Mona tells their story in past and present narratives, the latter placing her in an unnamed seaside town in England as she turns 60. Childless and living alone, she puts her energies into an intriguing business that revolves around a specialised kind of doll-making. She arranges meetings with her often reluctant clientele, asking them to come alone: “Bring a shawl, or a blanket, or anything else you like.” The revelations around this business, without giving too much away, are an original take on the subject of loss, though at times the clients’ stories told in an omniscient voice detract from Mona’s more compelling tale.

The book doesn’t have quite the same impact as Leon, veering into melodrama in the final scenes, but the emotional connection with the characters returns in force. De Waal has an effortless way of making you care about her fictional community, from fleeting cafe owners and teenage assistants, to a gentle giant Irish father, to his busybody relation who ultimately comes good. Villains and heroes are interchangeable in her worlds, catching the reader off guard and providing the kind of suspense that’s far more rewarding than a cliffhanger.

Communities, both good and bad, are once again to the fore in The Trick to Time. Mona’s friends throw a surprise party for her 60th. Decades before, when tragedy strikes in Birmingham, William’s aunts turn up on her doorstep like saviours. This kindness is contrasted with how the Irish are treated in the wake of the bombings, with overt racism evident in everyone from cab drivers to midwives to a group of vigilante Englishmen exacting revenge on anyone with an Irish accent. Although set in the ’70s, it is a timely reminder of how many within the Muslim community feel today.

While the present narrative establishes Mona as a sympathetic character who refuses to give in to self-pity, it is the past that pulls on the heartstrings. There is the loss of her mother from cancer when Mona is a child, the fierce love that develops between father and daughter, her need to escape from her stifling Wexford hometown, her overwhelming guilt when the phonecall from a relation reaches her in Birmingham: “Mona feels suddenly poor and insubstantial, as though there’s not much left of her in the world, as though a good breeze could blow her away and leave no trace.” Echoes of a similar phonecall to another Wexford immigrant in Colm Tóibín’s Brooklyn abound.

William picks up the pieces following Mona’s father’s death but his manic cheerfulness is no match for an even greater tragedy. The burden of dealing with other people’s problems is tackled head on by de Waal and the unfairness of Mona’s situation will resonate. “He’s going to find your visit difficult,” a doctor warns a grieving Mona in a line that will leave many readers fuming.

On the whole, de Waal’s ear for dialogue is excellent: snappy lines with plenty of humour. Her characters are more loquacious than the taciturn males of Leon, and aside from a few slippages into an authorial voice when describing back story, they ring true.

Dialect is notable also, with characters from rural Ireland, industrial England and even a German immigrant all sounding authentic.

The early novels of Kate Atkinson come to mind with de Waal’s work, as do authors such as Deirdre Purcell and Maggie O’Farrell with the focus on immigrant and working class communities.

In the early sections of The Trick to Time, there is that same sucker punch of love and loss that O’Farrell delivers so successfully in After You’d Gone. De Waal, however, makes it her own in a novel whose outward simplicity belies its tricksy, troubled tale.