Nicholas Rombes’s debut novel is about a man who destroys a collection of rare film prints by cult directors. So how do you imagine key cuts that never existed by real directors? 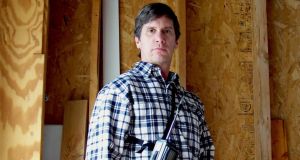 Nicholas Rombes: in his novel, a retired librarian has destroyed his collection of rare film prints by directors such as David Lynch, Maya Deren and Michelangelo Antonioni 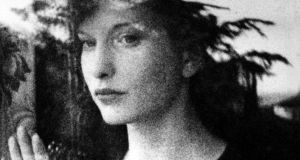 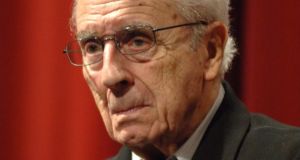 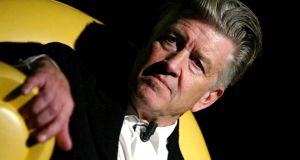 Nicholas Rombes is surprisingly genial given that I’ve got him up early on what I, foolish European, thought was a normal Thursday, but is in fact Thanksgiving. Rombes is an author, critic and professor of English at University of Detroit Mercy.

Having written extensively about film online and in his column for Filmmaker magazine, as well as dissecting the Ramones’ classic first album and compiling A Cultural Dictionary of Punk (1974-1982), he has just published his first work of fiction. That might not be the best way to describe The Absolution of Roberto Acestes Laing, however. Rather, it’s a series of overlapping fictions, all rubbing up against each other in strange and puzzling ways.

The story, such as it is, revolves around a three-day interview in rural Wisconsin between an unnamed narrator and the titular Laing, a retired librarian who has destroyed his collection of rare film prints, a set of atypical works by cult directors such as David Lynch, Maya Deren and Michelangelo Antonioni.

The book consists mostly of Laing describing these films, his memories of them and snippets of his life as it weaved through his watching of them.

The slight problem is that none of the films really existed; Rombes has made them all up. But here they are on the page, brought back from a death that never occurred, living for the first time in the fading, unreliable memories of a fictional character, who has destroyed them for containing “an extreme, undiluted truth”.

The novel is an attempt to write about film through fiction, engaging both art forms at once with the analytic mind of the academic and the imagination of the storyteller. In the process, Rombes found the freedom of fiction pushing him towards a new type of writing.

“One of the things that I found different and challenging, but also really thrilling, was in trying to think about some of the writing itself performing or mimicking some of the strategies that the fictional films used in the book,” he says.

“I experimented with, in some cases, really long sentences to approximate a long take, especially some of Antonioni’s films with those beautiful takes where there’s so much information in the shot that’s not punctuated by the period of a cut or an edit. I love thinking of the long sentences as being almost like a roving camera.

“Then, with the jump cuts, I was thinking of Laing’s imperfect memory, where he sort of overlaps backward a little bit and gets things wrong.”

Memory plays a huge role in the book, as Laing’s imperfect recall digresses and contradicts itself, or leaves tantalisingly unfinished thoughts. Laing’s destroyed collection was made up of 16mm film reels, and the analogue format’s transience – you see it once and then it’s gone – mirrors the fallibility of his analogue memory. Today, when films are mostly digital and almost everything is easy to find, the aura that surrounds such rare films has disintegrated.

While this is a boon for students and teachers, for whom analysing individual frames and repeat viewing is useful, Rombes suggests there are downsides to having everything available all the time; not least the way it makes the kind of creative misremembering that Laing and the book’s narrator are involved in altogether more difficult. “Everything is available to verify, to fact-check, to clarify – which might be good for teaching but for writing it can be a bind,” he says.

Rombes says that a big part of his work as a teacher and a critic has been learning how to talk about films and books that he loves without demystifying them too far, without effecting the “beauty and power” of the work.

Now, as an author of fiction, a similar challenge arises. How do you incorporate the theories and concerns of the critic and academic into an original work of art? Rombes cites Joan Didion’s Play it as it Lays, and the 2013 film Upstream Colour, as examples where the divisions between style and content seem to dissolve. In art such as this, the formal ideas and emotional content combine equally to powerful effect.

“That’s so beautiful and rare when that happens,” says Rombes. “Even though you see the process and you know the process, that there’s this notion of affect, you’re still pulled into it. That’s a beautiful, almost magical thing, when you can have both. You understand the processes, yet you still succumb to them in some ways.”

It’s a testament to Rombes’s skill as a writer that the same can be said for his own first novel. The narrative framing and theoretical concerns disappear into the sheer enigma of Laing and his twisted passion for these destroyed, imaginary films.

They appear, in some ways, more real to him than his own life, which seems filled with an otherworldly, Lynchian paranoia. For the reader, there is little we can know for sure, but this is what makes the book so exciting.

Rombes’s next major project is just as intriguing. Moving from film-watching to film-making is the ultimate risk for any critic, but next summer Rombes will begin filming his screenplay, The Removals, co-directed by himself and fellow Two Dollar Radio author Grace Krilanovich. It’s a long way from the sidelines of critical discourse to having real skin in the game, but Rombes doesn’t sound half as scared as he probably ought to be.

“I’ll have to get a high-pressure suit on to go down into this thing,” he says. “It’s like going into the heart of the beast.”