Joseph O’Connor shortlisted for comic novel of the year 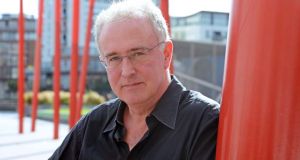 Joseph O’Connor: his story of a rock band’s rise from Thatcher-era London to the Hollywood Bowl has been shortlisted for the Bollinger Everyman Wodehouse Prize. Photograph: Eric Luke

Joseph O’Connor’s story of a rock band’s rise from Thatcher-era London to the Hollywood Bowl and John Niven’s tale of a debauched Irish novelist have been shortlisted for the Bollinger Everyman Wodehouse Prize, awarded annually to the best comic novel of the year.

Campbell said: “The shortlist for our fifteenth prize is one of the strongest we’ve ever had. All the books on the list are of great calibre and quality which makes the job of choosing just one of these witty, zestful novels as the winner almost impossible.”

The prize recognises the best comic novel of the last twelve months. Past winners have included critically acclaimed writers such as Will Self, Howard Jacobson, Ian McEwan and Terry Pratchett. The shortlist spans a variety of themes, locations and time periods, but each novel captures the comic spirit of PG Wodehouse.

The six shortlisted novels are:

The Thrill of it All by Joseph O’Connor (Harvill Secker)

Spanning the career of an Irish band over 25 years, The Thrill of it All rewinds and fast-forwards through an evocative soundtrack of struggle and laughter. Using interviews, lyrics, memoirs and diaries, the tale stretches from suburban England to Manhattan’s East Village, from Thatcher-era London to the Hollywood Bowl, from the meadows of the Glastonbury festival to a wintry Long Island, culminating in a Dublin evening in July 2012, a night that changes everything.

Jeeves and the Wedding Bells by Sebastian Faulks (Hutchinson)

Described by The Guardian as “a wonderfully happy book”, Sebastian Faulks has used PG Wodehouse’s much-loved characters, Jeeves and Wooster (fully authorised by the Wodehouse estate) to create, in his own words, “a nostalgic variation – in which a memory of the real thing provides the tune and these pages perhaps a line of harmony”.

Mad About the Boy by Helen Fielding (Jonathan Cape)

The nation’s much-loved singleton (now widow) returns for a third time, stumbling through the challenges of single-motherhood, tweeting, texting and rediscovering her sexuality in what some people rudely and outdatedly call “middle age”. “She remains the quintessential comic heroine on her third outing” (Guardian).

Hanif Kureishi’s seventh novel, The Last Word, is an outrageous, clever and very funny story of sex, lies, art and what defines a life – “important as well as enjoyable” (Independent). Harry, a young writer, is commissioned to write the biography of Mamoon, the eminent Indian-born writer now based in England. Harry wants to uncover the truth of Mamoon’s life; his publisher seeks a more naked truth.

Straight White Male is “an enjoyable satire of the film industry, publishing and academia” (Guardian) which sees Kennedy Marr as a novelist from the old school. Irish, acerbic, and a borderline alcoholic and sex-addict, his mantra is drink hard, write hard and try to bed every woman you meet.

Edward St Aubyn’s eighth novel cuts to the quick of some of the deepest questions about the place of art in our celebrity-obsessed culture, and asks how we can ever hope to recognize real talent when everyone has an agenda. Particularly when judging a book prize. This is a “scathing, satirical and laugh-out-loud funny” (Huffington Post) book which might strike a few chords with those in the literary world.

This year’s winner will be announced just ahead of the Hay festival on Monday, May 19th. The winner will receive a jeroboam of Bollinger Special Cuvée, a case of Bollinger La Grande Année and a set of the Everyman Wodehouse collection which now totals more than 90 books. The winner will also be honoured with the presentation of a locally-bred Gloucestershire Old Spot pig, to be named after the winning novel.