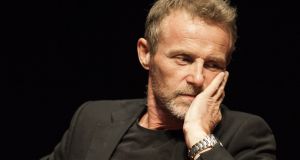 A noble man, his doom foretold, persuaded to commit treason and murder by a femme fatale, and subsequently succumbing to guilt, paranoia and madness – Shakespeare’s Macbeth is the very stuff of noir, which is presumably why the bestselling Scandi-noir novelist Jo Nesbø chose to reimagine the tale for Hogarth’s series of novelisations of Shakespeare’s plays, which has to date included Margaret Atwood’s Hag-Seed (The Tempest) and Jeanette Winterson’s The Gap of Time (The Winter’s Tale).

Opening in Scotland in the early 1970s, amid “capitalism’s plundered cathedrals in a town of drop-outs and disbelief”, the story is set in the grim post-industrial setting of Inverness, where Macbeth leads a SWAT team dedicated to battling the drug barons who have decimated a generation. Persuaded by his lover Lady that only the murder of chief commissioner Duncan will allow Macbeth to achieve his ambition of cleansing Inverness of collusion, graft and political corruption, Macbeth sets in train a bloodbath that culminates in a civil war, as the various factions in the Inverness police department go to war for the very soul of Inverness.

Nesbø’s Macbeth has much in common with his Norwegian police detective Harry Hole, both men being cynical idealists with addiction issues, although this Macbeth, who starts out as the story’s hero only to be corrupted by the dark promise of power, is the kind of character Hole tends to find himself investigating. Its modern trappings aside, Nesbø closely follows the contours of Shakespeare’s original plot, even when some of the twists and revelations might be considered improbable by the standards of contemporary crime fiction’s aspiration to realism, some of which are explained away by Macbeth’s dependence on the highly addictive “brew” (also referred to as “power”), which gives rise to bad dreams and supernatural visions, in the grip of which both Macbeth and Lady are prone to making erratic decisions that plunge them further into the mire.

As the flawed but essentially noble Duff grows more suspicious of his colleague Macbeth, however, the plot takes on a timely quality: Macbeth, plucked from the other ranks to become chief commissioner because he is “a man of the people”, gradually becomes the kind of tyrant he has always professed to despise, whose public utterances about serving the public grow more hollow as he plots to create the conditions required to force a suspension of civil liberties and have himself hailed as a de facto dictator.

“It’s our damned duty to kill innocent people, Duff!” Macbeth eventually declares, in the process revealing how far he has strayed from his original vision, but also the extent to which Nesbø has been obliged to reimagine the more pious conventions of the crime novel – the illusion of justice, the maintaining of the status quo – in order to cleave closely to the spirit of Shakespeare’s blood-soaked anti-hero.

A bracing blend of spaghetti Western, dystopian sci-fi and Elizabethan tragedy, Nesbø’s Macbeth is for the most part a plausibly imaginative reworking of Shakespeare’s text, even if Nesbø might be considered to be biting the hand that feeds when one of his characters, on a trip to the Capitol, announces his dislike of “the broad avenues, the magnificent old parliamentary buildings and all the other shit”, which latter includes “the expensive national theatre with its pompous plays, incomprehensible dialogue and megalomaniac kings who die in the last act”. Nesbø’s dialogue is certainly comprehensible, if somewhat prosaic (“I can see him in front of me with a dagger in him, but I don’t know if it really happened or I just dreamed it”), although the main issue with his Macbeth is that his kings aren’t kings.

In killing Duncan, Shakespeare’s Macbeth wasn’t simply guilty of regicide; in murdering a divinely-appointed king, he was declaring war on God. Here the assassination of Duncan, an elected official and Macbeth’s superior professionally and socially, represents a treasonously destabilising act which contravenes the democratic will of the people. There’s no doubting the seriousness of Nesbø’s intent in crafting this variation on Shakespeare’s original plot, but while this is certainly an imaginative and powerful adaptation, and one that will likely please fans of the Harry Hole novels, it lacks the nihilistic dark thrill of Shakespeare’s original, that of defying God.

Declan Burke is an author and journalist. He is currently a Unesco / Dublin City Council writer-in-residence