James Joyce: caught up in a scandal?

The author of ‘A Portrait of the Artist as a Young Man’, ‘Ulysses’ and, most importantly in this context, ‘Finnegans Wake’, was no stranger to controversy. But Margot Gayle Backus’s new study is less than the sum of its parts 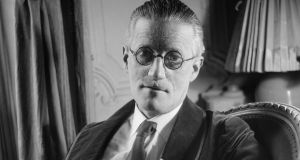 Scandal and James Joyce are closely intertwined: his work was scandalous, first in one way (dirty), then in another (unreadable, and probably dirty if it could be read). Aspects of his life (such as his marital status and his drinking) were scandalous. And scandal pursues him to this day, for instance in the things done with, and to, his texts. Margot Gayle Backus is therefore certainly on to something when she devotes a book to the relationship between Joyce’s work and the scandals publicised by what she calls the new journalism of the late 19th and early 20th centuries.

Backus focuses on three big scandals of that epoch, in which newspapers were heavily involved: Parnell, Wilde and the less well-known but important exposé by WT Stead of child prostitution in 1880s London (a scandal in which Stead himself got caught up). She argues, interestingly but probably controversially, that the British press learned its techniques of scandal (the tone of false outrage, the “sensational” revelations, the seizing on fragments of a life and blowing these up to encompass the entire person, and so on) from some of the tactics of the Parnellite press in the 1880s, notably in exposing alleged homosexual activities in Dublin Castle.

Interesting as this is, one has to ask about its relevance to Joyce and his work. Parnell’s importance needs no arguing. Wilde is indeed a presence, but a crucial flaw in this book, as a study of Joyce, is its omission of the work in which Wilde most heavily features: Finnegans Wake. Backus is well aware that Finnegans Wake is the work in which scandal and homosexuality are most obviously prominent: she writes that Finnegans Wake “would call for a book in itself”. That may well be true, but its omission does leave a major gap in the text.

Having outlined the “scandal work” of the new journalism, Backus, an associate professor of English at Houston University, goes on to consider what she calls Joyce’s own scandal work. By this she means the way that Joyce, as a modern artist, approached the scandal-ridden discourse of his time, incorporated it into his work, and transformed it in crucial ways.

Paralysis
That the fear of scandal, of exposure in all senses, is one of the factors creating the paralysis of Dubliners is made impressively evident. As the discussion moves on to A Portrait of the Artist as a Young Man and Ulysses an aspect of this work that has been present all the time (though not indicated in its title) becomes more evident: male homosexuality, especially homosexual scandal (hence the emphasis on Wilde). Much is made of the “smugging” episode in A Portrait and of what does sound very like a declaration of love by Cranly to Stephen towards the end of the book. Similarly, Mulligan’s attitude to Stephen in Ulysses is taken to be an implicitly (at least) homosexual one. This emphasis does not come from nowhere: it is part of the discourse of “queer theory”, of which Backus, with her colleague Joseph Valente, is a leading Joycean exponent.

One notion the theory sets great store by is that of “homosexual panic”, the panic allegedly generated in those mired in heterosexuality when exposed to the awareness of an alternative form of sexuality. A problem here, even if one accepts that Mulligan’s relation to Stephen has a homosexual dimension, is that Stephen displays very little homosexual panic: his response to Cranly’s apparent overture in A Portrait – “Of whom are you speaking?” – displays not panic so much as cold indifference (it is unsurprising that Cranly desists), and again his reaction as a child to the “smugging” allegation seems to be more puzzlement than panic.

And he has multiple reasons for an aversion to Mulligan, homosexual panic being the least of them. Backus would actually be on firmer ground if she looked more closely at Bloom’s feelings about Stephen. The problem with Ulysses, for Backus, is that only one aspect of the book is overtly to do with scandal (the Phoenix Park murders are much more than a “scandal”), and that is the fantasy sequence in the Nighttown episode in which Bloom is indeed publicly exposed and humiliated in multiple ways. Backus does discuss this sequence and makes some valuable points. But the fantasy nature of this descent, and the episode’s inherently comic tone, make it difficult to accommodate it within her theoretical framework.

Her real interest is in the ways in which Joyce, through the persona of Stephen, negotiates a different way of addressing scandal than that of the press. He does it via what she calls, rather well, ambiguous self-disclosure, and he does it chiefly in the library episode of Ulysses, which receives the most sustained reading here of any of Joyce’s texts. The argument is that Stephen accepts “homosexual desire as a literal part of his and others’ makeup”, thereby undoing the power of scandal to destroy him. Much of this is predicated on the unquestioned assumption of homosexual attraction (at least) between him and Mulligan, despite the scant overt evidence of this in the text. Pursuit of this chimera leads Backus to mistake thoughts of Stephen about Richard Best, another of those involved in the episode, for thoughts about Mulligan, and similarly to mistake a remark of Stephen as being addressed to Mulligan when it is not. (A 17-page bibliography is indeed impressive, but the basic task of reading Ulysses accurately matters more.)

This is a book of parts that come to less than their sum. There is the new-journalism scandal machine. There is the much- insisted-on homosexual thread. And somewhere there is the work of James Joyce, juxtaposed uneasily with these other two. That work does indeed have connections with Backus’s concerns, and some of these connections she illustrates very well, but ultimately the work is being at least partly distorted to fit these concepts. And, sadly, the book where both of these – scandal and male homosexuality – feature much more prominently goes unread, ironically confirming its outsider status.