It’s good to talk: Talking to Terrorists: How to End Armed Conflicts, by Jonathan Powell

Review: A powerful, opinionated argument for sitting down early with terrorists to talk peace 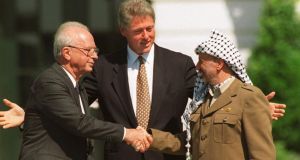 I was amazed to find that I enjoyed this book very much. Here is another jaded “terrorism expert”, I had thought, and – even worse – yet another Brit with experience of “making peace” among the (savage) Irish about to tell his tale of how the Good Friday agreement can be turned into a template for world peace, an export to rival Guinness, Riverdance or St Patrick’s Day.

The initial signs were not good, with the book dedicated “to all the victims of terrorism”. The last volume I had read with such an inscription gave over quite a few of its pages to justifying torture. Also there was the question of excess: sometimes there seem to be more academics specialising in how to end conflict than there are violent subversives involved in keeping them going.

This book is different. It is thoughtful, well-structured, intelligent and well-informed. It eschews the usual hyperbole in favour of an analytical style that is cautious and restrained, unusual strengths in a market as excitable as it is crowded.

The author knows that the very language of terrorism is itself a creature of international politics, a flexible tool used by the powerful to win advantage in the pursuit of their interests. In the best sense, the book is opinionated: Jonathan Powell has an idea, born of his own experience, which he believes has been justified by our history, and which we need to recover now, and act on – namely that (as the title says) if we are serious about ending armed conflict we must talk to terrorists.

The chapters take the reader on a journey from initial contact with “the enemy” (a significant choice of words: criminals and psychopathic killers are not “the enemy”) through to “building a channel” to them, the use of intermediaries, and then on to the negotiations themselves.

All this is followed by a particularly powerful chapter on a topic frequently forgotten but nevertheless invariably critical: the aftermath to that big day in Downing Street, the Oval office, the UN or wherever. As Powell’s chapter title puts it, summing up the pages that follow: “Only implementation creates trust”.

If this has the look of a DIY kit for trainee peace-makers, do not be deceived. Of course it will be read by the aspiring Martti Ahtisaaris and Jonathan Powells. But it is saved from the tedium of the technical by the author’s very strong grasp of conflict around the world. He not only knows about each of them in depth and can deploy them as part of his argument, he manages to do it in a way that respects the individuality of each example.

Terrorism studies usually flatten all world history and current conflict into a context-free analysis of terrorism (bad) and counter-terrorism (good). Books that do better than this invariably find they need to dive fully into the particular. They have no use for the language of terrorism, with its skewing of the story towards one sort of violence to the exclusion of wider issues of justice, democracy and state oppression. Works that speak of terrorism as a global phenomenon, but are also respectful of place, are unusual and this is one of the best of that rare breed.

The penultimate chapter on the lessons of history, is a case study of how this subject is to be approached and a nuanced account of past mistakes and how to avoid them.

What then of the argument, earlier alluded to? In a sentence: get into discussions with your “enemy” without letting all those years of unnecessary deaths pass by before (eventually and inevitably) you reach out.

No doubt there is a degree of truth here. Powell shows how often governments everywhere have declared themselves disgusted at the prospect of talking to X group before eventually doing exactly this. When X is in its pomp, no language can do justice to quite how evil, mad, bad, savage or barbarian its leadership and members are, until, that is, the talking starts.

Language does not help here: we have only a limited number of words to express horror and indignation and once these are used to describe X then they are all that is left to capture our indignation at Y and Z when their turn comes. But surely this does not mean they are inevitably the same?

Isis gets the merest of glances, one mention towards the end as an example of how “these groups can appear out of a clear blue sky”. The words mustered to capture our horror may be the same as those once used against the IRA, Eta or the PLO, but surely they are here expressing a deeper recoiling at a flouting of the most minimum standards of humanity. Isis don’t pretend the people they behead are remotely culpable and they ignore even their own faith leaders.

Abu Musab al-Zarqawi was a small-scale version of Isis, beheading his way to eventual oblivion in Iraq after the US-led invasion, too extreme even for al-Qaeda, and he gets only one mention here too. The most violent of all the “terrorists” of the 1970s and 1980s, Abu Nidal, is passed by completely. So is Carlos “the Jackal”, another negative icon from those decades of often genuinely terrifying terrorist atrocities. They made the news as much as Arafat, Adams and Mandela – should we have talked to them?

Should we talk to Isis now? The politically violent are sometimes credible opponents of oppression fighting a just cause. But they can also be selfish political queue-jumpers killing their way to the top of the line for public notice. Or they might be, well, just crazy. The tricky thing is to tell which they are at the time, not long after.

The Baader-Meinhof Gang in Germany and the Red Brigades in Italy may well have been shown by history to have had no “serious political base” and so they could be “wrapped up by police work” or left to “fizzle out as the activists get too old for conflict or as fashion changes” but it didn’t feel like that at the time, when an ex-prime minister could be held hostage and murdered and industrialists were being picked off at will.

And if it is a “serious armed group” that enjoys “substantial political support” what do you talk about when you meet? Redrawing the borders of Syria and Iraq? Will the Kurds then feel they didn’t behead enough people to get properly noticed?