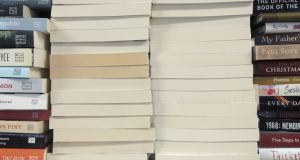 The body which represents Irish publishers has said it does not support a publisher’s controversial plan to charge writers €100 per submission. Photograph: Liberties Press

The body which represents Irish publishers has said it does not support a publisher’s controversial plan to charge writers €100 per submission.

Liberties Press publisher Seán O’Keeffe has remained defiant over his proposal to charge €100 per submitted manuscript, except when submitted by a recognised literary agent.

He tweeted at the weekend: “Thanks for the comments on our submissions policy on Friday and over the weekend. The policy won’t be changing.”

Mr O’Keeffe justified his proposal on the basis that a writer will receive a critical assessment of the manuscript and valuable feedback in return.

He said that if the proposal meant an end to writers sending unsolicited manuscripts to multiple editors, it would not be a bad thing.

He also suggested that this approach will become the norm among publishers in the coming years.

In response, Publishing Ireland, which represents 44 Irish publishers but not Liberties Press, said that to its knowledge none of its members engaged in the practice of charging for submissions.

Publishing Ireland chairperson Ruth Hegarty said that what Liberties Press was doing was against the spirit of the code of conduct signed by all its members and which governs the relationship between author and publisher.

She suggested interested authors should submit their manuscripts to other independent publishers such as Lilliput or Tramp as they did not charge for submissions.

“We would encourage any writer who is experiencing difficulties with their respective publishers to approach the Irish Writers’ Union for help.

“All authors are entitled to royalty schedules and payments if in their contract.”

The Irish Writers’ Union has also advised potential writers not to pay to have their manuscripts reviewed.

The union tweeted: “Writers: please don’t pay a publisher to consider/publish your manuscript. They should be paying you!”