In the Dream House: Falling under a dangerous spell 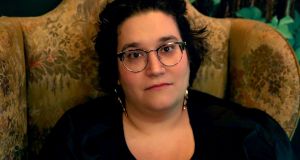 Book Title:
In the Dream House: a Memoir

A memoir utterly unlike most, Carmen Maria Machado’s In the Dream House uses the familiar and sinister language and tropes of fairy tales and ancient folklore to recount and explore her experience of an abusive relationship that shut her off from what she had once believed was the real world.

In many ways, a memoir like this, excruciatingly honest and yet vibrantly creative, has no beginning. But if this one did, it would be the moment Maria became involved with “the woman in the Dream House”, as Machado refers to her throughout the course of the book. Unsophisticated in love, painfully self-conscious of her body and afraid of her own developing identity, Machado was unused to being desired, much less to having her desire reciprocated. This, she reasons in hindsight, is probably the reason she fell under the spell. And there is always a spell.

It is ironic then that having fallen under a dark spell, that is precisely what she weaves for her readers. With images gleaned from fairy tales that have told us for centuries how to operate within the bounds of our various societies, Machado draws us into an intricately crafted web of emotion, betrayal, sensuality and revelation.

But perhaps the most striking and disconcerting aspect of Machado’s story of her life is that it’s written in the second person. Revealing herself in searing honesty, she is utterly vulnerable in the prose she creates, and yet, because that second person prose addresses her reader directly, we are utterly immersed in her world, so much so that her world becomes ours.

Innovative and haunting, compelling and jarring, Machado has created what is essentially a new form of memoir

There is bravery in her endeavour, in honestly questioning how much an intimate, romantic and traumatic story can be told; how she herself can be trusted to tell a tale that has been told so many times before but that changes with every retelling. This leads to a literal and literary rummage through a toolbox of techniques and perspectives as Machado attempts with each chapter to find the right way to tell the story of her enchantment. Chapter titles such as “Dream House as Lesbian Pulp Novel”, “Dream House as Stone Comedy”, “Dream House as Myth” and others document those attempts, which in turn becomes insights into the meta narrative of her doomed relationship. None can ultimately tell the tale in its entirety but this is what Machado revels in; her knowledge allows her to break the rules, to bend those literary conventions. Over and over again she asks, how can a story like this be told? How can any story be told?

It is rich and detailed but this reader longed for more insight into the connection between the Machado speaking this retelling and the younger, besotted, enchanted girl to whom she is speaking. The spell she fell under was predicated on a dream she could not reveal even to herself; the possibility of a happiness that could only lie in a connection to another person and the vulnerability that resonates within that.

In the beginning, Machado believes that no one has ever told a story like this, a story of abuse in a queer relationship, when in fact, feminists have been articulating the realities of relationships like these for decades. Machado’s extensive and revelatory research and reading into this dark and essential history is documented within The Dream House in an exhaustive bibliography. Even as she marks every fairy tale trope, illusion and image with a footnote, she evokes Angela Carter’s capacity to articulate the sensuality in the darkness, believing as she does that every culture should explore its sins as well as its achievements.

But the darkness is suffused with light, wit and wisdom as Machado uses the fragments of her own trauma as lens through which to see and interrogate the culture that has made her who she is, despite and because of her experiences. As a queer woman writing about the abusive relationship that fundamentally influenced her queer identity, she takes a risk that goes to the heart of who she is as an author and a woman.

In the recounting of the trauma of an abusive relationship, In the Dream House becomes a meditation on the human need to belong, and the price we as individuals are prepared to pay for that belonging. Innovative and haunting, compelling and jarring, Machado has created what is essentially a new form of memoir, a creative non-fiction story of her own life, her own thoughts, and her own nightmares.