On the anniversary of the end of the siege of Leningrad, Eileen Battersby celebrates a book that captures the heroism and misery of its citizens 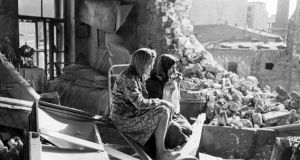 Two women sit among the debris in the aftermath of the German bombardment of Leningrad in 1942. Photograph: D Trakhtenberg/ Slava Katamidze Collection/ Getty Images 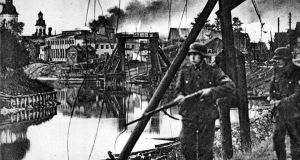 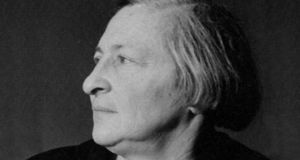 Lidiya Ginzburg: her Blockade Diary describes exactly what it was like to share a city in which food, not death, preoccupied the citizens

A year to the day before the Soviet Army liberated Auschwitz, the 900-day siege of Leningrad ended. Russians remember the ordeal with proud hearts. It was an inhuman test of courage and pride, pride in being Russian, in being Leningraders. January 27th, 1944 is honoured each year, recalling how ordinary people held off a war machine. Today Russians will be celebrating their national strength of spirit and resilience.

The siege was one of the turning points of the second World War. It slowed down the German army’s relentless advance into Russia. The capture of the great city of St Petersburg – at the time known as Leningrad – was regarded by Hitler as the ultimate prize. It had been the city of the Tsars, it was also the former capital of Russia and it was the symbolic heart of the Bolshevik Revolution. Leningrad was all; it was also the hub of about 11 per cent of Russia’s industrial wealth.

The siege began on September 8th, 1941 and during the 30 months that followed, the people quickly lost interest in the bombardment from the air. A quick death was the easier alternative. For the people of Leningrad a far greater evil was hunger. Far more of the estimated one and a half million people who died, the largest ever loss of human life in a city, were killed by starvation than by bombs. As well as that, there were the freezing temperatures ranging between -25 and -30, no heating, no electricity, no water, no sanitation. Fear disappeared, people lost interest in dragging themselves to the air raid shelters. Death in a collapsing building would be a release from the endless queuing for tasteless bread that was about 60 per cent sawdust.

Literary critic Lidiya Yakovlevna Ginzburg lived through it all and wrote an account, Blockade Diary, which describes exactly what it was like to share a city in which food, not death, preoccupied the citizens. Her unnerving book was often criticised for being too cool, too detached. The reason for this was that she was an intellectual and for her the experience was as much an intellectual as physical challenge. She did not personalise her suffering at all, instead she observed the reactions of others and much of her collective account is written from the point of a view of a composite Everyman figure, N. It all takes place in a silent city, one in which there are no dogs or cat or even rats.

As the poet Alexsander Kushner, born in 1936, who came to know her well when he was a young man and she was at 57 well marked by life, wrote: “A great deal has been written and published, both in Russia and the West, about the Leningrad Blockade. This includes not only official documents, articles, essays and statistics, not only memoirs and fictional narratives, but even poetry on every scale. The number of victims, as well as reasons for their tragic destruction, reasons associated not only with barbarity of the enemy, but with the incompetence and inhumanity of the Soviet leadership, had previously distorted the official version of the catastrophe. In Lidiya Ginzburg’s memoirs there are no statistical computations, no exposure of the party leadership.”

Kushner asks why there were so many delays in publishing it. He knows the answer. It lies in Ginzburg’s intellectualism. Initially published in the literary journal, Neva, in 1984, it was subsequently published in book form in Leningrad in 1989. The first English translation appeared 20 years ago this year. 2015 also marks the 25th anniversary of the death of Ginzburg, a formidable thorn in the side of the Soviet authorities, particularly the literary establishment. She was a great survivor.

Born in Odessa in 1902, she moved to Leningrad in 1922 where she studied at the State Institute for Art History. She not only survived the Leningrad Blockade, she had defied the earlier purges as she would the anti-Semitism of the 1950s. She became a mentor for young poets such as Joseph Brodsky. Throughout the 1960s and 1970s, her literary criticism became widely published. As a young student she had become very interested in the emerging Russian Formalism. Her intellectual approach does set her apart. One does not look for emotion or sentimentality in her writing. But the humanity is there – as is the blackest of irony. Late in the diary, writing in the persona of N, she notes: “Sometimes there were lucid intervals. Then you felt like gorging yourself to bursting point, till you were sick of the sight of food, to vomiting point – just so as to point an end to the shame, just to free your brain. But fear took hold of the malnourished brain – what on earth would happen if it disappeared? If this complex of desires and goals were to resolve itself away?

“What was it so sickeningly like? Something from the previous life? Ah, yes – being unhappily in love, when she was slowly releasing the bonds and you feared to lose along with her, not hope by now, not the emotion, but the guaranteed, accustomed filling of the vacuum.

“One day, N could hold out no longer and as he was sitting at his editorial desk, muttered: ‘What matters now is– not to think about food.’

N is of course Ginzburg, but she chooses this extraordinary distancing device. Her Blockade Diary is terrifying yet also calm, as surreal as extreme hunger must be, when suddenly the sensation is one of floating. There are factual descriptions of how one would assess exactly how much physical effort could one justify expending on standing up or walking down the stairs. Gradually beyond the gnawing hunger, it is the state of absolute weakness. The thought that even moving in your bed would dislodge the heap of blankets and clothing that were failing to keep the cold out.

“N overlooked the beginning of the city’s frightful calvary of famine – like many another, who coped with the increasing shortages with relative ease. He marvelled (he liked marvelling) when someone said: ‘This is it – starvation’; when a neighbour with a two-year-old child suddenly stopped coming down into the air-raid shelter, because they would certainly perish from hunger if the bombs didn’t get them… Then came the day when it became impossible to be ignorant any longer. People were dying, though not in the way they died in the desert. On hearing the first cases of deaths among their acquaintances, people still thought: Is this the one I know? In broad daylight? In Leningrad? With a master’s degree? From starvation?”

Throughout the diary Ginzburg contemplates fear: “In besieged Leningrad we saw everything – but fear least of all. People heard the whistle of shells over their head with indifference. Waiting for a shell you know is coming is considerably harder; but everyone knew that if you heard it, it wasn’t going to land on you this time.”

For all her abstract debate there is also her practicality. She watches the food queues, and notices how difficult it is for men to wait, as if it is beneath their dignity. But women, the women queue with the weary patience of saints, or rather, the patience of mothers.

She looks to writers as a way of explaining her responses; Dante, Hamsun, Tolstoy. And as in so many instances, throughout literature, it is the ambivalent count, saint or sinner, hypocrite and hero, wise man and fool, who provides an answer of sorts; at least he does for Ginzburg: “Tolstoy understood the reversibility of extreme situations. He knew that the sky of Austerlitz would part asunder for only an instant; that Pierre in the interval between the barrel of the French rifle and the Tsarist casemate would again be a liberal gentleman.” This appears to satisfy her questing intelligence; “Of course it did: after this it’s hardly possible to chatter away again about, say, the lyric hero….Yes we thought…; but why, by whom was it established, that malnutrition was the reality and ordinary life a delusion?”

Lidiya Ginzburg’s Blockade Diary is not a cold book; she may not be weeping but it is thoughtful, reflective rather than defiant. Her irony sustains her. She does not set out to shock; it is too subtle for that. There is anger but it is balanced by reason and the wonder of how this could have possibly happened but it did. And no amount of bombs falling from the sky could balance the agony of the hunger as starving people felt their gums harden into iron in their mouths and they noticed that their skin had been turning into a loose, empty bag.