In a divided world, we need to learn how to agree to disagree 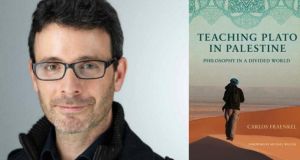 Over the past few years I’ve organised philosophy workshops around the world: with students at Palestinian and Indonesian universities, Hasidic Jews in New York, teenagers in Brazil, and an Iroquois community in Canada. We turned to philosophers from Plato to Nietzsche for help to tackle big questions: does God exist? Is piety worth it? Can violence be justified? What is social justice and how can we get there? Who should rule? And how shall we deal with the legacy of colonialism? Unsurprisingly, views in the discussions often clashed. That’s a good thing, I argue, as long as disagreement doesn’t turn into violence but is transformed into a culture of debate – an intellectual framework for discussing issues we deeply care about, but also deeply disagree on.

To be sure, we don’t want violent clashes – for example, Muslim fundamentalists gunning down cartoonists in Paris over cartoons of the Prophet Muhammad, or, a couple of decades back, Christian fundamentalists torching cinemas, also in Paris, for screening Martin Scorsese’s The Last Temptation of Christ. But although only a radical fringe uses violence to settle disagreements, real disagreements do persist. If we imagine the world engaged in a global conversation, the value of free speech wouldn’t be the only issue we don’t see eye to eye on. Questions we’d be debating would range from God and the origin of the universe to how one should live, from gender differences and education to politics and the relationship between political and religious power.

Sometimes disagreements erupt by accident. In my neighbourhood in Montreal there’s a Yeshiva (a Jewish Talmud school) across the street from the YMCA. A few years ago its rabbis, concerned about Yeshiva students getting distracted by women exercising in the gym, asked the YMCA to tint the windows. The YMCA’s secular users were outraged: “How dare religious Jews impose their standards of decency on us?” The skirmish offered a rare glimpse into the moral, religious and philosophical divide between citizens living side by side in the same city.

Paradoxically at first view, Western liberal societies don’t offer much support for having meaningful discussions. Advocates of laïcité in countries like France argue that our moral, religious and philosophical convictions shouldn’t leave the private sphere: you’re a citoyen in public and a Jew, Christian, or Muslim at home. Advocates of multiculturalism, in turn, ask us to celebrate our differences as if they were no reason for disagreement in the first place, but something beautiful – a multicultural “mosaic”. Both want to remove our reasons for objecting to beliefs and values we don’t share – secularists want to keep them out of sight, multiculturalists want to get rid of them altogether.

In some ways diversity is truly enriching: we can choose between Indian and Chinese for dinner, listen to klezmer, bossa nova or jazz, go to yoga classes or practice tai chi. Still, I don’t want my daughter to grow up in an orthodox Jewish, Christian, Muslim, or Hindu family (nor, for that matter, in a secular family in which Barbie dolls and Louis Vuitton bags shape the idea of femininity). We cannot take ourselves seriously and at the same time say that our deepest convictions are just as good as those of people we fundamentally disagree with.

A culture of debate steers a middle way between war and peace: we shouldn’t gun down people we disagree with, yet we should critically engage their views. What’s the benefit of that? We cannot take ourselves seriously, I said earlier, if we’re not convinced that we are right and people we disagree with wrong. But to be convinced of being right is no guarantee that we actually are right. Just consider the bewildering diversity of beliefs and values, all held with great conviction, across different times and cultures. A while back I became friends with Egyptian students when I was studying Arabic in Cairo. The better we got to know each other, the more we became concerned about each other’s way of life. They wanted to save my soul from eternally burning in hell by converting me to Islam. I wanted to save them from wasting their real life for an illusory afterlife by converting them to my secular worldview.

“Can one prove God’s existence?” was one question we discussed. I was surprised – in the circles I normally move in that question doesn’t come up. I argued that one cannot; they offered a proof. I pointed out a flaw; they came up with an improved version. The discussion ended inconclusively.

I didn’t convert to Islam, nor did my Egyptian friends become atheists. But I realised that I hadn’t properly thought through some of my most basic convictions – from my atheism to my idea about how to live. So if we can’t be sure that we’re right when we think we are – shouldn’t we welcome opportunities to test our beliefs in discussions with people who disagree with us? Often these beliefs just stem from the accidental circumstances of our upbringing: parents, teachers, and whatever other influences we happened to be exposed to: from media, fashion and marketing to political rhetoric and religious ideology. Debates across cultural boundaries can take on the role of the Socratic gadfly: if we engage someone who doesn’t share our cultural narratives, we must argue for our views.

Of course diversity and disagreement on their own aren’t enough (otherwise the Middle East and the Balkans would be philosophical debating clubs). Instead they often generate frustration or, worse, war. That’s why we need a culture of debate. To this end we need to acquire two things: techniques of debate – logical and semantic tools that help us clarify our views and make and respond to arguments. And virtues of debate – loving the truth more than winning an argument, and trying our best to understand the viewpoint of the opponent.

Of course we don’t want to get into shouting matches over God’s existence or the right way to live in the supermarket. But I see no reason why we should either ignore or celebrate our differences rather than creating social and intellectual spaces where we can discuss what matters most to us.

Carlos Fraenkel teaches philosophy and religion at the University of Oxford and McGill University in Montreal. His new book, Teaching Plato in Palestine: Philosophy in a Divided World, is published this month by Princeton University Press