How to Fail review: true stories told with humility 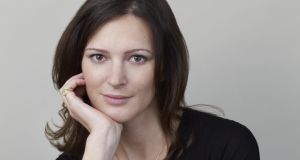 Elizabeth Day: ‘measured, wise, and generous to those who have wronged her’

Book Title:
How to Fail: Everything I’ve Ever Learned From Things Going Wrong

If I were to buy a book for a friend who’s going through a tough time – a break up, maybe, or a career setback – or, not even a tough time, just the general erosion of life: its expectations and rug pulls; maybe this friend has reached a dreaded birthday and isn’t the person their childhood-self had envisioned; maybe they’re not having as much fun as they’re “supposed” to be having, not ticking the boxes they’re “supposed” to be ticking; maybe they’re childless, divorced, living with their parents; maybe they’re none of these things but still feel totally at sea . . . I’d press How to Fail by Elizabeth Day into their hands. Take this, I’d say, and go away somewhere (Day went to LA when everything went belly-up for her – why not there?). And they would go. And they would read. And, as they read, a flood of strength would fill their body – heart pumping, muscles knitting and growing – and slowly but surely, they would feel whole and new and able.

I’m not being schmaltzy here, or maybe I am, but I’m also being sincere.

There are books that help people in very real ways and often these are not the literary beacons of excellence we exalt, but true stories told with humility. How to Fail is just that. Described as “part memoir, part manifesto” it is Day’s first non-fiction title, and is sure to be a wildly popular accompaniment to her hit podcast of the same name.

“I’m aware of the irony,” Day admits, in reference to the fact that a podcast about failure was the most successful thing she’s ever done.

Day’s CV further bolsters this irony. A Cambridge graduate who went on to become an accomplished journalist for The Observer and publish four novels to date, she hardly seems qualified to proselytise on failure. Her podcast guests – Sebastian Faulks, Dolly Alderton, Deborah Frances White, David Nicholls, and more – are no deadbeats either.

Of course, irony is part of the game: the idea that failure and success are so intertwined they are almost the same thing.

“This is a podcast about learning from our mistakes and understanding that why we fail ultimately makes us stronger,” goes the tagline. “Because learning how to fail in life actually means learning how to succeed better.”

Is that how we should read the book, then – this thing whose title literally appears upside-down on the front cover – hold it up to a rear-view mirror and it might read How to Succeed? Maybe. We could try. Like a fad diet, it would work for a while. But I think there is more to this book than can be contained in a cute tagline. Besides, mirrors don’t really work that way.

Let’s take Day’s life, for starters. It is surprisingly varied and interesting. Never slow to acknowledge her privilege, she still hits us with sucker punches of adversity, and if not adversity, then peculiarity.

The words raw, brave and honest come to mind. (This is a confessional tome, after all.) But what she’s owning up to here is not failure – not really – it is failure’s shameful alter ego, desire. That’s the raw, brave and honest part. It’s embarrassing to tell your reader that along with wanting to be a “kick-ass alpha female in the office”, you also “wanted to do all the domestic stuff” because you thought it made you into a perfect specimen of womanhood. It’s embarrassing to say you made yourself available for an ex who had broken it off just because you were desperate to convince yourself you were lovable enough. But Day does and I, for one, am glad.

Others will be glad, too – the woman who had been told at 15 she would never be able to have children; the advertising executive signed off work with chronic fatigue; and the person who was in intensive care after a stem-cell transplant. These are just some of the people who found solace in Day’s How to Fail podcast.

Likewise, the book is life-affirming and permission-giving and will help anyone who has ever felt less-than, regardless of circumstance.

The prose is open and unfiltered.

“I failed at exams and a driving test.”

“I failed to make the boy I liked fancy me back.”

“I failed to fit in at school.”

“I failed at a marriage and was divorced by 36.”

“I failed to have the children I always thought I wanted.”

Maybe there is potential for ugliness, for being misunderstood as petty, or naive. But sensitive readers won’t see it that way.

The humble “I” – “I failed” – can bend and refract. Through it, we see the expectations of a whole society: one must pass exams, be fancied, fit in, marry and have kids.

If this book is an instructive exercise, then like all good teachers Day makes herself the fool so that we might learn.

Ultimately, though, there is no lesson here, or whatever lesson exists has nothing to do with failure or success.

Rather, it is about what happens when we are vulnerable. In that “I” is the possibility for connection: “I failed, too” – “we failed”.

The real manifesto is empathy: “If you turn the final page having in some small way recognised yourself and felt less alone, then that makes me happy,” says Day, in the afterword.

So try it: hold this book up to the rear-view mirror. You might just see yourself.