How Are You Going to Save Yourself by JM Holmes: sharp, vibrant tales 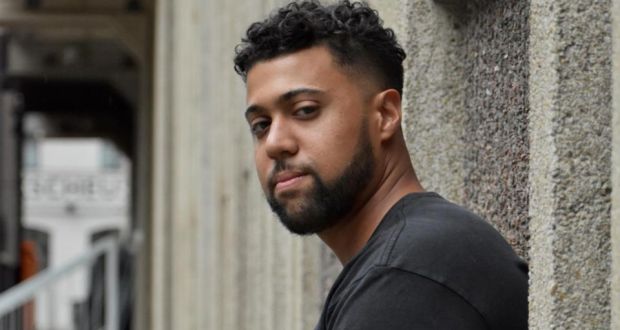 JM Holmes: the collection is peppered with sharp observations on race

Book Title:
How Are You Going to Save Yourself?

With excellent pedigree for a debut author, including stories published in the White Review and the Paris Review, and a fellowship from the renowned Iowa Writers’ Workshop, expectations for the American author JM Holmes’ first collection are high. Exploring the lives of four African-American friends from a working-class town in Rhode Island, How Are You Going to Save Yourself for the most part achieves what it sets out to do, offering a layered and occasionally unsettling look at race, relationships and sex among a group of men in early adulthood.

It is not a collection without flaws, however, some of which have a tendency to drag down otherwise vibrant tales. Holmes switches clumsily between characters in his stories, diluting the power of scenes. This is most obvious in the otherwise gripping Be Good to Me, which charts the relationship, if you can call it that, between one of the four friends, Rolls, and the impressionable high school senior Tayla.

Rolls is the kind of gent who ignores Tayla at parties and then later holds her head down when she tries to stop giving him oral sex in a car. Both characters’ perspectives are interesting, but as the stakes rise to a grim situation where Tayla is pressured into group sex without her consent, her voice wins out: “He stared Tayla straight in the eye and she felt her body tense. They were all focused on her, but not really her, some imagined girl. Their eyes were buried in her body.”

Holmes is strong on dialogue, and the dialect of the four friends when they’re hanging out together

It is a clever and emotive piece of writing, third in this interlinked collection of nine stories, leaving the reader with a feeling of complicity as subsequent stories show the rapists in more sympathetic light. The most morally compromised of the quartet is Dubs – brooding, violent, ready to turn on anyone, even his friends. He instigates a hold-up of an RV of rich white kids in the muddled story Toll for the Passengers. In Outside Tacoma, his racist remarks about Asian people stun guests at a party in upper Manhattan, a moment that is documented brilliantly by Holmes.

The collection is peppered with sharp observations on race. From the white woman who debases Rolls during sex by calling him the n-word (and the searing admission that it turned him on), to the cops who harass the boys as they sit on a kerb, the deplorability is depicted in memorable lines and images: “I thought about the type of white women who went out in search of that, the ones who kept the word in the backs of their throats – an ugly appetite.”

Holmes structures his collection in a way that calls attention to biases. Having set Dubs up as a kind of villain, the penultimate story Dresscode shows the man’s vulnerability as he struggles to keep his girlfriend Simone against a backdrop of disadvantage and poverty: “In a different life, they would settle down like his bro and his wife, in a suburb, have people over for parties. He tried to laugh at himself. What type of caged-bird shit was that?”

This story is typical of a recurring problem of trying to do too much. It flits awkwardly between Simone and Dubs’ viewpoints, with their pet names for each other causing further problems. Elsewhere the author’s hand is evident in stories that are frontloaded with exposition. In The Legend of Lonnie Lion, Lonnie’s past as a former sporting hero is related without nuance by his mixed-race son Gio, the collection’s main narrator. The juxtaposition of Lonnie’s downward spiral with his teenage son’s sexual exploits works well enough, though clarity of purpose is lost amid too many voices and too much action.

The occasional non sequitur doesn’t help matters. “Wandering eyes aside, they had seemed to sparkle in their suburban home near Denver,” Gio tells us about a girlfriend’s parents. In another story, an ex brushes him off because she knows about his current girlfriend “the way millennials know about the Cold War” (while the same girl’s thighs “billow” in her shorts).

Holmes is strong on dialogue, and the dialect of the four friends when they’re hanging out together. The edgy one-upmanship, the nicknames, the language they use to skirt around issues of sex and masculinity – “he caught shade”, “he didn’t smash” – the reclaiming of the n-word: “I had some friends from college that used the word like a blanket, for punctuation in mixed company, for armour.”

A neat circuity links the collection’s opening and closing stories, both steeped in the politics of race, sex and violence – and the angry young men trying to find a way to sidestep the legacies. It is fitting that the question of the title gets no clear answer from any of the four friends by the collection’s end. In Holmes’ gritty, volatile world there are few saviours.