Her life was cut short but mine, for whatever reason, was allowed to run on

I am, I am, I am review: I can count on one hand the books that made me cry and still have two fingers spare – this is one by Maggie O'Farrell is one of them 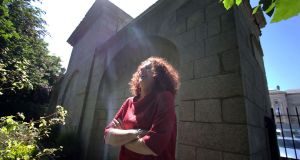 By stripping herself of the storytelling apparatus of her novels, Maggie O’Farrell has arrived at something more affecting: wise, terrifying, vital and important. Photograph: Nick Bradshaw 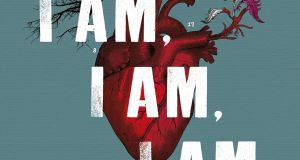 Book Title:
I am, I am, I am: Seventeen Brushes with Death

Maggie O’Farrell is the author of seven novels. This is her first (and only, she asserts) memoir. I am, I am, I am takes its title from Sylvia Plath’s The Bell Jar: “I took a deep breath and listened to the old brag of my heart. I am, I am, I am.” When asked by her mother what she’s working on, “I tell her I’m trying to write a life, told only through near-death experiences.”

I am, I am, I am is not narrated chronologically, but by the organ or body part primarily affected: the neck, the lungs, the abdomen, etc. Each chapter is accompanied by an antique medical drawing of the part in peril: the book itself is a beautifully produced object, from the proceeds of which a donation will made to the Anaphylaxis Campaign and Medical Alert Dogs. These events “take up residence inside you and become part of who you are, like a heart stent or a pin that holds together a broken bone”.

In the opening chapter, O’Farrell – a teenager away from home on a summer job – encounters a man whom she realises has lain in wait for her. “Hello again,” he says. He tells her to look at the eider ducks and places the strap of his binoculars around her neck. She employs her cunning to escape, and reports the incident. “Sounds terrifying,” the policeman sneers at her. Within weeks, the man has strangled another young woman with the same binocular strap. Of his victim, O’Farrell writes: “It wouldn’t be an exaggeration to say that I think about her, if not every day then most days. I am aware of her life, which was cut off, curtailed, snipped short, whereas mine, for whatever reason, was allowed to run on.”

Many of the incidents recounted in I am, I am, I am have appeared in the novels – a particularly violent emergency caesarean section, drowning, harrowing eczema – but the near-strangling defied fictionalising for O’Farrell. Indeed, she told no one, not her family, not her friends. The first person she revealed it to was the man she would later marry. The experience “is not something to be lightly articulated, moulded into anecdote, formed into a familiar spoken groove to be told and retold over a dinner table or on the telephone, passed from teller to teller”. A deeper imperative drives her to recount it now: her daughter’s welfare. “Because you are six years old. Because there are people out there who want to hurt you and you will never know why. Because I haven’t yet worked out how to explain these things to you. But I will.”

O’Farrell is a bestselling author with a substantial readership. I am, I am, I am was originally written not for this readership, but for her daughter who suffers from a severe immunology disorder and for whom death by anaphylactic shock is an everyday reality: “if an egg is cracked nearby. Or if she is stung by a bee or a wasp. If she touches the hand of someone who has been eating nuts or egg or salad with pumpkin oil. If she enters a cloakroom and one of the coats has a peanut in its pocket.” Perhaps it is the absence of the notion of an audience, other than this imperilled child who “could, at any moment, be snatched from you” and who “you make sure you say goodbye to, properly and with eye contact, every time she leaves the house”, that makes this book so electric.

The longest essay in the book, which deals with the encephalitis O’Farrell contracted at the age of eight, is astonishing and should be read by everyone working with sick children. O’Farrell describes the illness itself, her panic during the CAT scan, waking up to find Jimmy Saville hovering over her. (“You can go. I’ll look after her,” he tells the nurse, admiring the picture of O’Farrell in her ballet leotard. But the nurse “stayed there, hovering behind him, refusing to abandon her post: another saviour, another seraph in disguise.”) It concludes with O’Farrell overhearing a nurse’s conversation from which she learns that she is dying. “I heard the unseen child and nurse proceed to discuss my imminent demise. When might it occur? Soon – tomorrow, the day after, some time this week, I learnt. Why was it happening? I was very ill. Why couldn’t the doctor’s make me better? My illness was too serious. Did that mean I was never going home? No, I was never going home. Was I going to Heaven? Yes, came the answer, in a didactic tone, because I had been a good girl and had taken all my medicine.”

There is an openness in the contemporary novel towards fictionalising aspects of the author’s life: the trilogy Rachel Cusk is currently at work on, the brilliant essay on writing at the heart of Kevin Barry’s Beatlebone, Chris Kraus’s I Love Dick, the Knausgaard My Struggle cycle. O’Farrell has previously used her personal experience in her novels, but has applied the traditional tools of the novel to that experience: inventing characters, plot, setting, etc. By stripping herself of the storytelling apparatus of her novels – or perhaps by applying that storytelling apparatus directly to her life – O’Farrell has arrived at something more affecting: wise, terrifying, vital and important.

The last near-death experience is set in rural Italy as O’Farrell and her husband and children rush around remote country roads in search of a hospital. The satnav is reading a blank. Death is in the car with them, but this time he doesn’t want O’Farrell. This time, Death has come for the child in her arms. But O’Farrell isn’t going to let him have her. “Oh no you don’t. Not now, not here. You’re not getting her, not today, not any time soon.” I can count on one hand the books that made me cry and still have two fingers spare. I am, I am, I am is one of them.

Dublin could be heaven: Frank McDonald reimagines the capital
2

The King of Warsaw: A cinematic and thoughtful thriller
4