‘I am very grateful to have won a Hennessy Award, even if I feel a bit of a fraud in that I didn’t go on to have a career as a fiction writer, which many people do’

I still have the letter dated 16 October 1997 that informed me I had been shortlisted for a Hennessy Literary Award in Fiction. It was signed by Ciaran Carty, the then arts editor of the Sunday Tribune. I don’t even have a copy of the first article I ever wrote for The Irish Times, but somehow, I’ve hung onto that piece of paper over all the years.

I had been shortlisted for a Hennessy Award for poetry some years previously; a year in which poet Mary O’Malley won that category, so I couldn’t have been in better literary company. That awards lunch was very fancy indeed, and was held at the Royal Irish Hospital in Kilmainham. On that occasion, I had received the letter notifying me of being shortlisted, via post restante at a post office in Achill, Co Mayo. This was long before email.

I was mid-way through a three-month journey of hitchhiking round the coast of Ireland; an experience I turned into a book the following year. I broke my journey to travel to Dublin for the awards lunch. As there were only jeans and jumpers in my rucksack, I borrowed a dress from the friend I was staying with in Dublin. I can’t recall what I did for footwear, but it’s entirely possible I turned up for the awards lunch wearing a lovely borrowed frock and a pair of thrashed leather hiking boots.

At the time I was shortlisted for the Hennessy in Fiction, I had not been back in Ireland long. Travels had taken me far from Ireland for some years. I was some three months into working as a reporter for The Irish Times, having been encouraged to contribute ideas by the late Caroline Walsh, a superb editor and mentor to many.

About a year or so previously, I had tried writing short stories. I wrote two or three that I loathed. I loathed them so much I can’t now remember what any of them were about, except that one was set at a meat auction in a city in the north of England. But there was one story I did like, and it was that one I had sent into the Hennessy Awards.

The story was about a man who had received an unexpected diagnosis of terminal cancer. It was set in Kerry, on a day’s outing, during which he had planned to tell the news to his unsuspecting wife and daughter.

The story ends without him saying anything at all to them.

Ideas come from strange places. My starting point for that story came from a piece of land by the sea on the Dingle peninsula I once walked regularly. When it rained, and the earth loosened, clear white crystals could be found gleaming on the black soil. I loved the idea of geological secrets being revealed; of these hidden little pieces of light glowing under the earth, until the rain came and random walkers found them. I wanted the story to be about a piece of hidden information, information that would remain hidden.

I won my category with that story. I was astounded. I had assumed people were told in advance of having won, but until the second my name was called out at the reception in the Dublin Writers’ Museum, I had no clue at all. Roddy Doyle, one of the judges, said lovely things about the story, which was almost as valuable to me as the cheque for £1,000 I received, along with the Hennessy mascot, a St Bernard dog on a piece of marble so heavy I almost dropped it on the photographer’s foot.

When I came into work the next day, John Banville, our then literary editor, congratulated me, and briefly made me feel like I had won the Nobel Prize. People took the Hennessy Awards seriously, and still do.

It’s a big deal to get shortlisted in a category, let alone win. The overall winner in my year was the Irish language writer, Micheál Ó Conghaile, who has gone on to write many great books, and win many more awards.

As for me, I never wrote another short story. I loved writing, and still do, but I found it almost impossibly difficult to write with authenticity about things I was making up. I was discovering a career as a journalist, and to me, writing about real people’s lives was so much more endlessly interesting and rewarding than struggling with trying to invent things. I had finally discovered the genre of writing that I really, really loved.

I am very grateful to have won a Hennessy Award, even if I feel a bit of a fraud in that I didn’t go on to have a career as a fiction writer, which many people do. Having your work publicly recognised in such a way really does matter to writers starting off, especially by the many outstanding established writers who have acted as judges over time. For me, I think winning helped me onwards with my then nascent career as a journalist. Winning any prize that recognises an ability to write can only ever be good news to the editors who commission you.

Now that the Hennessy Awards have moved to The Irish Times, and remain under the aegis of Ciaran Carty, I can only be fonder than ever of them. It’s a fabulous opportunity for any writer trying to make their name. Do enter. 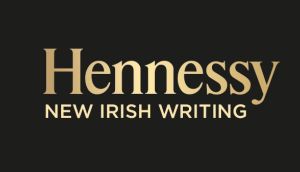 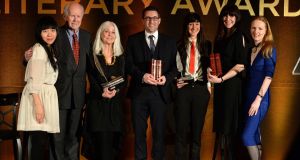