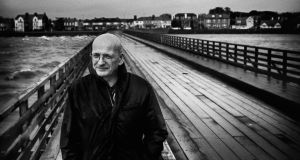 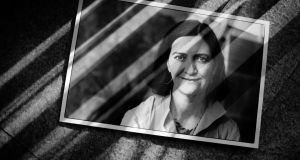 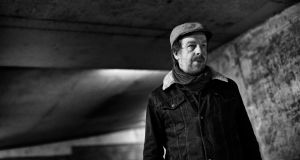 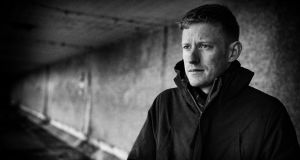 An initial and understandable response to this selection must be to ask: why such a long wait for an Irish issue? The always interesting, often intriguing and at times tantalising Granta magazine inhabits a space it has made its own: a literary journal possessing the confidence and substance of a book. Granta is often at its best when it is thematic, inviting writers to approach a specific subject. The balance of fiction and nonfiction works well, and as the voices are international the representational aspect is always exciting.

Then there have been its spotlights on writing from individual countries. In the early 1980s Granta introduced the first of its Best Young Writers. It happened to be a selection of emerging British writers. The class of 1983 was pretty impressive, featuring Martin Amis, Ian McEwan and Kazuo Ishiguro. There have been two further instalments. As recently as 2012 there was a Best of Young Brazilian Novelists, and there have also been two issues devoted to young American novelists.

This Irish edition is different. It is offering new Irish writing. Just when you’re wondering if Claire Keegan is included – she’s not – and which new Irish writers feature, a glance at the cover reveals the ubiquitous face of Colm Tóibín. Considering the range of poetry, drama, academic writing, art history and fiction being written in Ireland, it is curious that Granta did not opt for a neutral cover, a landscape shot, instead of depicting six of the 20 featured writers, four on the front and two on the back. Granta’s other national selections used arty covers, no writers favoured above others.

The introduction is not the expected considered essay on the state of Irish writing; instead the publisher offers a generalised welcome note. Too quickly a sense of the celebratory creeps in. The general tone appears to be one of “come into the parlour”. Yet Irish writing has always avoided the complacency of much of its British equivalent. Very few of the extracts and stories collected here could be classified as complacent.

That said, the only complacent note sounded is, most astonishingly, by the gifted stylist Kevin Barry. For the first time, in years of having read his every published word, I found his memoir, revisiting his years in Cork, dull and laboured, as if the act of remembering did not quite engage his mercurial mind.

There is a moment of insight that lingers, as it reveals that Barry has worked hard at perfecting the linguistic fluency of his prose: “I would spend hours trying to describe the place. 4 a.m. An empty flat. An electric typewriter (would you believe), a box of fags, and all the usual rookie mistakes – trying to describe something that had happened last week, or last month, or last year, without allowing the soak of time, and perspective, in the process.”

Barry is first up to bat, and I read his first. After that I abandoned chronology and arrived at Colin Barrett’s The Visitor, so very good it hurts for its humour and for its subtle hint of very real pain and loneliness. This could be the finest work in the issue, although Emma Donoghue’s extract from The Wonder, a forthcoming novel, leaves a reader anxious to read the completed work.

But back to Barrett, already a master. “The dog was some sort of overbred weedling with a ribcage fine-boned as a chicken’s, a wizened rat’s face and a goony, perpetually bloodshot stare that made Dev Hendrick want to punt the thing over the garden gate. Not that the creature ventured outdoors much . . . crooning with territorial rancour at anyone that was not Dev’s mother. Now that she was dead, that meant everyone.” Dev quickly emerges as a lonely character who, having quit his factory job a month after his mother’s funeral, has spent the past two years largely at home, babysitting drugs for a gang of dealers.

Barrett’s control of the story is intoxicating. It is as if we are sitting in the messy house, waiting for the knock at the door. When it does come it reveals two local thugs, dragging a silent boy with them. Once the two hoods leave, the boy recovers his ability to speak and asks Dev about the dog. Dev has no idea about the dog’s breeding. The boy is shocked. “How do you not know?”

What makes a good story? How long is a piece of string? Barrett knows the magic formula; the dialogue is brilliant. Dev asks the boy if he is hungry and the boy shoots back: “I haven’t done anything.” Dev asks again and the boy replies: “They took my phone.”

All the while in the background a very real sense of menace is seeping through. Yet there is also the sheer humanity of these underbelly lives.

Elsewhere, in Smile, spanning little more than seven pages in which he doesn’t waste a word, Roddy Doyle filters a very moving story through a shell of comic reminiscence. The narrator recalls the dreadful day a chance remark went on to cause him difficulty. It seemed so innocent, yet when the funny-looking little brother who taught him French in first year said, “Victor Forde, I can never resist your smile,” the fallout is complex. It’s a wise, eloquent story, which speaks volumes and reiterates that Doyle’s humour is often deadly serious.

Doyle and the prolific Tóibín, represented by A Visit to the Zoo, in which a son watches his philosopher father approach death, may now be considered elder statesmen.

As readers always react to omissions, one might understandably ask about the absentees. Eoin McNamee and Neil Jordan, whose recent novel may well have been extracted in time, would have been notable additions, as would Sebastian Barry and Marian Keyes. Timing and possible work-in-progress to hand must have determined this selection, which ranges from superb to weak. I would have favoured a fatter book with fewer photographic essays.

Donoghue’s The Wonder tells the story of a young girl who appears to have stopped eating and is existing on air. Some of the people around her, in what appears to be 19th-century Ireland, have no difficulties with the miraculous, but a pragmatic English nurse is somewhat perturbed. Donoghue is a writer of such integrity and vision that it seems she never is adequately praised. The Wonder is a novel to read.

Another of the stronger stories is by William Wall, who was Man Booker longlisted in 2005 for This Is the Country and who remains undersung. The Mountain Road, which packs the dramatic punch of a Marina Carr play, follows Cait Deane as she processes the events surrounding a former lover’s suicide. He also killed his daughters.

Cait has her own sorrow yet is alert to locals’ hostility to her. She is in pain, yet her irony remains intact. As she pushes her bike uphill, where the funeral home, graveyard and church cluster, she remarks: “People joked that it was the only town in Ireland where you had to climb up to your grave.” That wry blackness informs the best of Irish writing.