Gone to Earth review: When the past refuses to stay buried 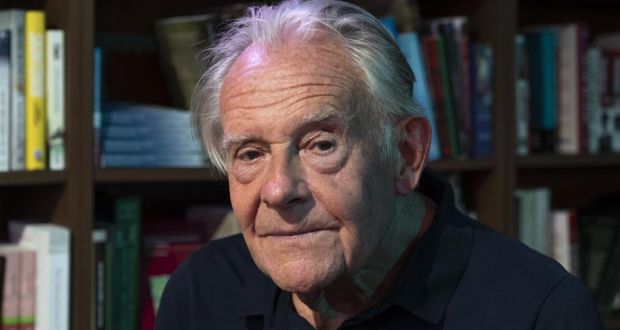 “In our country,” says a Spanish character in Maurice Leitch’s 12th novel, “no one forgets, not even those who don’t remember.” Set in Franco’s Spain in the late 1950s, Gone to Earth is filled with characters trying fruitlessly to escape their past. The historical American crooner Johnnie Ray, fictionalised here by the Co Antrim-born writer, has come to reinvigorate his ego and failing career with some concerts in Torremolinos. He stays in the Miramar hotel, glamorous in a seedy, small-time way, which attracts local Fascist officials, depressed anglophones and poor Spanish workers.

Adriana, the head housekeeper, was married to the town’s Socialist mayor before it fell to Franco, and still lives with stigma. Eugene Furlong, an Irish expat with a limp, is “just another foreigner escaping from a past which was his business and no one else’s”. That past involved going to fight in the Fifteenth Bandera for the Catholics, and therefore for Franco.

The only character who voluntarily relives his past all day, every day, does so because it’s all there is. For 20 years, Adriana’s husband Diego, presumed dead by the authorities, has hidden at the top of her house. “Back and forth he paces, four steps forward, the same back, as familiar with the dimensions of his confinement as any convict in his cell before going back to writing about the past to take his mind off the even more dangerous present.” A sequence of events will link all these would-be escapees, and threaten to expose what they wish to keep hidden.

Leitch evokes Fascist Spain’s soiled, aspirant glamour and its menace: wives of the wealthy “in furs even though the night was exceptionally balmy for the time of year”; streets patrolled by civil guards in “those dark green uniforms and comic opera hats”. Through this atmosphere American drifters move carelessly,”so at ease in [Adriana’s] own country yet so far from their own”. Unless they are African Americans, in which case they are arrested for minor infractions.

The violence of the Civil War, too, lives in the small details. In Socialist villages, Franco’s north-African Regulares “grabbed the men by the shirt looking for the telltale bruise from a rifle’s recoil on their right shoulder”. Diego remembers a harrowing scene in which fleeing leftists, abandoned by British ships on the shore, were “throwing suitcases in the water, the sea turning yellow from the saffron inside, almost as valuable as gold”. The (mildly) less violent downtime is also vivid: Irish mercenaries, at their first bullfight, “cheered on the bull instead of its human adversary”.

‘Back on the sauce’

Because of the subject matter, it’s hard to blame the male protagonists for being somewhere down the road of alcoholism. For the author and reader, though, this produces a homogenous wallowing that could have done with a little more air, and exorcism. While Diego is starting to drink more and more on his own, the other two have been at it for years. Johnnie is “back on the sauce again”, we are told. It is hinted, but never overtly expressed by the character’s own thoughts, that this is because he is a gay matinee idol in the McCarthy days.

The historical Johnnie Ray was indeed arrested multiple times for soliciting men. Slimy Fascist hangers-on mention rumours. But his desires or the persecution of them don’t flit through the head of Leitch’s Johnnie in the way Eugene’s desire for Adriana, or memories of an Irish first love, flit through his. They don’t leave a trace.

He has a mentorly relationship with a young bartender, which appears like a coded understanding. At another moment, he feels a young American might have seen him for “who he is after all”, which isn’t followed up. That’s about it. It’s hard to see Leitch’s authorial choice as the character’s own subtle suppression of his true self, the powerful leaving of a thing unsaid, because the novel is built to accommodate the other three protagonists’ uninhibited reflection. This unbalances the book technically and aesthetically, but it also tantalises with fictional roads not taken.

Eugene’s military backstory, for one, could have made for a novel of its own. It almost feels squandered here, making up a quater of these 200 pages. How Irish Catholics were indoctrinated “by the cinema newsreels back home of churches being torched” and promises from bishops that “for every Red you killed it meant a year less in Purgatory”; that bares all the hallmarks of the most challenging, important fiction. If this past refuses to stay buried, as Leitch’s novel attests, it’s a novelistic crime not to fully excavate it.