Going into the City: Portrait of the Critic as a Young Man by Robert Christgau

Review: Memoir of a rock critic prince at play in his court 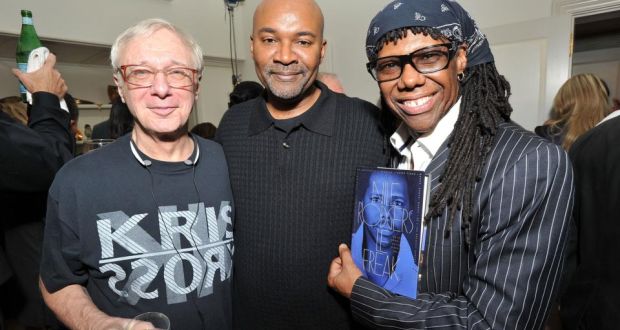 Book Title:
Going Into the City: Portrait of the Critic As A Young Man

Some sobriquets stick. The rock and pop critic Robert Christgau blames a night on the gargle for why he dubbed himself the dean of American rock critics. But the title fitted the man: Christgau stole a march on his peers by putting his own definition on the form.

Richard Goldstein and Jane Scott may have been first to the punch when it came to writing about rock and pop, and Greil Marcus and Lester Bangs may have gone for depth and sparkle, respectively, when they reached for their typewriters, but Christgau was definitely in the vanguard.

He resided for decades at the Village Voice, the New York alternative publication, where he handed out fiercely finessed and often fussy grades to new albums week after week. Even after the Voice let him go, in 2006, Christgau continued with his commitment to evaluate new releases. About 15,000 album reviews bear his byline.

He was never an interviewer or feature writer of note, so those reviews are his legacy. A Christgau review in his Consumer Guide columns may be bite-sized, but he crams a lot into those carefully chosen words. Always erudite, often catty, usually dense and never mundane, Christgau’s style has attracted both admirers and detractors. Acts such as Lou Reed and Sonic Youth took exception over the years to his words, yet the critic would argue that their pushback – both artists put their anti-Christgau feelings on record – shows that he’s doing his job properly.

As we learn from his memoir, upsetting the city’s downtown art-scene royalty was not on the agenda as Christgau was growing up in a fairly comfortable background in Queens, in New York. His imagination fired from listening to the radio disc jockey Alan Feed, the kid made his first trips into the city, like many others, simply to buy records. After attending Dartmouth College and leaving with an English degree, Christgau began to veer into journalism, with pieces for magazines such as New York, Esquire and Ramparts.

Over the years he put his mark on the magazine’s pages, showboating and grandstanding with his reviews and opinions. It was the golden age, a time when a critic could set an agenda of sorts and a world where a critical castigation from Christgau could go viral (once people worked out what his mix of hipster slang, articulate theory and occasionally bewildering sentences actually meant). It was also a golden age, in that New York was the centre of that universe and a downtown club like Hilly Kristal’s CBGB played host to shapeshifters such as Television, Patti Smith, Talking Heads, The Ramones and Blondie.

Christgau was there to hang out and take it all in, a prince at play in his court. In keeping with his reviewing style, the memoir clips along at a fast pace. Others might have wrung much more out of meeting and hanging with the luminaries who populated those times; Christgau files away encounters with John Lennon, Yoko Ono and others like they’re just another record release.

Instead it’s Christgau’s relationships with first Ellen Willis, a writer at the New Yorker (“the smartest person I’ve ever known”), and then Carola Dibell, his wife for more than 40 years, that contain the emotional fibre of Going into the City. His thoughts and recollections on the sex and love provided by these relationships are what really frame the book. The critic baring his vulnerabilities like this is a welcome sight, though many will wince at some of the excruciating details, such as Christgau’s reaction after Willis was raped.

As an eyewitness account of how rock criticism began to reflect the music’s growing cultural heft, Going into the City is an impressive, detailed, colourful and evocative read. But it’s as an insight into what made one of the pre-eminent critics of the last 40 years really sing that this memoir really makes a mark. As the dean himself might put it, B+.